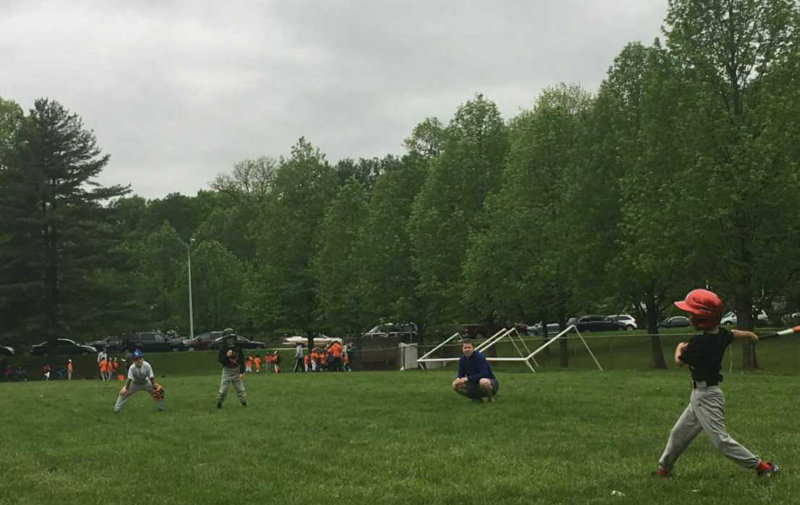 I sit on the bleacher and watch our little boy play, and it occurs to me in a flash: My baby boy isn’t that little anymore.

It’s not just that he’s getting tall. There’s something different about the way our 7-year-old acts out on the baseball field, the way he holds himself.

He’s no longer drawing patterns in the dirt or plucking blades of grass. He’s watching the batter at home plate.

He’s swinging the bat and hitting the ball in a graceful arc that lands in the field.

He’s rounding the bases with purpose.

He’s listening to his coach and chatting with his teammates as they run on and off the field.

He doesn’t look like a little child. He looks like…well…like a baseball player.

I try to remember times in my life when I found something I enjoyed so much that I wanted to do it forever. It was never baseball—or any sport—for me, but many of those times helped me realize I wanted to be a mother and a writer. Maybe it’s those moments that are the ones that give us a glimpse into who we are and who we will become.

As I watch our baseball player on the field, I marvel at the focus he brings to a simple practice on a gorgeous spring night. He could be flying down the sidewalk on his bicycle or chasing bunnies through our yard. Instead he’s dressed in his full uniform for a practice, tossing baseballs back to the coach.

I can’t tell whether he’s one of the better players on the team. That doesn’t matter. I know he’s right where he needs to be right now. And so am I.