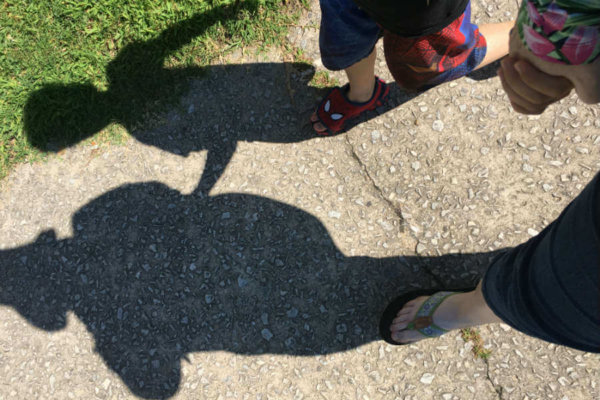 It was a warm summer day on the beach, and I was just watching the children play in the waves. Suddenly I noticed my younger brother was standing next to me.

“Richard has to use the bathroom,” he said. “I’ll walk him home and bring him back.”

I looked out at the ocean, where our boys were jumping and splashing together. Then I looked at my almost-5-year-old nephew.

“Why don’t you stay here, and I’ll walk him home?” I said. It’s not often I get one-on-one time with one of my nieces or nephews, and I love learning more about each of them. And Richard is a third child like me. I have a thing for third children.

So we started off. As we walked, I described what I saw, and he mostly listened.

Then I remembered that his birthday was just a few weeks away.

“What are you hoping you’ll get for your birthday?” I asked. 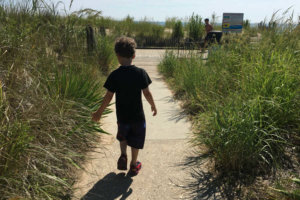 We talked about toys he owns and toys he wishes he owned. It wasn’t too long before I knew he was hoping for a toy squid, a toy sea turtle, and a toy tarantula. Easy peasy, I thought. Aunt Rita can pull that off.

And now that he had started talking, I was learning more and more. I asked what he wanted to be when he grew up, and he took some time to think.

Being with this little guy reminded me of not so long ago when our boys were his age. But he also didn’t remind me of them at all. He’s his own person with his own hopes and wishes and dreams and his own view of the world.

We reached the house, completed our mission, and headed back to the beach. He walked with me, holding my hand until we saw the sand, and then he hurried on ahead, eager to get back to the beach and his siblings and cousins.

Our time together was brief, but I had enjoyed every moment. I also had the insight I needed. And I was determined to track down a toy squid.