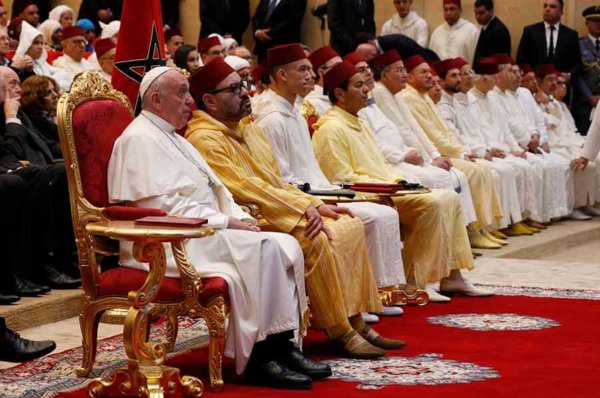 A. It would be a misreading to think that Vatican II does not encourage bringing people to the Catholic faith. The church still honors Christ’s Great Commission (Mt 28:19): to make disciples of all nations and baptize them in the name of the Father and of the Son and of the Holy Spirit.

One need only look at the council’s Decree on Ecumenism, which states that “our separated brethren … are not blessed with that unity which Jesus Christ wished to bestow on all those who through him were born again into one body. … For it is only through Christ’s Catholic Church, which is ‘the all-embracing means of salvation,’ that they can benefit fully from the means of salvation” (No. 3).

But that leaves the question as to how the church should go about bringing those people into the church. In March 2019, speaking in predominantly Muslim Morocco, Pope Francis rejected proselytism, which I would take to mean forced or pressured conversion, coupled with a lack of respect for the religious faith of others. In Morocco, Pope Francis quoted from a 2007 homily in which Pope Benedict XVI had said, “The church grows not through proselytism, but through attraction, through witness.”

As for those who believe that only Catholics can be saved, that is not the church’s teaching. True, all salvation does come through the death and resurrection of Jesus, but the Catechism of the Catholic Church clearly says, quoting Vatican II’s Dogmatic Constitution on the Church:

“Those who, through no fault of their own, do not know the Gospel of Christ or his church, but who nevertheless seek God with a sincere heart, and, moved by grace, try in their actions to do his will as they know it through the dictates of their conscience — those too may achieve eternal salvation” (No. 847).

Q. When I attended parochial school, we were taught that a priest could not say Mass by himself and needed at least one other person as his “congregation.” But lately I have been told that priests are required to celebrate Mass every day, even if there are no other people present. Which is correct? (Milladore, Wisconsin)

A. Actually, neither statement is completely correct. Let me explain. As to whether a priest can celebrate Mass without a congregation, the church’s Code of Canon Law, reflecting the fact that the Eucharist is primarily an act of public worship rather that a private devotion, says, “Except for a just and reasonable cause, a priest is not to celebrate the eucharistic sacrifice without the participation of at least some member of the faithful” (Canon 906).

The code leaves it to the priest to measure the “just and reasonable cause,” and I will tell you what I do. Most days, even as a retired priest, I have Mass obligations at one or another parish.

But let’s say that it’s a day when I’m not obligated, and it happens to be the anniversary of the death of one of my parents. I would consider that a “just and reasonable cause,” and I would celebrate Mass all by myself at the desk in my apartment.

I would feel completely comfortable doing so particularly since, in answer to your second question, a priest is encouraged to celebrate Mass every day even though he is not required to do so.

Here’s what the code says about that: “Remembering always that in the mystery of the eucharistic sacrifice the work of redemption is exercised continually, priests are to celebrate frequently; indeed, daily celebration is recommended earnestly since, even if the faithful cannot be present, it is the act of Christ and the church in which priests fulfill their principal function” (Canon 904).