Students at Our Lady of Hope-St. Luke School in Dundalk recently served 730 spaghetti dinners, a record, at the annual fundraiser. (Courtesy photo)

First-place prize awarded to Resurrection-St. Paul School in Ellicott City in the BGE Natural Gas Safety Contest. Its fourth- grade class took the top prize, the Captain’s Choice and BGE Hero Awards. Among the schools which won $5,000 prizes (one winner is chosen from each grade level) were the first grade at St. Michael-St. Clement School in Overlea and the second grade from St. Joseph School in Cockeysville.

Schools enter illustrations portraying Captain Mercaptan (named for mercaptan, an additive which many utilities companies use to give natural gas a rotten egg odor, making it easier to detect), whose character teaches children how to recognize a natural gas leak, and steps to take to stay safe. 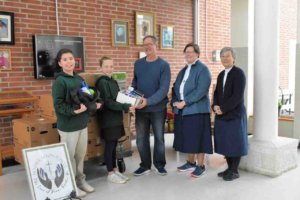 Personal care and hygiene items collected by students and families of Mother Seton School in Emmitsburg for SHIP – the Student Homelessness Initiative Partnership – of Frederick County’s Homeless for the Holidays program, which met the needs of the more than 600 students in Frederick County Public Schools experiencing homelessness.

Spaghetti dinners served, a record, at the annual fundraiser sponsored by Our Lady of Hope-St. Luke School in Dundalk. Current students and alumni, pictured, volunteered as servers for the event at the pre-K-8 school. (See photo at top of page) 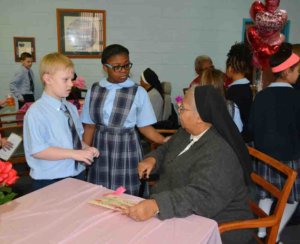 Members of the fourth grade at St. Agnes School in Catonsville who visited the Oblate Sisters of Providence at their Mother House Valentine’s Day. The day included Mass celebrated by Monsignor Richard Bozzelli and lessons in both Black History Month and kindness, appropriate as the St. Agnes student body aimed for 28,000 acts of kindness during the month of February. Students sang for the Oblate Sisters, and learned about their foundress, Mother Mary Lange.

“I couldn’t decide who had the biggest smile on their faces, the Oblates or my students,” principal Rob Costante said. “As we left the Motherhouse, our students excitedly asked when they could return for another visit.” 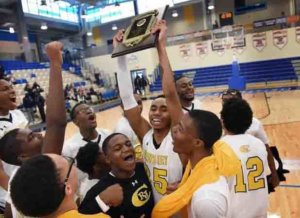 The third-quarter point deficit overcome by the boys’ basketball team from Cristo Rey Jesuit High School when it rallied to beat The Key School in the Maryland Interscholastic Athletic Association C Conference championship game Feb. 24. It was the first MIAA varsity title for CRJ in any sport. Coach Derrick Lifsey’s Hornets, who practice in a space that also serves as the school’s auditorium and cafeteria, went unbeaten in conference play, and finished 19-10 overall. CRJ relied all season on seniors Terry Curry and Tyshaun Smith, and sophomores Jamal Lee and Alex Ferrer. 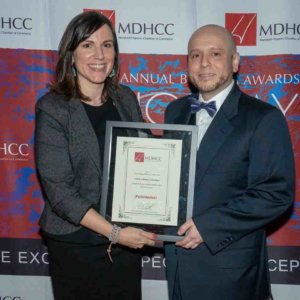 Years Alicia Amaral Freeman, principal of Archbishop Borders School in Baltimore, has been in education. She was honored as the Educator of the Year by the Maryland Hispanic Chamber of Commerce at its annual gala Jan. 24.

Freeman is in her fourth year as the principal of Archbishop Borders. She previously served as the school’s admissions director and as an ESOL teacher at Hampstead Hill Academy and Dallas F. Nicholas Sr. Elementary School, both in Baltimore. She earned her Master of Arts in Teaching ESOL from Notre Dame of Maryland University in Baltimore. 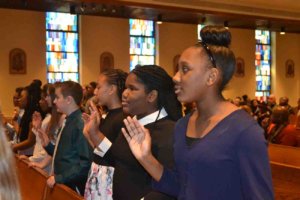 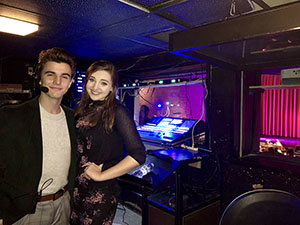 Seniors from The John Carroll School in Bel Air who coordinated two free performances of “Fame Jr.” in January at the school. Rachel Miller and Joshua Robinson recruited fellow members of the John Carroll theater department for their senior project, as well as members of the Children’s Playhouse of Maryland. The cast included students from Archbishop Curley High School and Calvert Hall High School.

Paul McMullen and Emily Rosenthal contributed to this article.