Notre Dame Preparatory School and Loyola Blakefield seniors Nina Moore, left, and Connor Verrett pose with their buddies, Rickelle, center and Jessica, right, in the photo booth at the “Night to Shine” prom for youth and young adults with special needs Feb. 8 at Our Lady of Perpetual Help in Ellicott City. (Kevin J. Parks/CR Staff)

ELLICOTT CITY – Arriving on the campus of Our Lady of Perpetual Help Parish, most guests of honor hopped in a limo and were shuttled to the front of the church.

The people with varying special needs exited onto a red carpet and were greeted by “paparazzi,” a core of volunteers who snapped photos and cheered. Each guest was then greeted by a “buddy,” who would accompany them on their “Night to Shine.”

Sponsored by the Tim Tebow Foundation, the prom experience was hosted by churches around the world the night of Feb. 8. A first-time host, OLPH was the only Archdiocese of Baltimore parish to participate.

Camden Gilmore, 18, bent down to the level of his buddy, Monica, extended a hand and a greeting, then led her into OLPH School for the main event. It included dinner; a dance floor; hair, makeup and shoeshine stations; a portrait photographer; photo booth; and karaoke room, where guests belted out tunes from “Take Me Out to the Ballgame” to “Sweet Caroline” to “I Wanna Dance with Somebody.”

“We want to show them a good time,” said Gilmore, an OLPH parishioner, senior at Loyola Blakefield in Towson and volunteer swim coach with the Special Olympics. “We came here because we care about them.”

Gilmore’s mother, Michele, was the mastermind behind the event. She and her family members are all “big fans” of Tebow, a college football great at the University of Florida and vocal pro-life Christian, who she called a fantastic role model for her three sons.

She had previously wanted to bring “Night to Shine” to the archdiocese, but that never panned out. When she made the suggestion last year to Father Erik Arnold, her pastor, he welcomed it, despite the fact that relatively few Catholic churches act as hosts.

“There’s too much service that gets done that is separated from the Lord Jesus,” Father Arnold said. “We’ve been trying to keep the focus here in the parish on bringing people into an encounter with the Lord and ultimately fostering discipleship.

“The ultimate focus of ‘Night to Shine’ fits beautifully with what the mission of the parish is supposed to be anyway … It doesn’t end just with pouring out a lot of love on all the guests that come. Ultimately, it’s a time to lead people to faith and hopefully some kind of encounter with the love of God in Christ.”

He said the Tebow Foundation is clear about that mission, which is why it wants the proms hosted by churches. The foundation offers grants to help with funding; Father Arnold opted not to, citing that others were more in need of those funds. OLPH provided the majority of funding, with assistance from private donations and corporate donations and sponsorships.

The night hit its capacity, 66 guests.

Michele Gilmore had never been to a Night to Shine; neither had the helpers she recruited, Katja Randazzo, a special education teacher, and Ona Corkrin, who organized the Respite Room, which offered food, drinks, manicures, hairstyling, a movie and board games for parents and caregivers.

“This is the first time my daughter is doing something without me being in the room with her,” said Theresa Murphy, whose 17-year-old Destiny was a guest. “I felt very comfortable when I walked in.” 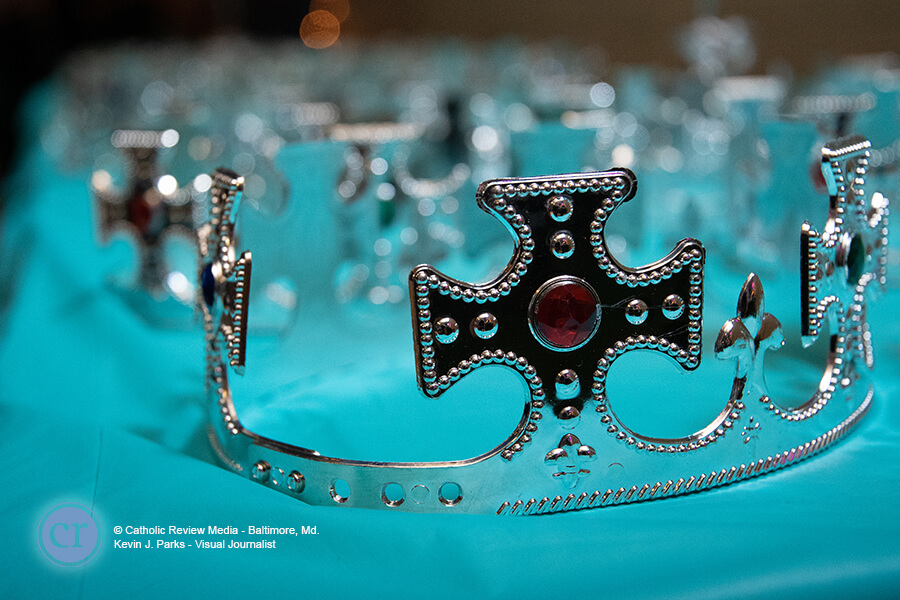 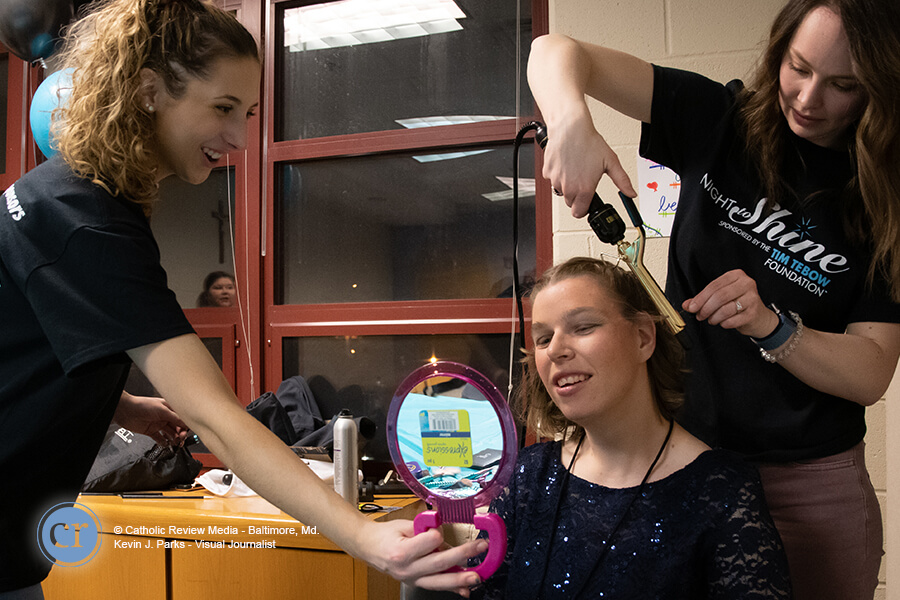 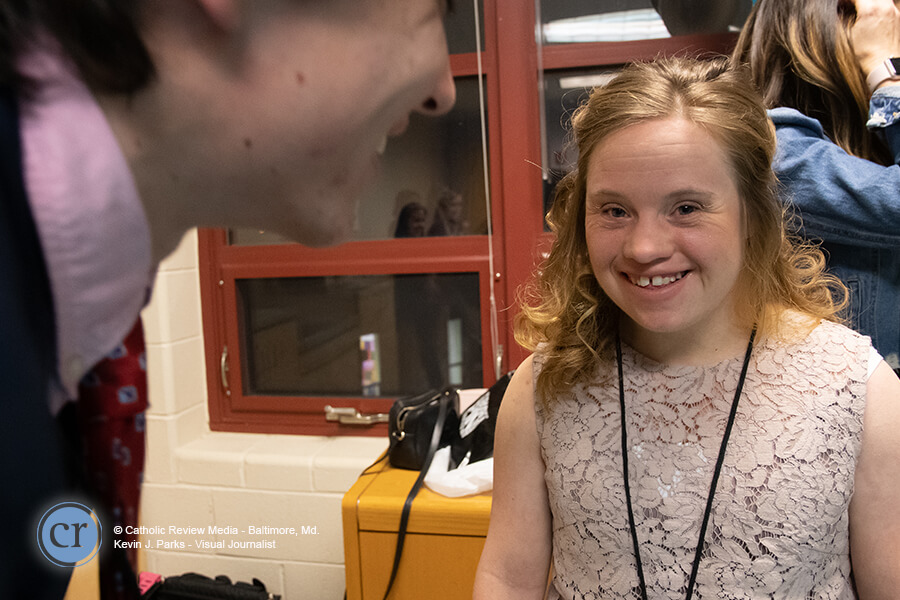 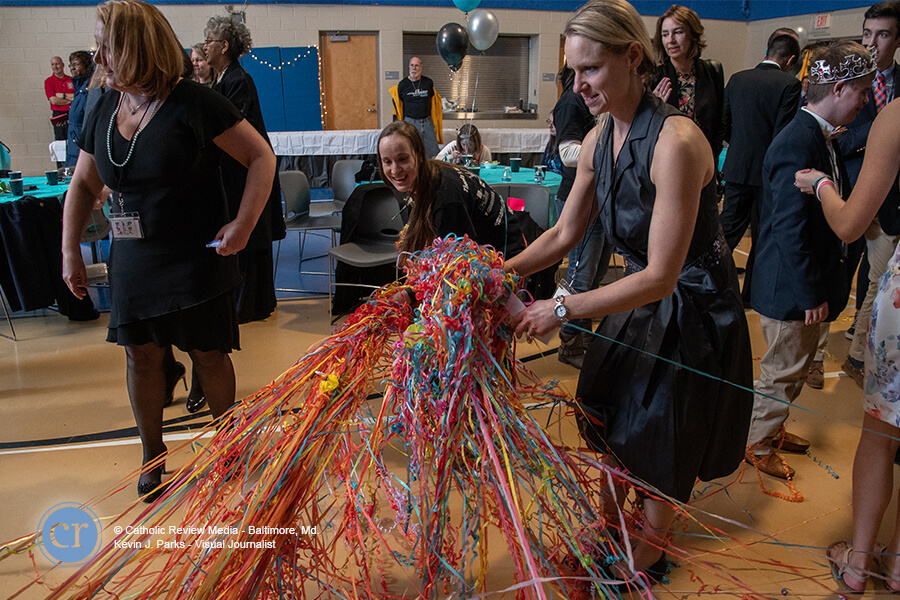 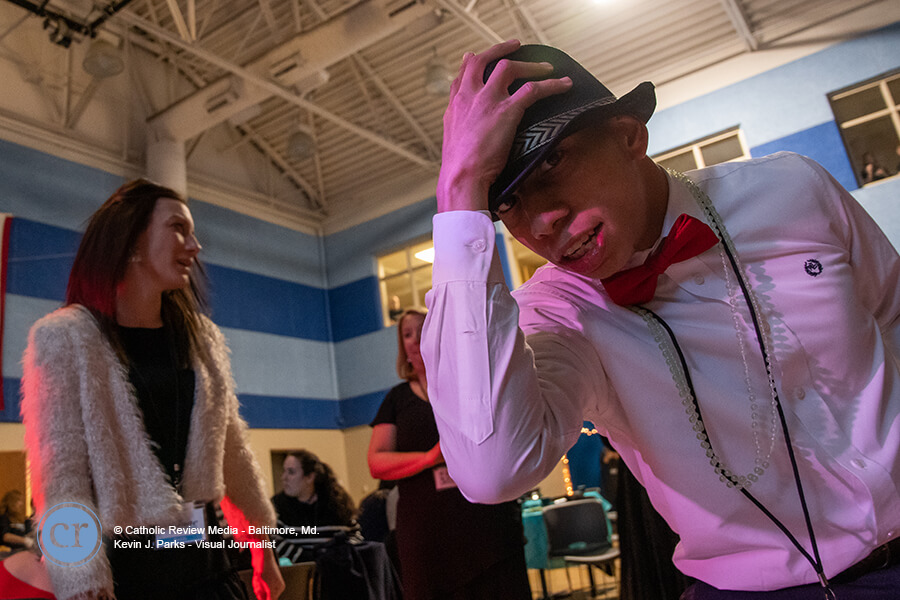 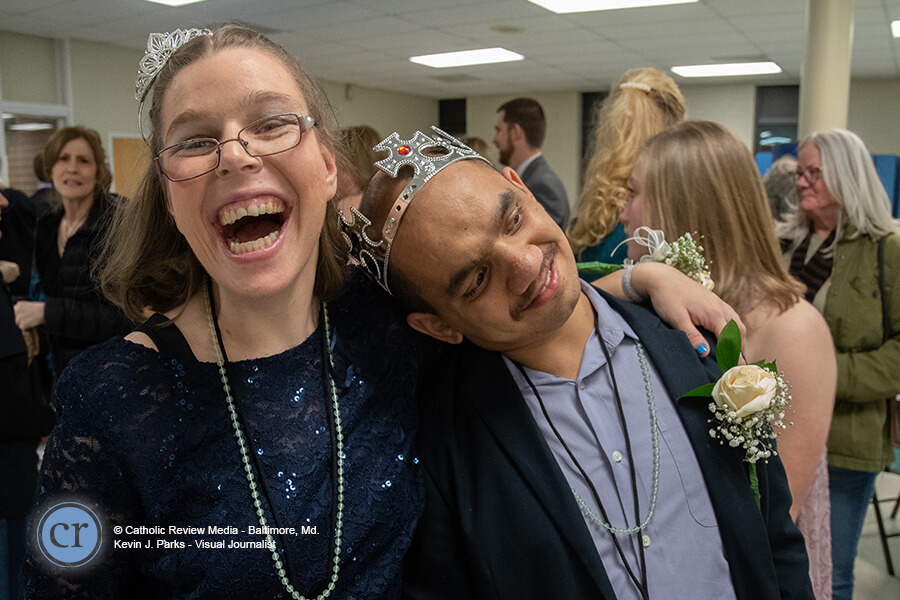 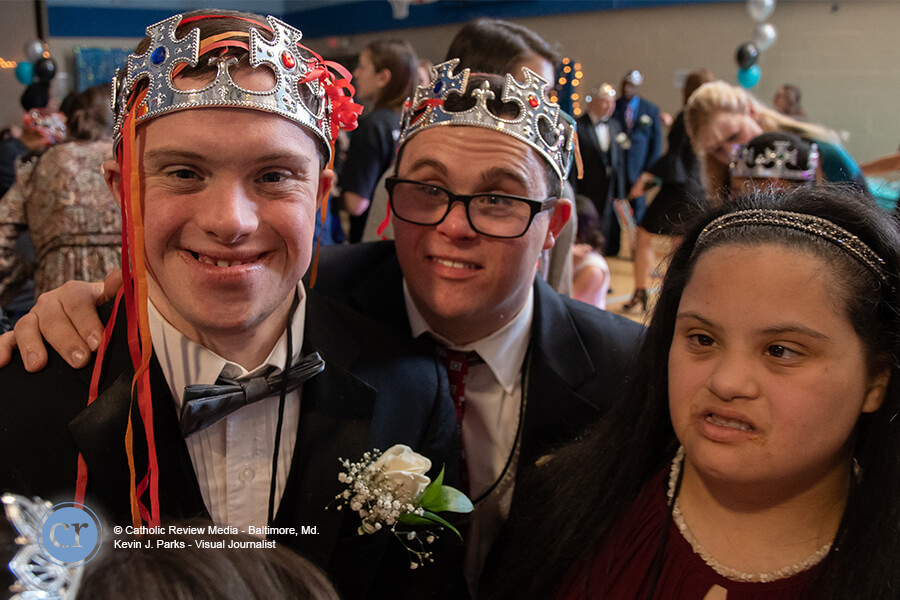 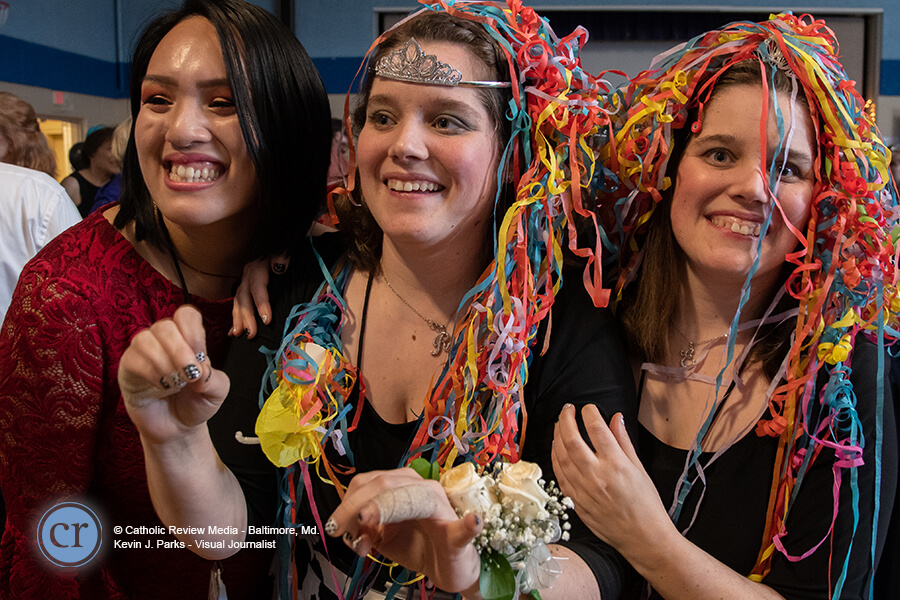 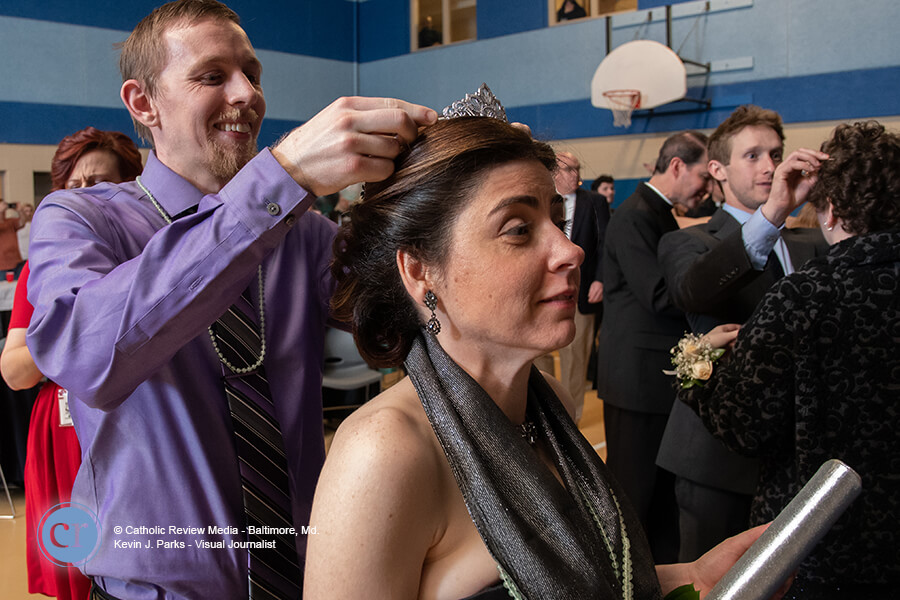 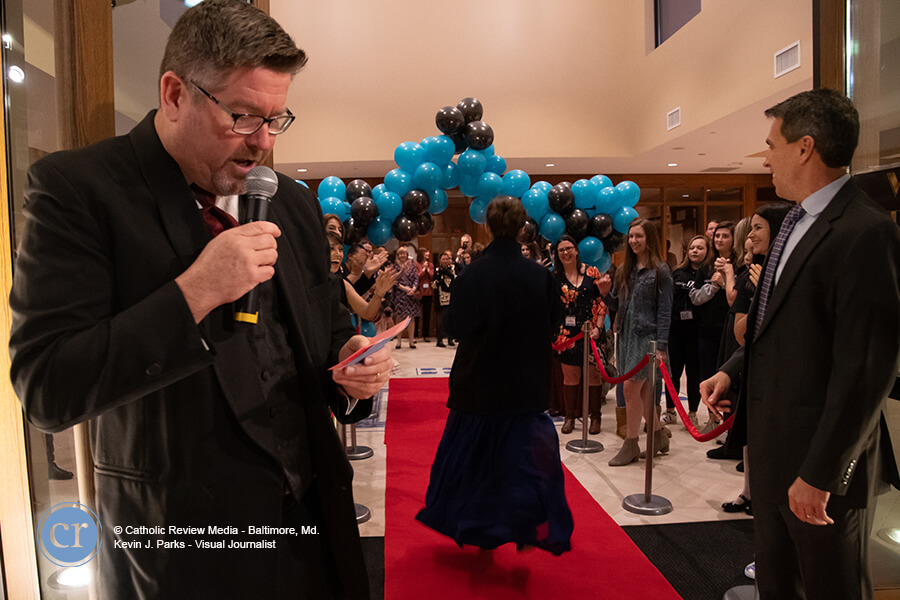 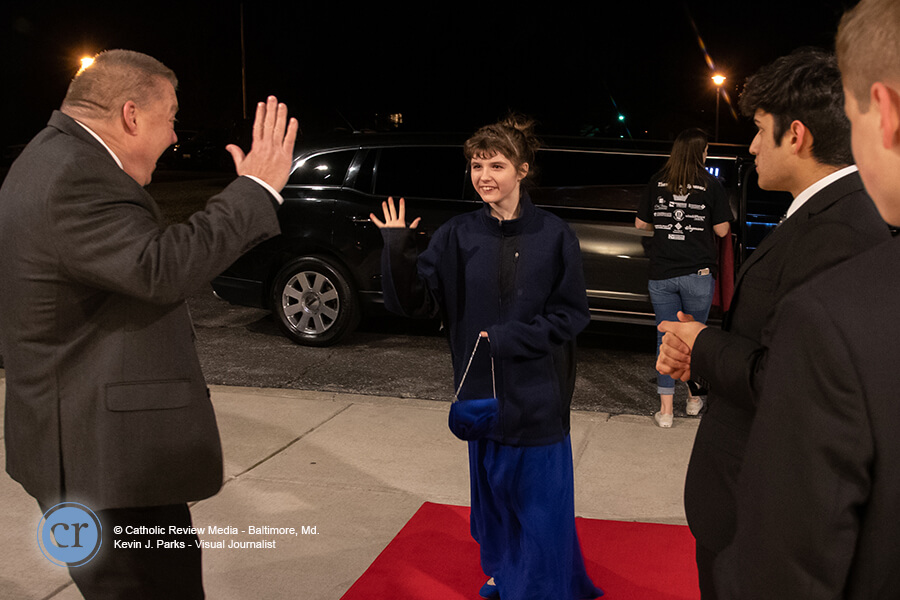 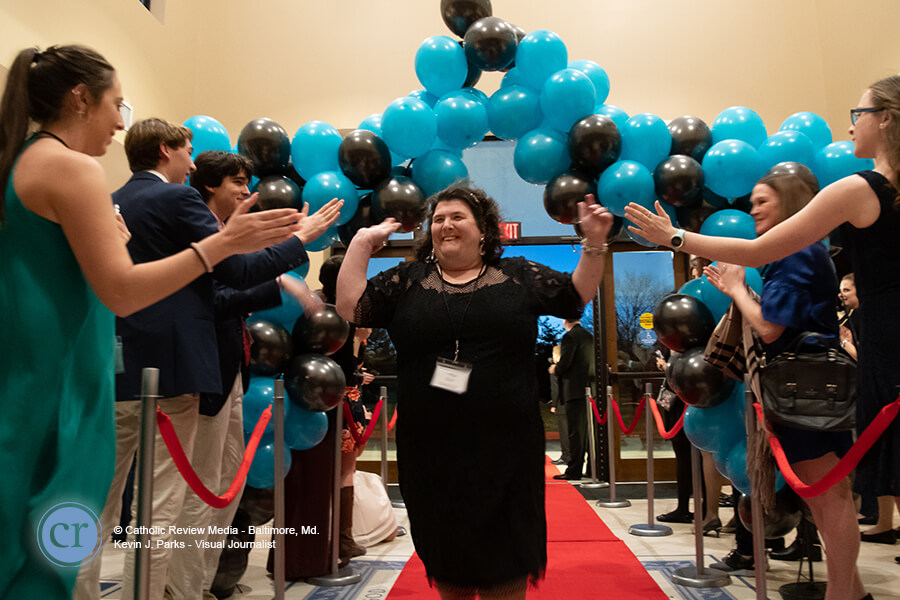 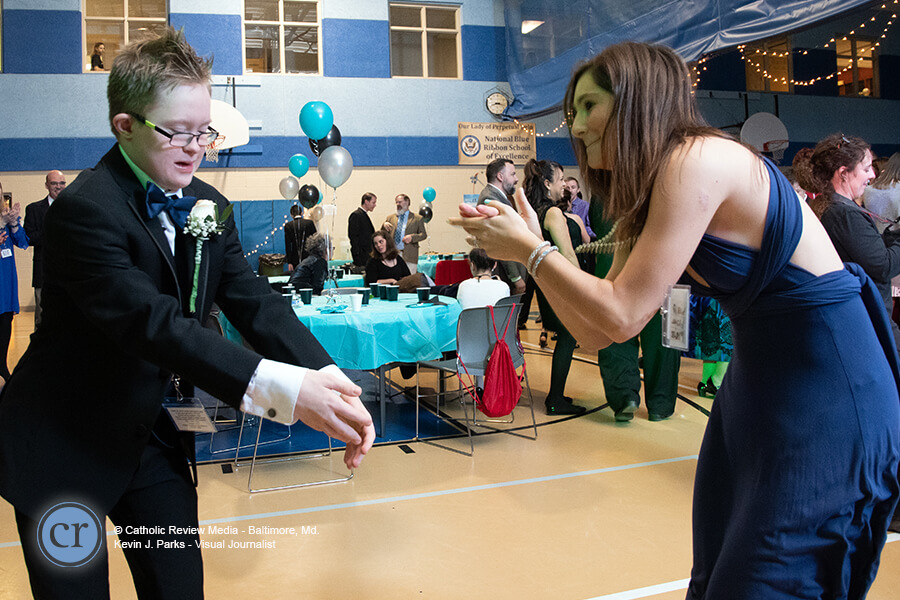 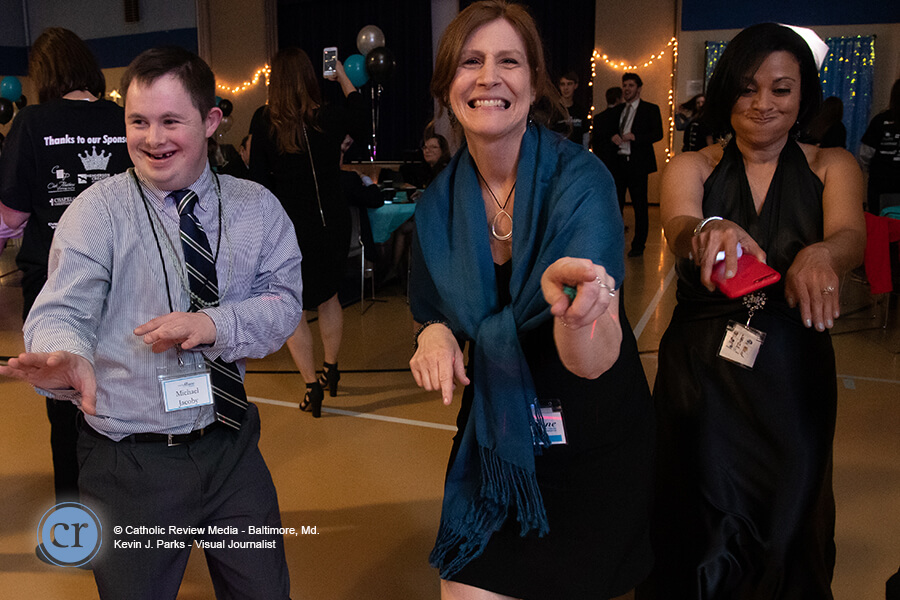 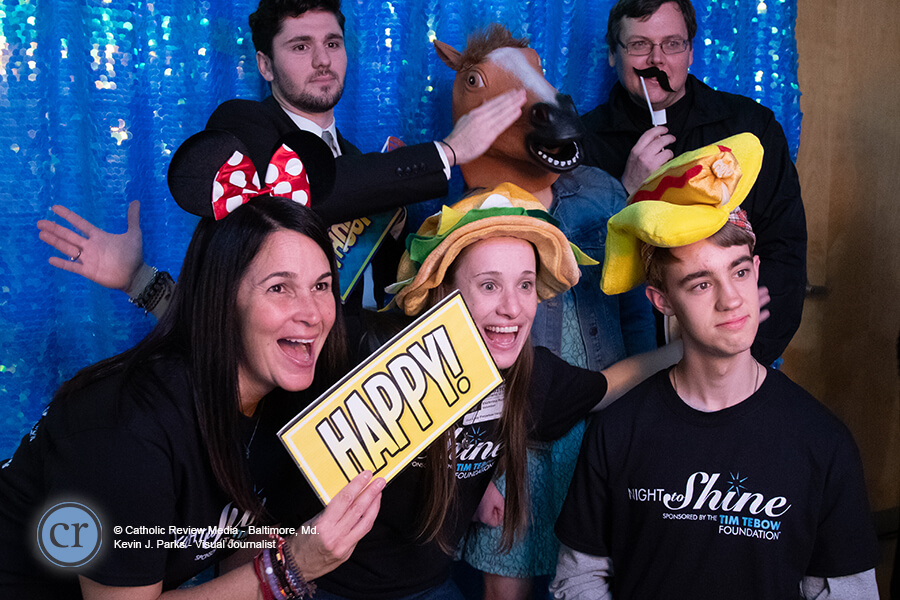 An Eldersburg resident, Murphy is not a parishioner of OLPH. She appreciated that a church hosted the event, as well as emails, which included Scripture passages, to parents and caregivers counting down to the event.

“I love the religion part of it – it makes me feel like she’s safe,” Murphy said, adding that if it had been hosted elsewhere, she would not have felt comfortable leaving her daughter. “I know people are doing it for the right reasons … This is something they want to do.”

She said people with special needs might not know that an event exists specifically for them, but that they love going somewhere and fitting in.

“They want to feel included,” Murphy said, adding that she loved the “buddy” system. “They just want to go out and have a good time.”

Tommy Lannen, the OLPH high school youth minister, said 50-60 teens from the parish were among the event’s more than 150 volunteers.

“I think the youth really stepped up and answered in a big way,” Lannen said. “I think it’s huge for them to experience the church in such a welcoming way … It’s an event being hosted at our parish, but it’s an event for the community.”

Near the end of the event, Father Arnold shared Genesis 1:31 (“God looked at everything he had made, and found it very good.”) and delivered a corresponding short message. In a pre-recorded video, Tebow affirmed those in attendance of God’s love. All guests were crowned prom kings and queens by their buddies.

One woman was so moved by Father Arnold’s message, she asked Randazzo for OLPH’s Mass times.

“The Lord is doing some good work here,” Randazzo said.