Spending the weekend in Baltimore is just what Elizabeth Butler needs to reinvigorate adult catechesis at her Washington, D.C., parish.

Butler, a parishioner and RCIA administrator of Holy Comforter-St. Cyprian on Capitol Hill, called the Mid-Atlantic Congress (MAC) “a good kick in the pants.”

Nearly a decade old, the MAC allows leaders in Catholic ministry a regional opportunity for formation and fellowship. Co-sponsored by the Association of Catholic Publishers and the Archdiocese of Baltimore’s Department of Evangelization, it began its three-day run at the Hilton in Baltimore Feb. 14.

This is Butler’s second time attending the conference, and after only one day, she knew the program would help her spread the word and encourage fellow parishioners to become catechists in adult faith formation. She hopes they will reach not only those looking to enter the church, but those who may not have received all of their sacraments or who might need a refresher on the faith.

“(I am) trying to build myself up with catechetical leadership skills so I can take it back and find more people who want to build themselves up to teach this,” Butler said.

At the end of the congress’ first day, she had attended sessions on catechetical leadership and on finding one’s mission, the former led by Joe Parprocki, national consultant for faith formation with Loyola Press, and Deacon Larry Oney of the Archdiocese of New Orleans. 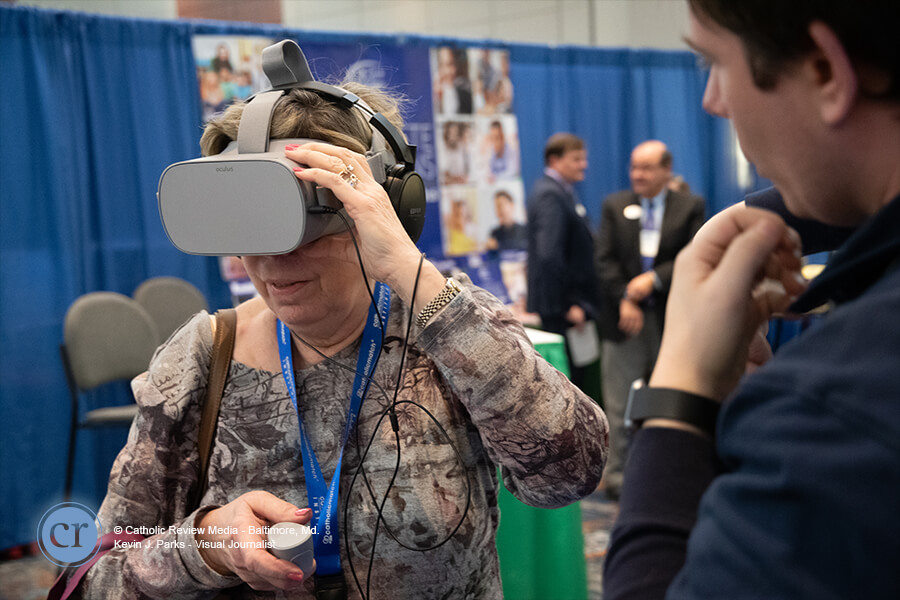 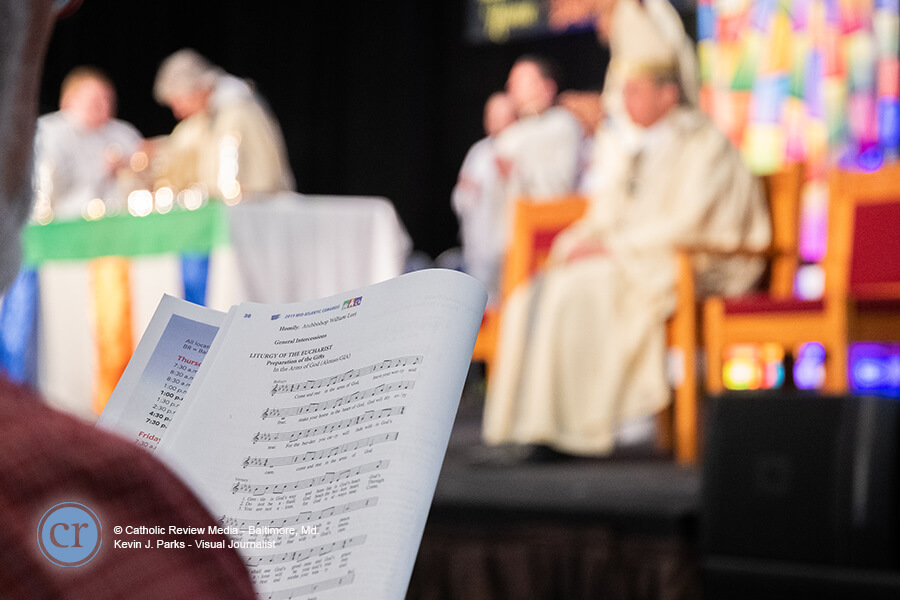 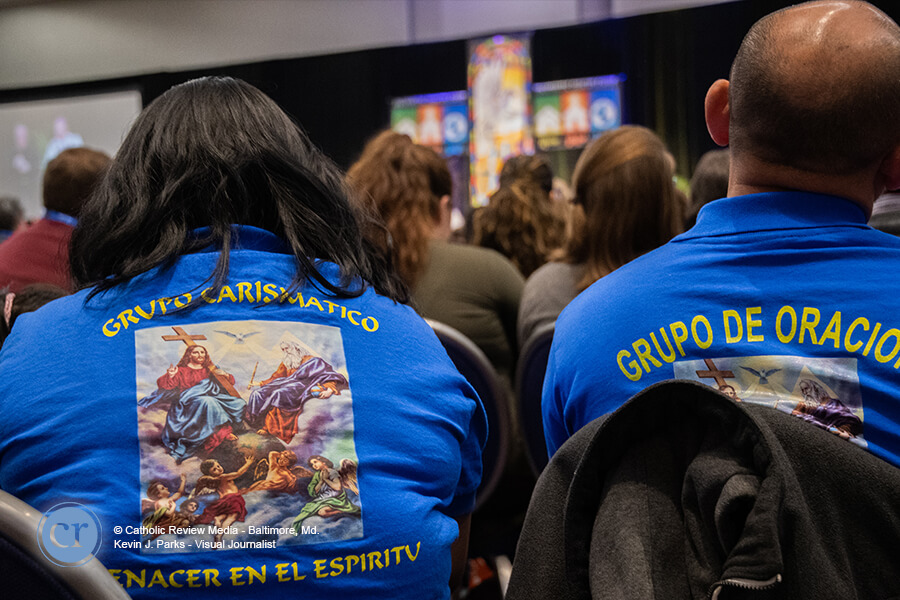 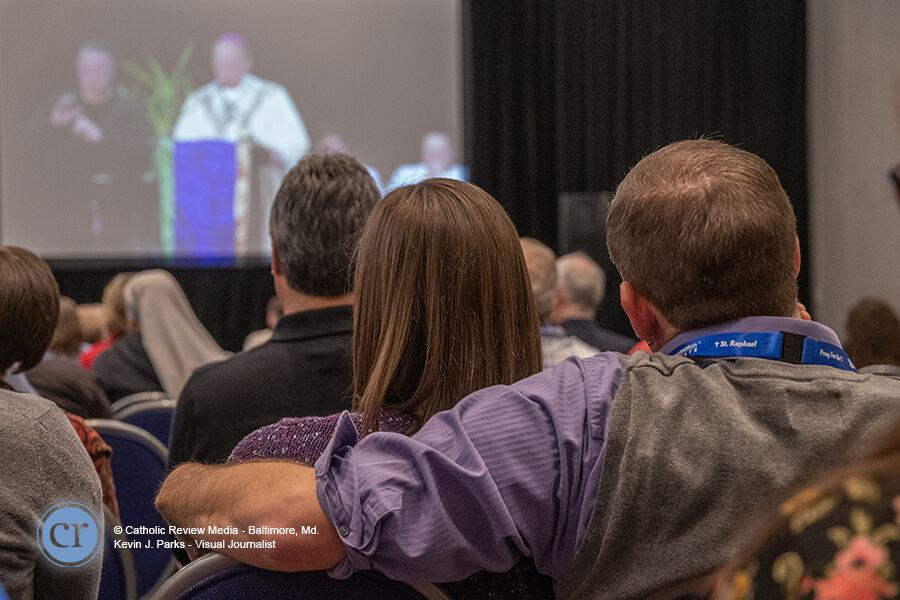 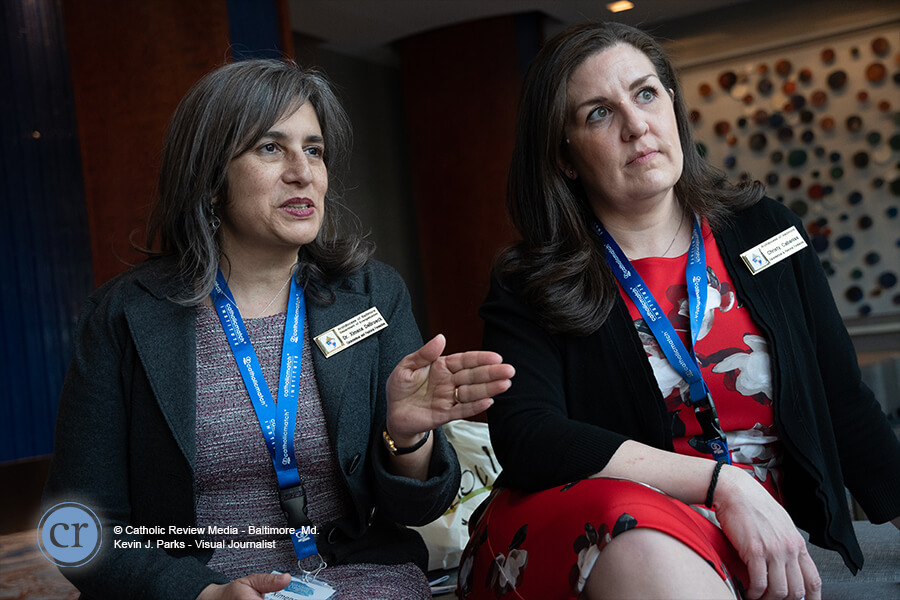 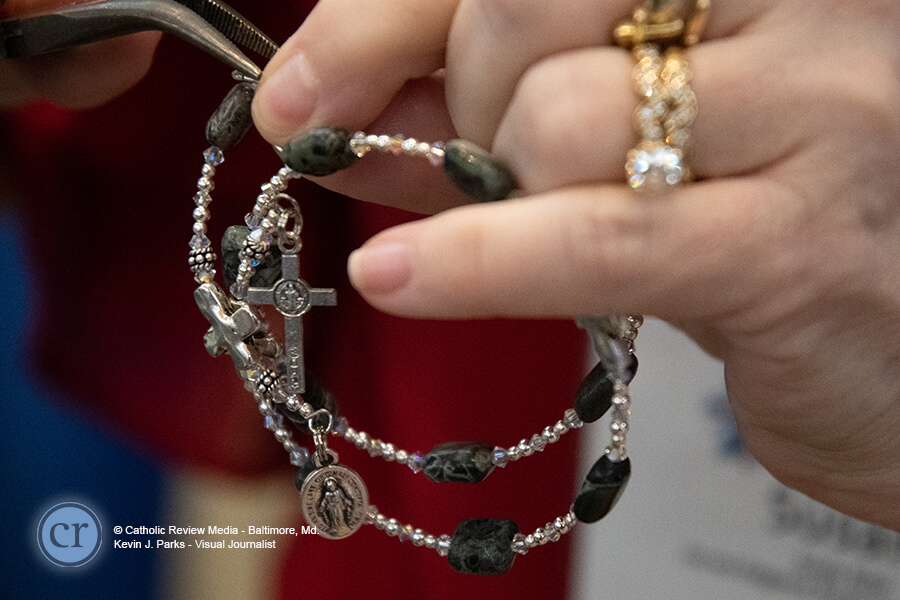 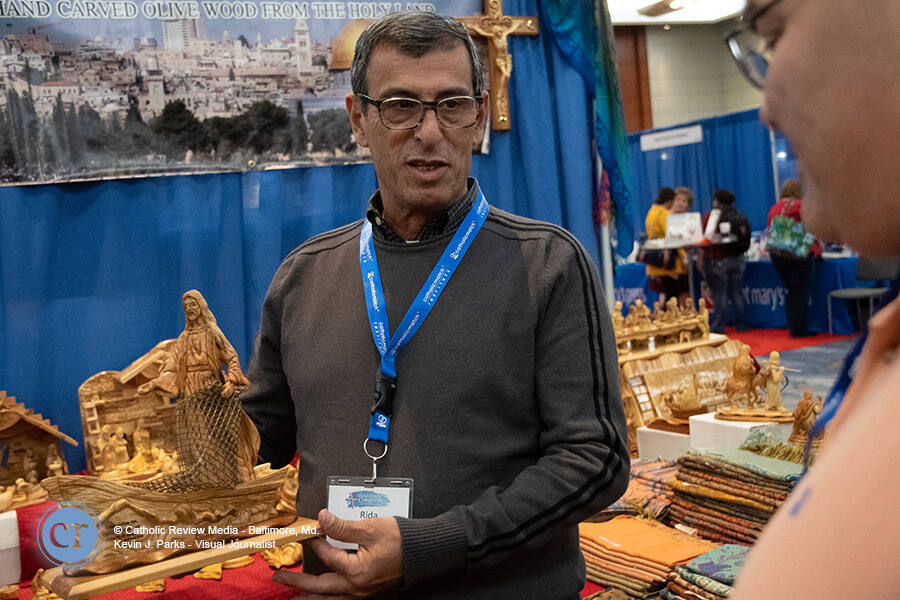 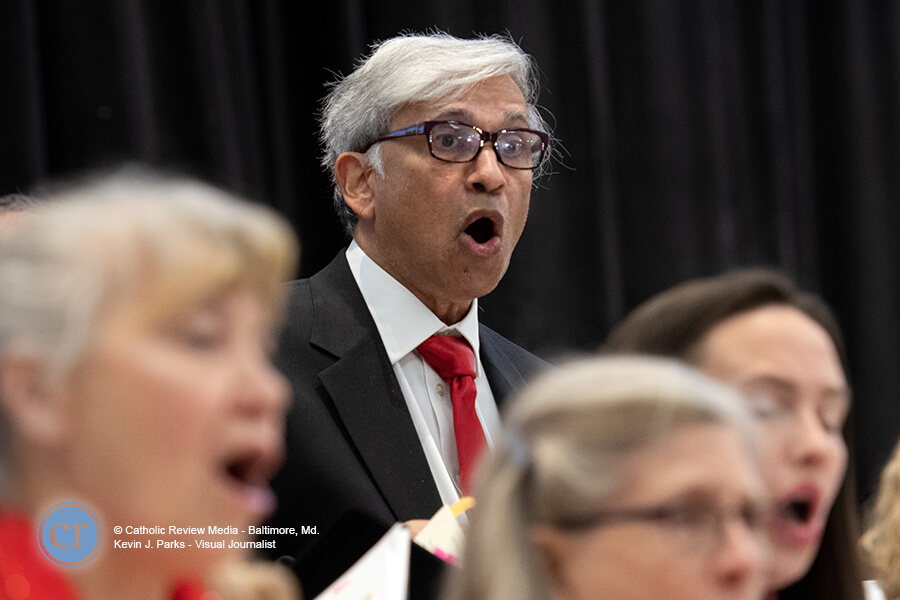 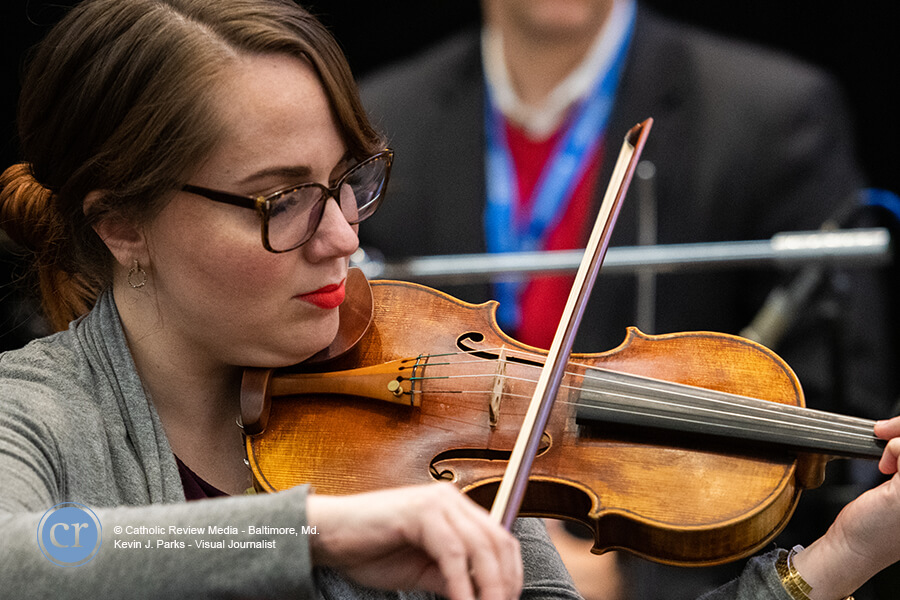 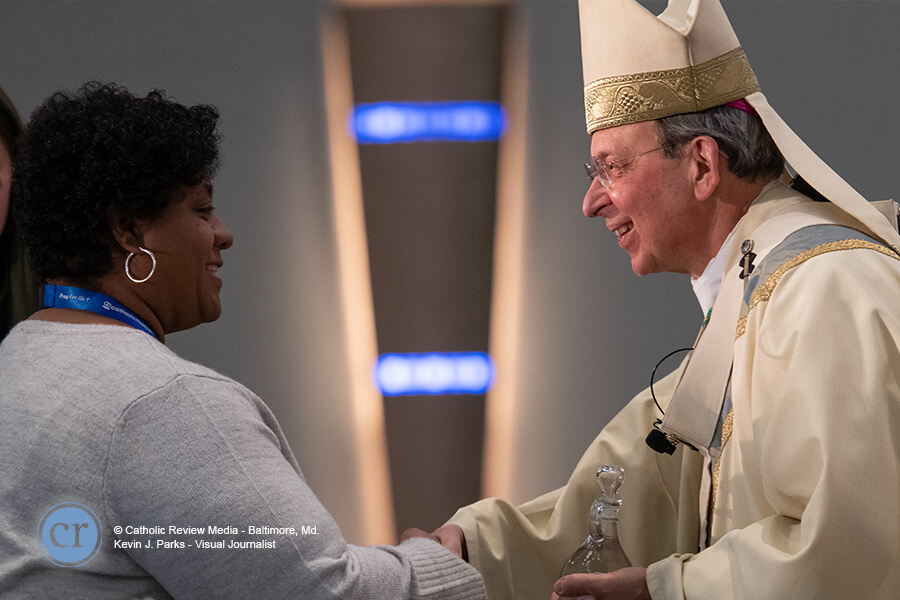 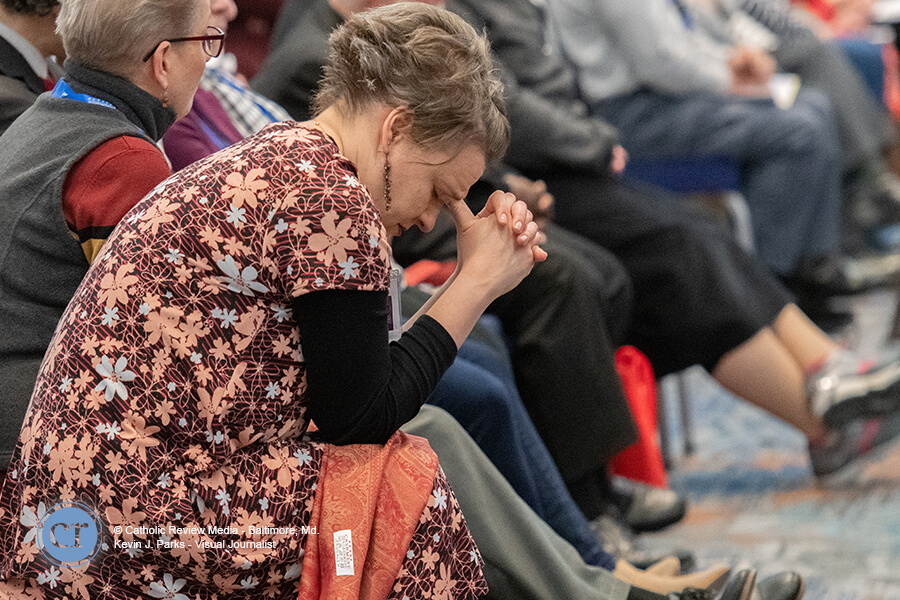 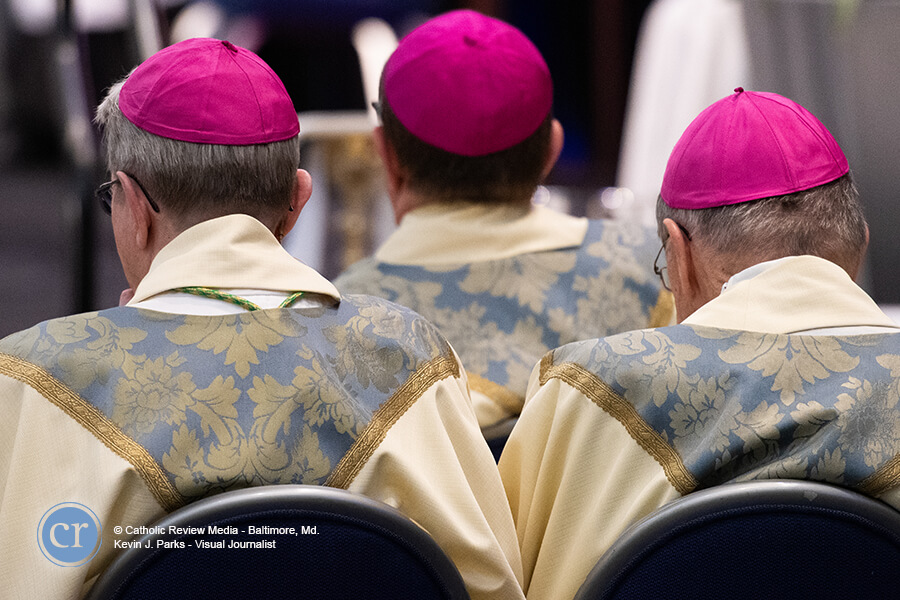 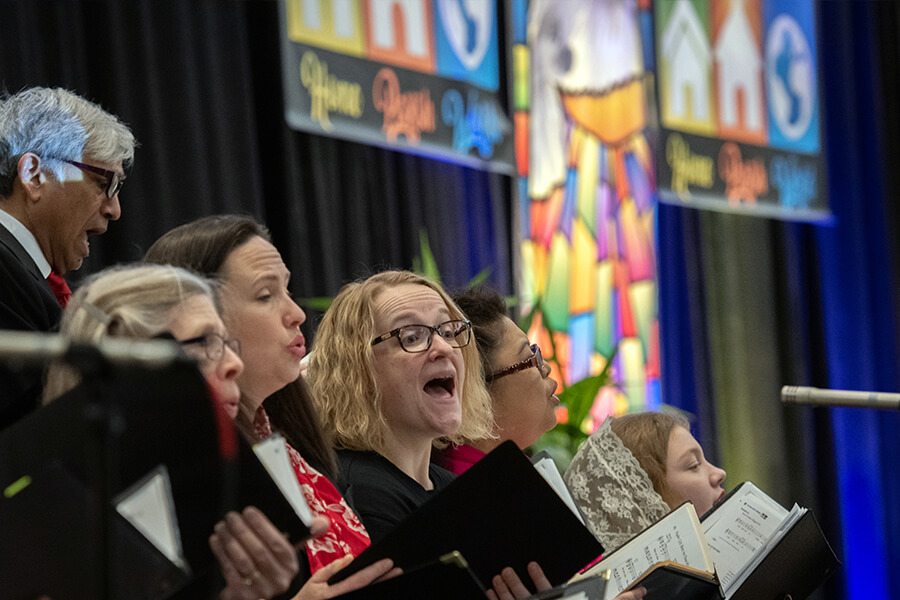 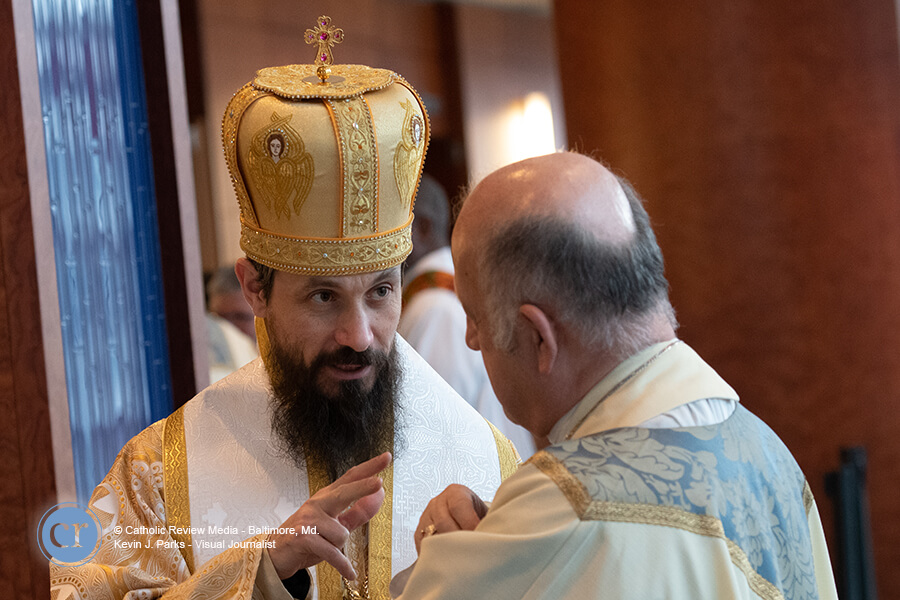 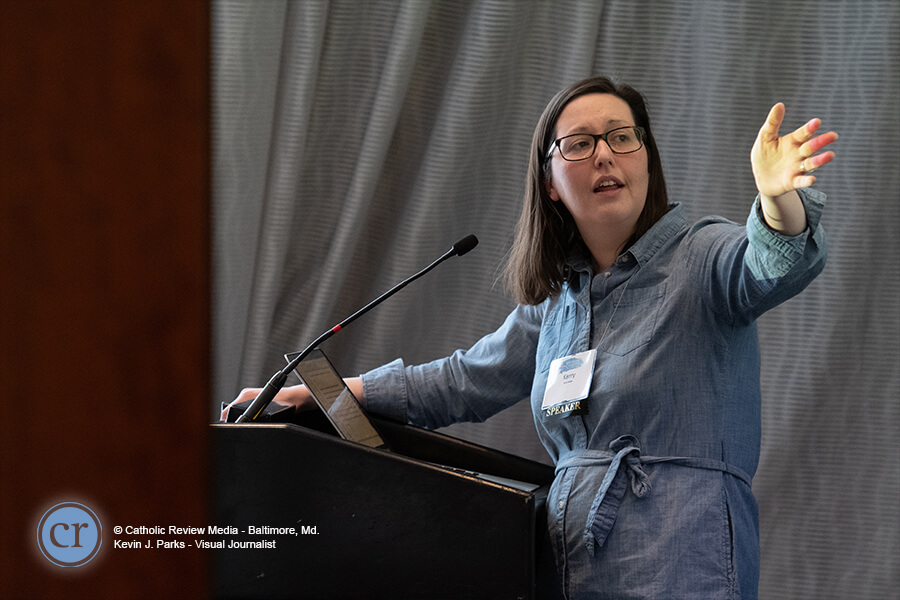 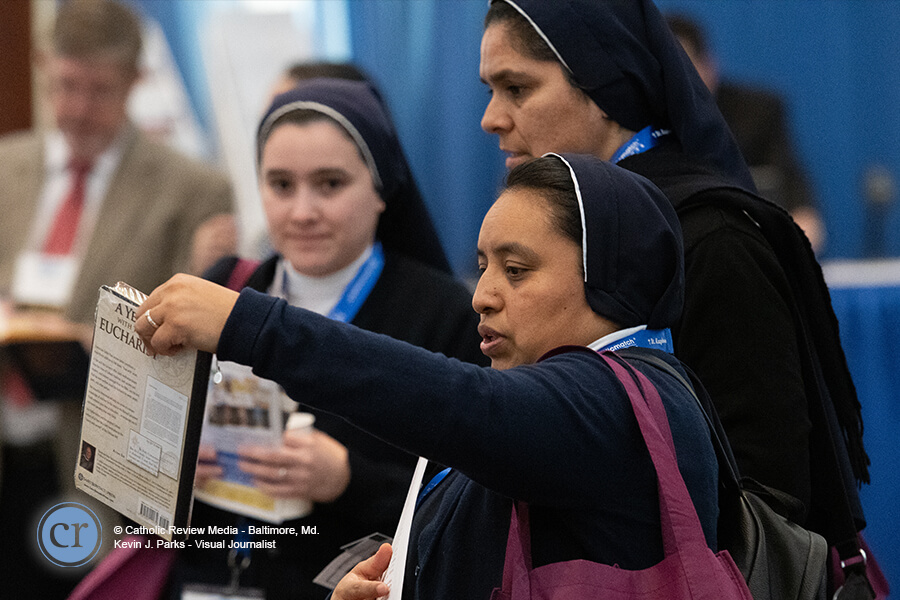 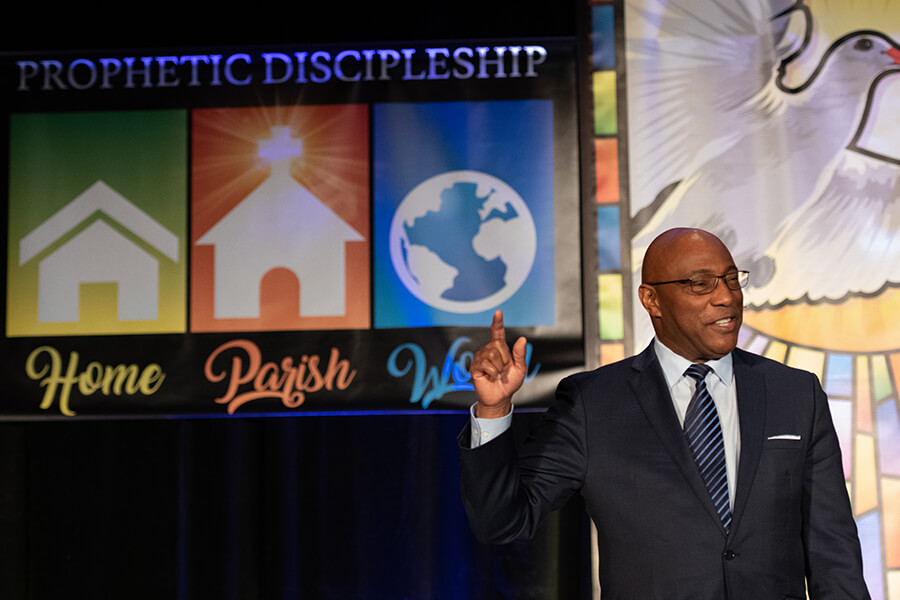 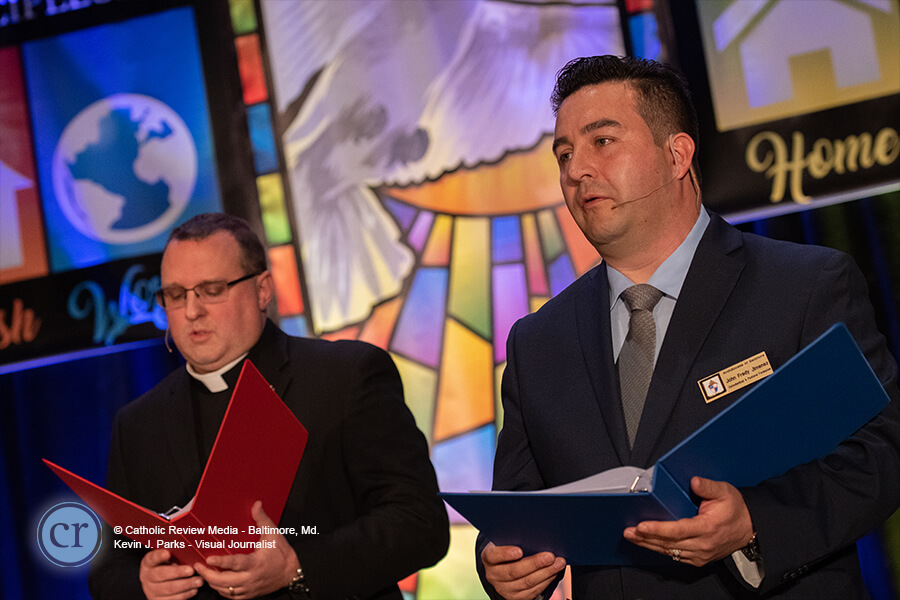 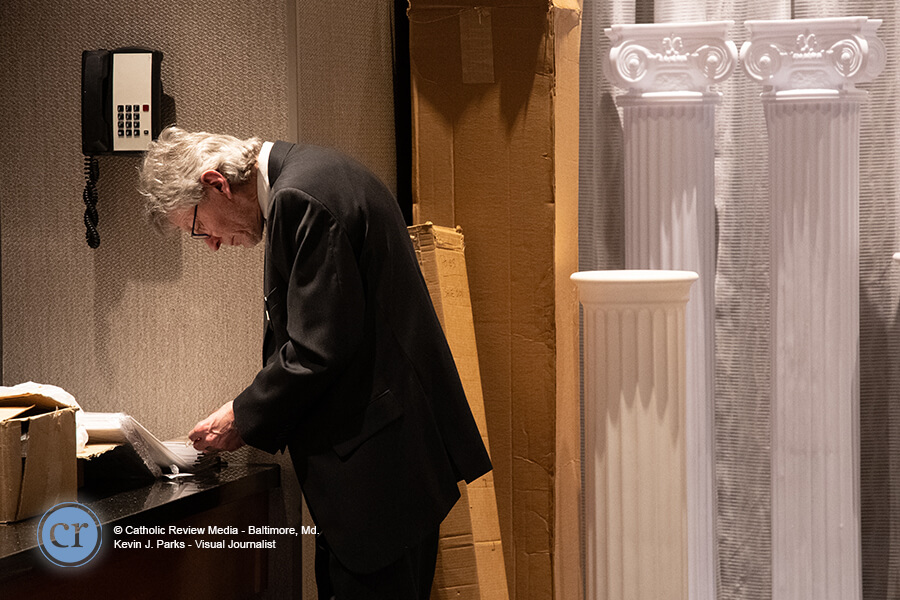 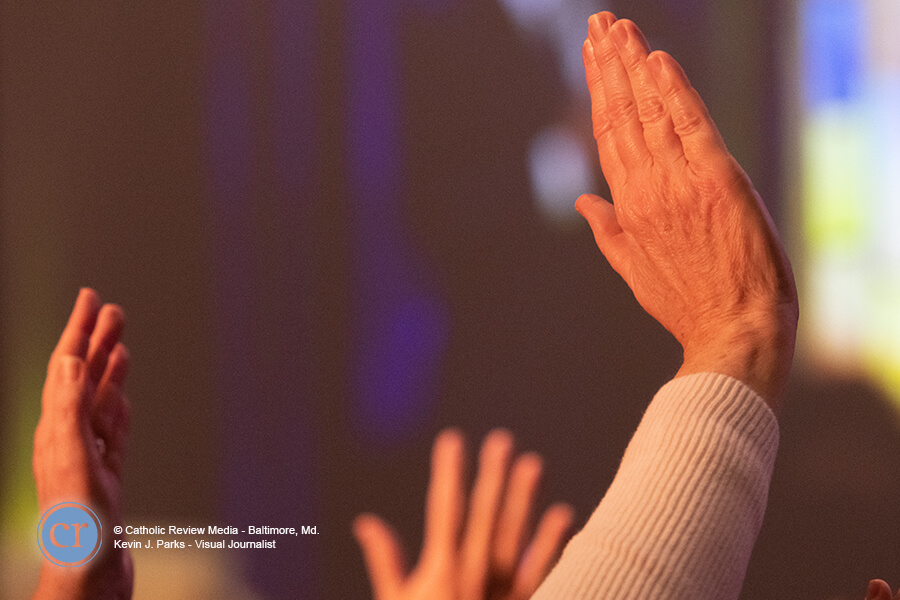 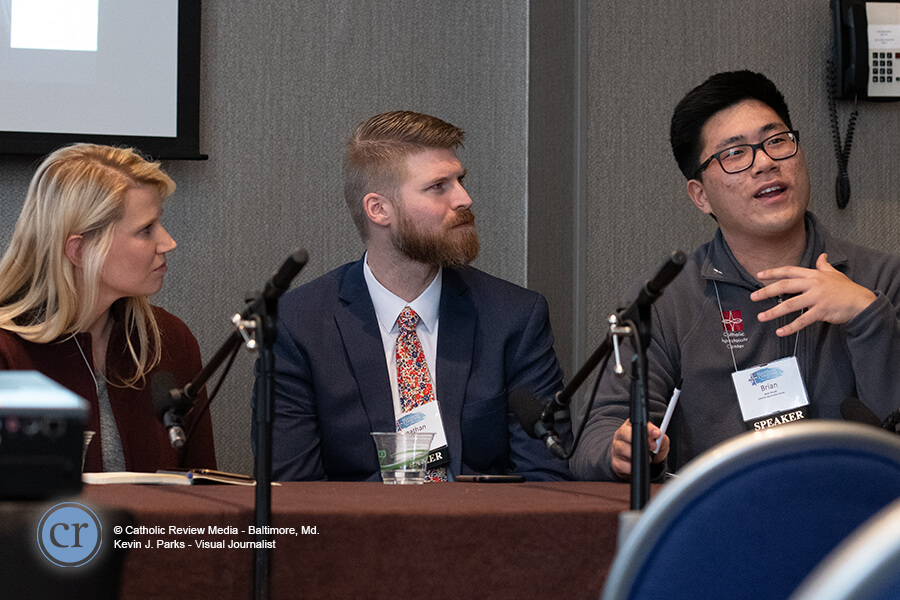 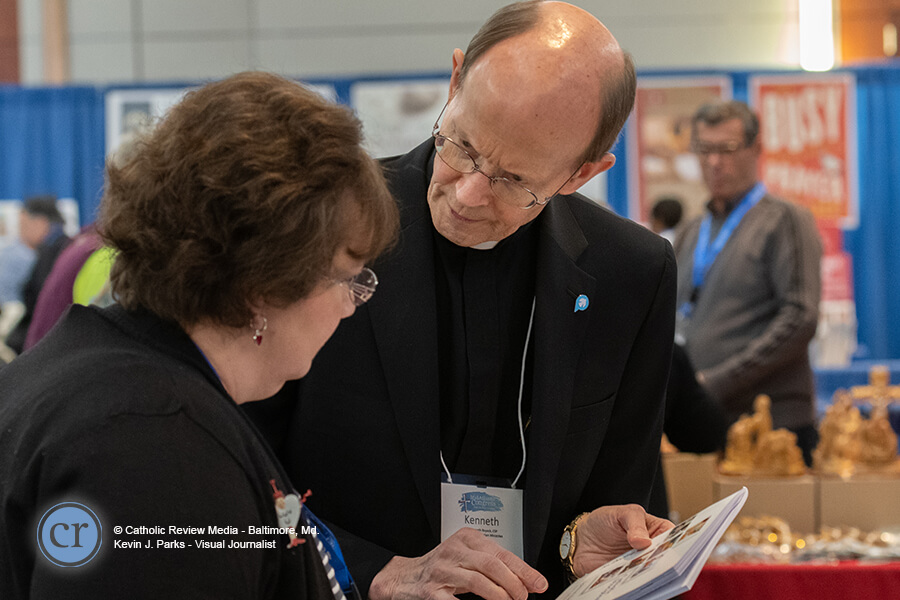 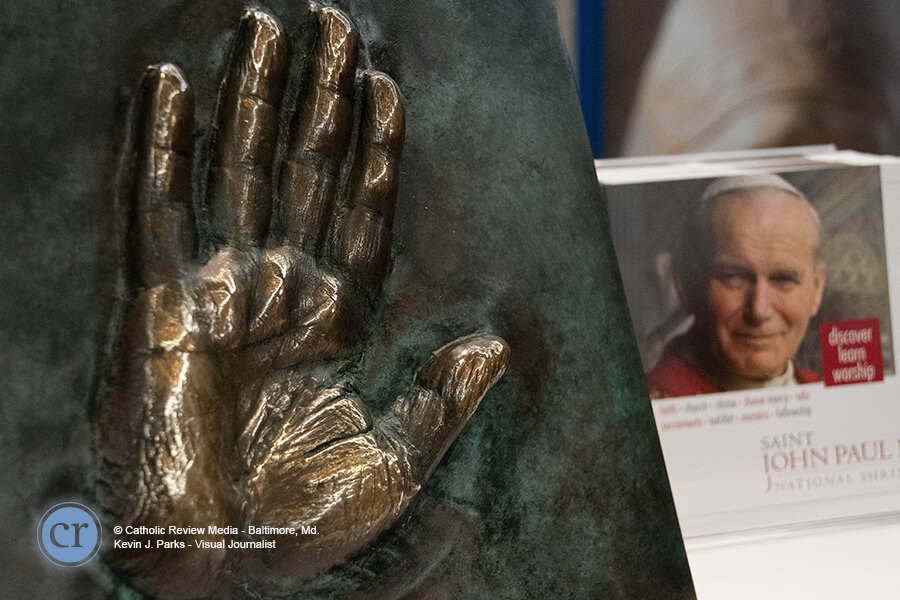 This year’s MAC had more than 1,300 registrants, and included a track for Hispanic ministry.

In addition to Deacon Oney, featured speakers included Society of Our Lady of the Most Holy Trinity Sister Miram Heidland, a former college athlete who can be heard on her “Abiding Together” podcast, and Father Mike Schmitz, director of youth and young adult ministry for the Diocese of Duluth, Minn.

Topics ranged from “Building Intercultural Competence for Ministry,” to the disaffiliation of young Catholics from the church, to working on a pastoral team, to sacramental preparation, to prison ministry.

“As the Premier See, I feel like we have a responsibility to the people of our region to take a lead on things like this,” said Christy Cabaniss, the archdiocesan coordinator of sacramental formation. “It really is time for ministers to take a minute and renew themselves.”

Dr. Ximena DeBroeck, the archdiocesan director of catechetical and pastoral formation, said the congress is a great opportunity for the formation of bishops, to volunteer catechists, and anyone in between.

“It addresses the needs of the beginners, but it offers a lot for the seasoned catechists,” DeBroeck said. “What we give them here is a starting point to continue the formation.”

She said it allows participants to consider the congress’ theme of “Prophetic Discipleship” and what it means for themselves.

“It gives them a chance to ask, ‘What does that really look like (for me), before I can focus on someone else?’” DeBroeck said. “(The congress) is a great opportunity to gather – not just the local church of Baltimore, but the region … (to) create a culture of ongoing formation and adult learning.”

At the opening Mass Feb. 14, celebrant Archbishop William E. Lori opted to wish the congregation not a happy Valentine’s Day, but a happy feast of Sts. Cyril and Methodius, the great evangelizers of Slavic lands.

Sts. Cyril and Methodius left their civilized world to bring the Gospel to Moravia, which, the archbishop said, was “in those days not exactly the high-rent district.”

“Not only did they learn the language, they also learned the culture,” Archbishop Lori said in his homily. “They came to know the people to whom they proposed to preach the Gospel.

“Their labors were arduous and misunderstanding abounded, as it always does when God’s work is being done, but thanks to these two brothers, the faith made tremendous inroads into the hearts of the Slavs and into the heart of their culture.”

Archbishop Lori said he hopes that the time spent at the Mid-Atlantic Congress results in a “zeal for evangelization,” reminiscent of Sts. Cyril and Methodius.

“Then,” he said, “we will truly be prophetic disciples in our homes, our parishes and in our world.”

Woodcarver Rida Rishmawi traveled from Dallas to sell his handmade carvings depicting religious scenes. Originally from Bethlehem, Rishmawi returns to his homeland every three months and brings back carvings from residents to sell alongside his own in his shop, Christian Olive Art.

All of the carvings are hand-crafted from olive wood from the Holy Land. Rishmawi’s favorite portrays Jesus with his disciples in a boat, pulling a net filled with fish from the Sea of Galilee.

Across the hall, Susan Rohr and her husband, Greg, parishioners of St. Mary in Hagerstown, sold rosary bracelets for the second year in a row.

Rohr, a convert to the faith, said she cherishes making every single bracelet sold by her business, Sacred Elegance Rosarywrap Bracelets. Her booth always displays pamphlets on praying the rosary, as many who buy her bracelets no longer remember the steps. It’s her chance to evangelize.

“I have truly enjoyed meeting every person (at the congress),” Rohr said. “Everyone is so enthusiastic about their work.”

Rohr and her husband lead marriage retreats called “C.H.E.R.I.S.H.” (Catholic Hearts Espoused Rejoice in Sacramental Hope). When chatting with another vendor, she mentioned that the next retreat was to be the next day. The vendor offered her a stack of Magnificats to hand out to the participating couples.

“I can’t tell you how God makes things happen, but he did,” Rohr said. “You know someone is sharing the message of the Gospel when they so freely give.”