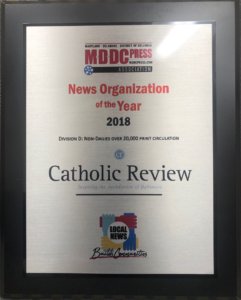 Included in the awards is the honor of News Organization of the Year from the Maryland-Delaware-D.C. Press Association, a diverse group of mostly secular publications in the region, from which Catholic Review Media won 34 awards. The Catholic Review also has memberships in the Associated Church Press, a group of publishers from various denominations, which garnered six awards, and the Catholic Press Association of the United States and Canada, with 24 awards.

Competing in the MDDC against other non-daily publications with circulation greater than 20,000, Catholic Review Media received 23 first-place awards, nine second-place and one best-in-show (for the best in all circulation categories). That total earned the News Organization of the Year honor. The awards were distributed at the MDDC’s “Local News Build Communities” conference May 10 in Annapolis.

In the CPA, the Catholic Review received five first-place awards, five second-place, nine third-place and five honorable mentions. Included among these awards are the first ever for the archdiocesan radio show, “Catholic Baltimore,” with a first place for Best Podcast Program and awards for Best Audio/Video Interview – first-place for George Matysek Jr.’s interview with Father Brian Nolan and second-place for Christopher Gunty’s interview of Catholic News Service Rome bureau chief Cindy Wooden. The awards were given at the Catholic Media Conference June 21 in St. Petersburg, Fla.

Catholic Review Media earned two awards of excellence (first place) and four honorable mentions (third place) from the ACP at its conference April 11 in Chicago. The awards included an honorable mention for Best in Class/General Excellence for Social Media Presence (coordinated by Matysek).

The winning entries (with links for reading or viewing, where available) follow, with some of the judge’s comments:

Best Online Content Not Published in Print, Photo Content – CPA second place – Big fifth inning leads Curley to first A Conference baseball title since 2001 – Parks. The judges commented, “These photos are really excellent. They could run in Sports Illustrated. They’re that good. They capture light. They capture action. There are several dozen different people in the photos, and together they tell a large story. It’s just an excellent package.”

Best Diocesan Pastoral Message, Letter – CPA first place – The Enduring Power of Dr. Martin Luther King Jr.’s Principles of Nonviolence – Archbishop William E. Lori. Judges said: “A comprehensive look at the principles of nonviolence. The archbishop’s letter goes above and beyond to inform and educate the audience. The letter has creative graphics, powerful visuals and keeps the reader engaged throughout with suggested questions for discussion and reflection. The archbishop doesn’t just present information but encourages continuous dialogue. A compelling remembrance of an important era in our history.”

Best E-Newsletter (Communications Department) – CPA second place – A Christmas Message from Archbishop Lori – Archbishop Lori. Judges said: “Clean design and layout. The comments along the side help foster a sense of community around the message, and the link to the recording was a nice touch.”

Best Special Supplement or Special Issue with Advertising Emphasis – CPA first place – Open House October 2018 – The Catholic Review Staff. Judges said: “The dozens of ads in the special section fit perfectly with the content editorially. Visually, each ad is color-coordinated to each unique page of content. The design is beautiful, with short chunks of content complemented by a good use of white space. And the magazine cover photo illustration and special section inside cover photo illustration are interesting and colorful. The content is easy to read quickly and packed with useful information.” 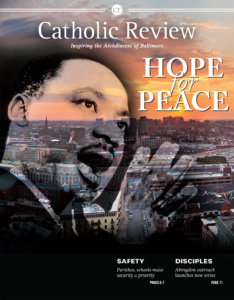 Best Cover, Large – CPA third place – Hope for Peace (April) – Travlos. “Using a cityscape with an overlay can be very difficult, but this cover’s use of it was well-executed. The placement of text over the sunset juxtaposed with the inverted black-and-white overlay is powerful.”

Best Coverage of Violence in Our Communities – CPA third place – Violence in Baltimore – Emily Rosenthal (April edition) and Paul McMullen (November edition). “A reassuring look at how parishes protect against violence and how they come to the spiritual aid of those affected by that violence. Family members suffering a loss recount their pain and anguish and we also get a detailed look at how one school dealt with the tension felt by young children during a lockdown. A comprehensive look at the effects of violence.”

Best Essay, Diocesan Magazine – CPA third place – Solitude and Solace – McMullen. Through this essay, Paul McMullen connects with the readers on looking for time to be alone. And more importantly, (connects) with the readers on the time(s) when we need to be surrounded by others.”

Best Sports Reporting – CPA first place – St. Frances Academy builds improbable athletic powerhouse – McMullen and Parks. “If it takes a village to raise a child, what does it take to raise a high school athletic program? Lots of villagers with lots of dedication. Money also helps. That seems to be the key to the highly successful sports program at St. Frances Academy. … Opponents complain, but the school insists it provides a home as well as a sport for these students. The reader can choose sides in this well-written chronicle of a little school that tried. And won.” 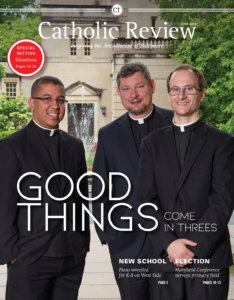 Best Story and Photo Package – CPA third place – The Gift of Leo – Rosenthal and Parks. “Well-rounded selection of images that capture the family’s daily life as well as the joy and faith that is depicted in the article.”

Best Single Photo in Color – CPA third place – Knight’s Baby (September edition) – Parks. “The strength of the photo is absolutely the dark space. It is about 90 percent dark, with perfectly set slices of light. And yet nothing is lost. It all just grows stronger; dark chiaroscuro with a few splashes of blue, pink and gold. Exceptional focus. Exceptional light.” 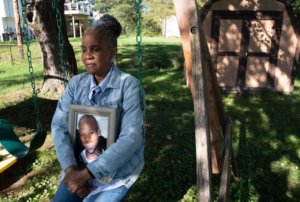 Best Single Portrait Photo, CPA third place – Barbra Swann (November edition) – Parks. Very, very strong. Tells a complete story. The swing, the tree as backdrop are superb; underlying themes of childhood, parks, fun and innocence. The portrait in the frame is haunting: a face that is there, but an individual who is not.” 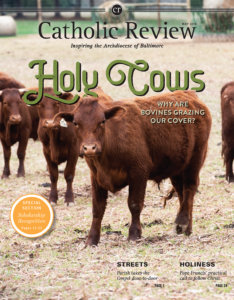 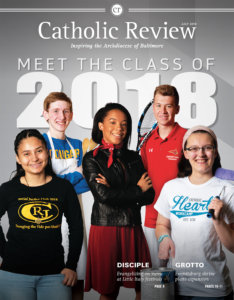 Photography: single photo with article or cutline – ACP Award of Excellence – Barbra Swann (November edition) – Parks. “Judges said, “Great job at conveying the emotion of both loved ones and their mourning of a loss.”