Calvert Hall rose to the occasion of the 100th Turkey Bowl Nov. 28 at sold-out Johnny Unitas Stadium, where the Cardinals rode the big plays of senior Cole Herbert and a ground game led by classmate Sean Tucker to a 33-10 rout of Loyola Blakefield.

What’s believed to be the nation’s longest continuous football rivalry among Catholic high schools was never in doubt after a couple of spectacular plays from Herbert.

The 6-foot-3-inch wide receiver leapt over two defenders and snatched a jump ball from junior quarterback Amir Jenkins for a 32-yard touchdown reception, then lined up at quarterback and bolted through the Dons’ defense for a 38-yard touchdown run and 14-0 lead with 53 seconds left in the opening quarter.

It was his first carry of the season.

“It wasn’t anything special for this game, we had been practicing it (the wildcat formation) all year,” Herbert said. “We decided to bring it. We had to come with everything this game.”

It was Calvert Hall’s sixth straight victory in the series and 10th in the last 11 years, trimming Loyola Blakefield’s all-time lead to 49-43-8 and leading to the display of a special edition of “The Hall” newspaper, feating a large-print headline reading “Six In a Row.”

That 10-1 run came under the direction of Donald Davis, who set a record for Turkey Bowl wins by a Cardinal coach.

“It’s all about the kids putting in the work, not just in the last three weeks, but all year,” said Davis, who estimated that he used more than 60 players. “I’ve followed tremendous (coaching) men. I’m blessed and humbled to be mentioned with them. 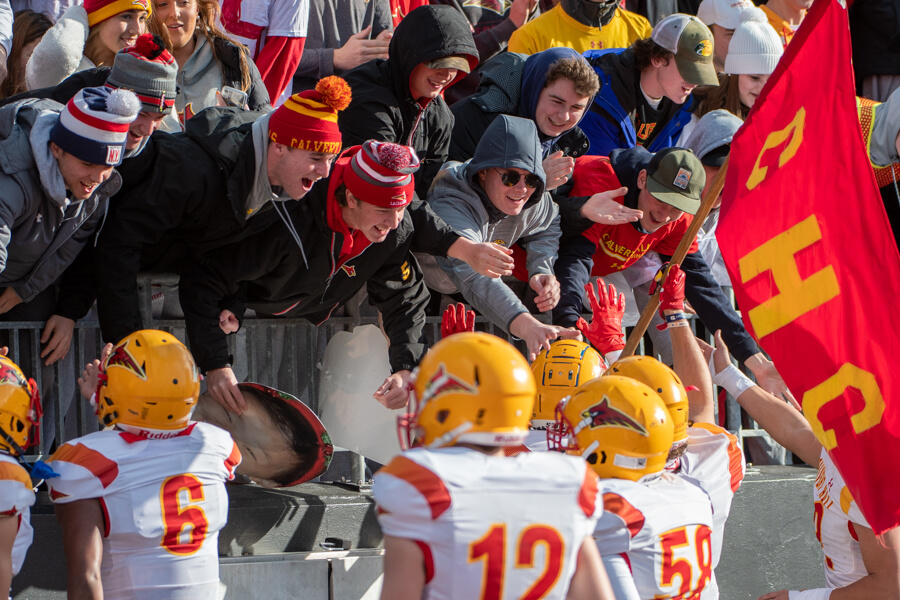 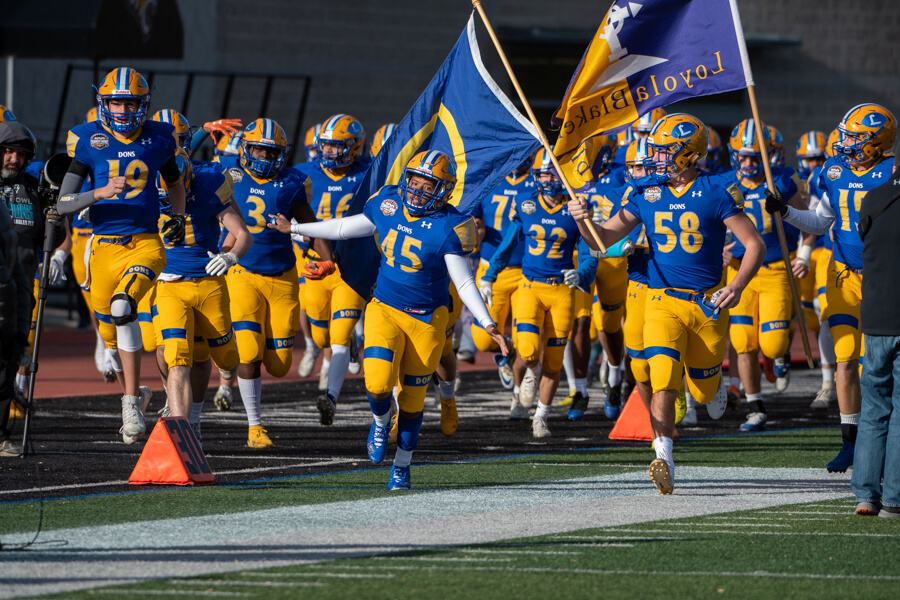 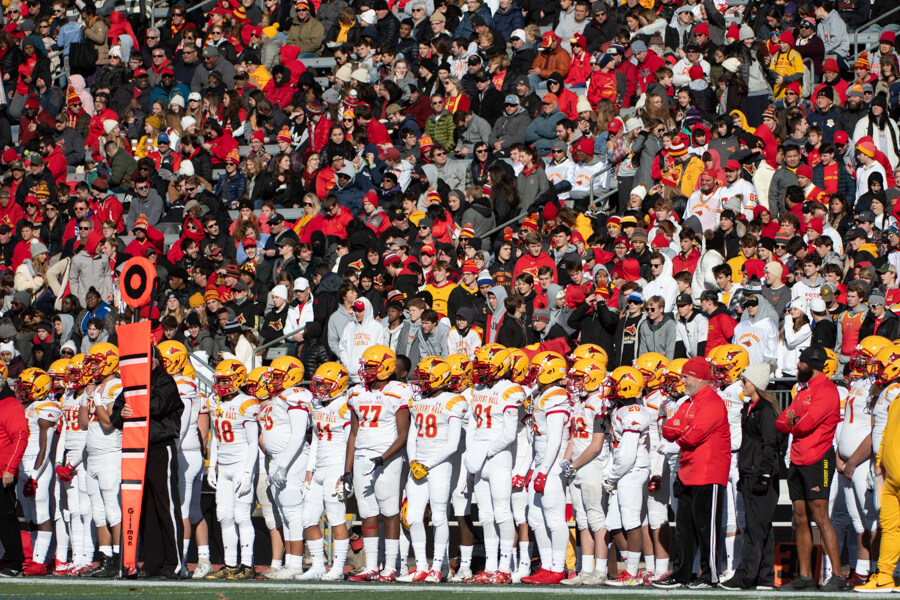 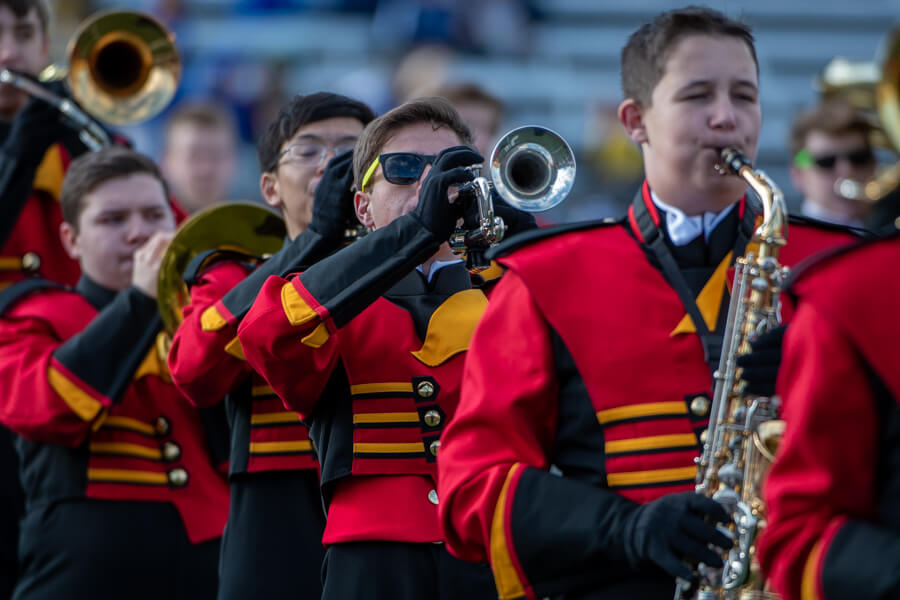 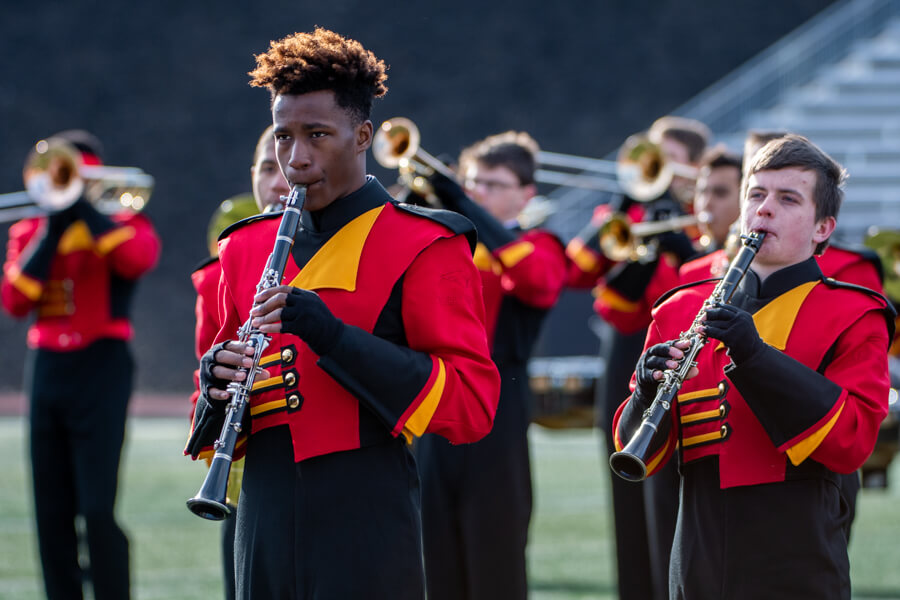 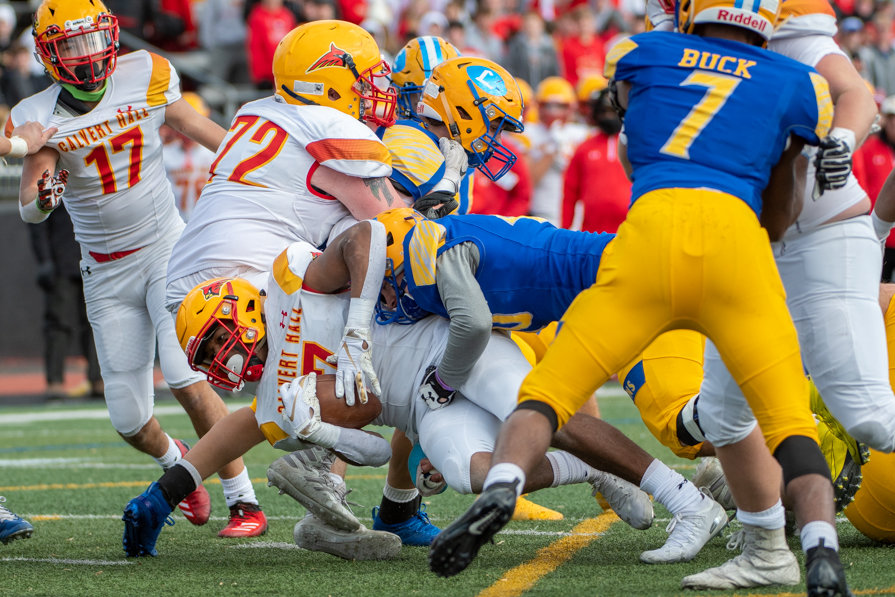 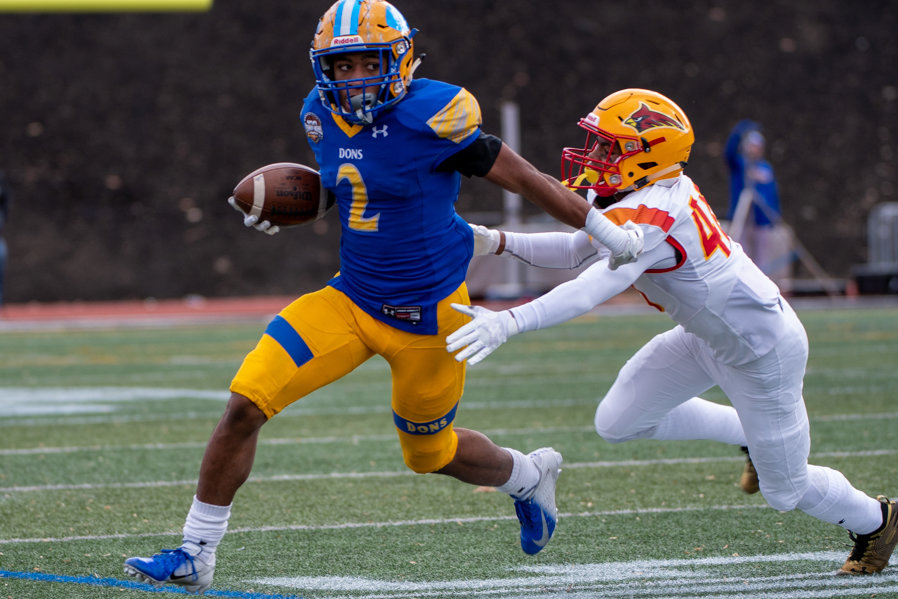 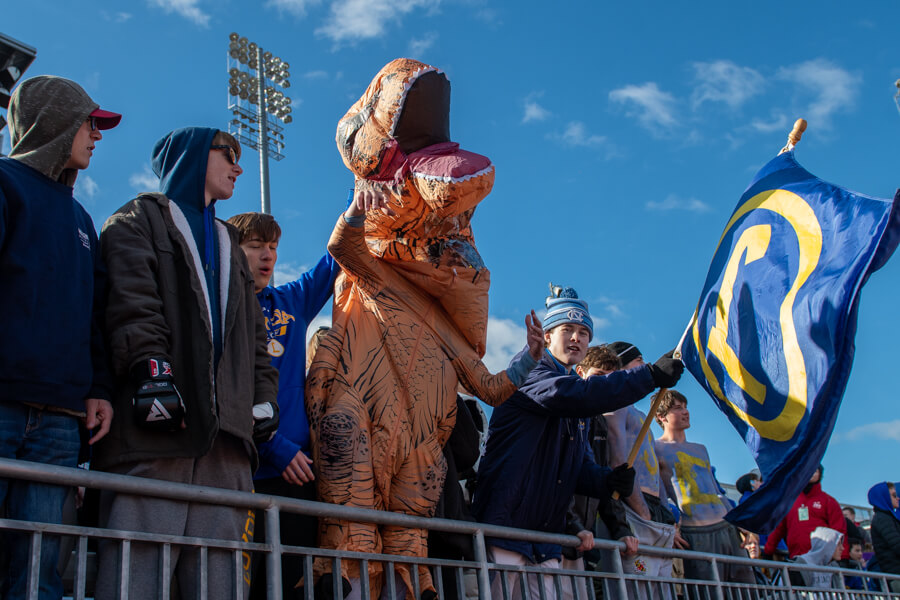 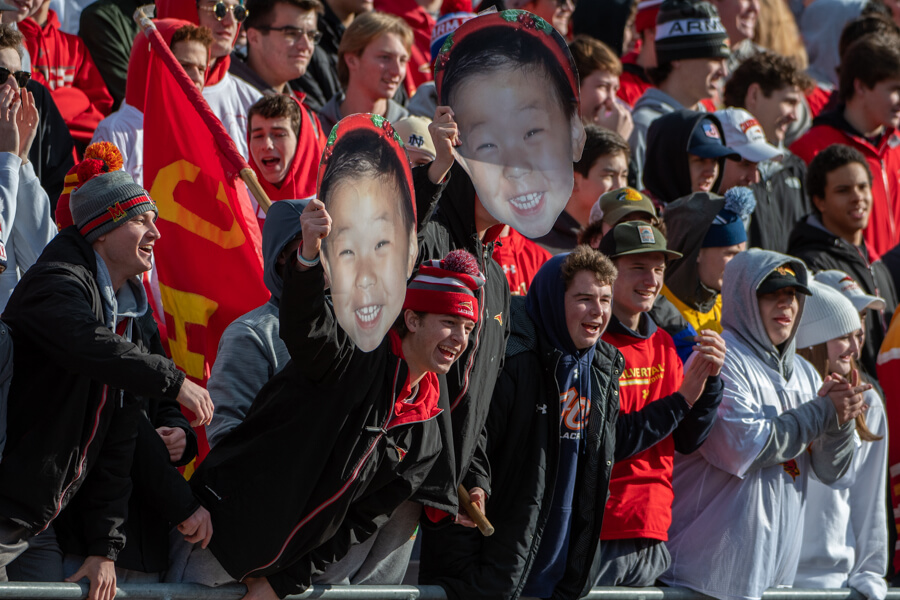 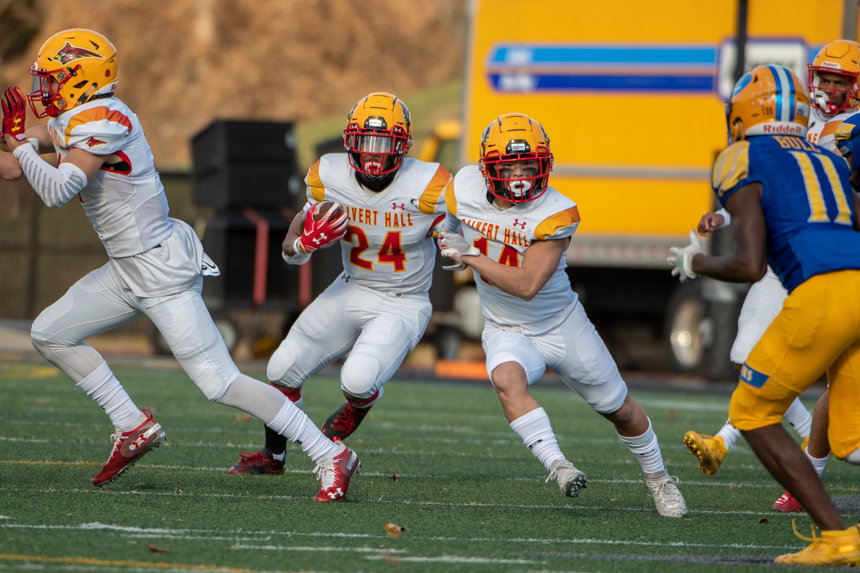 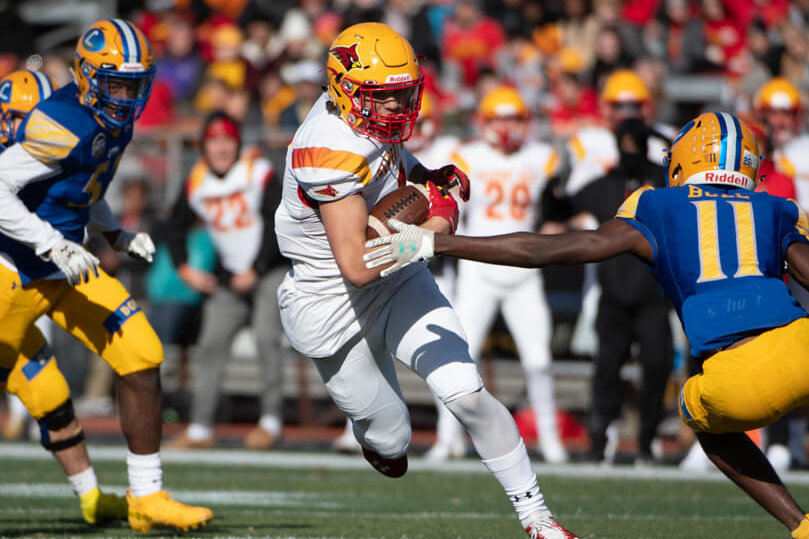 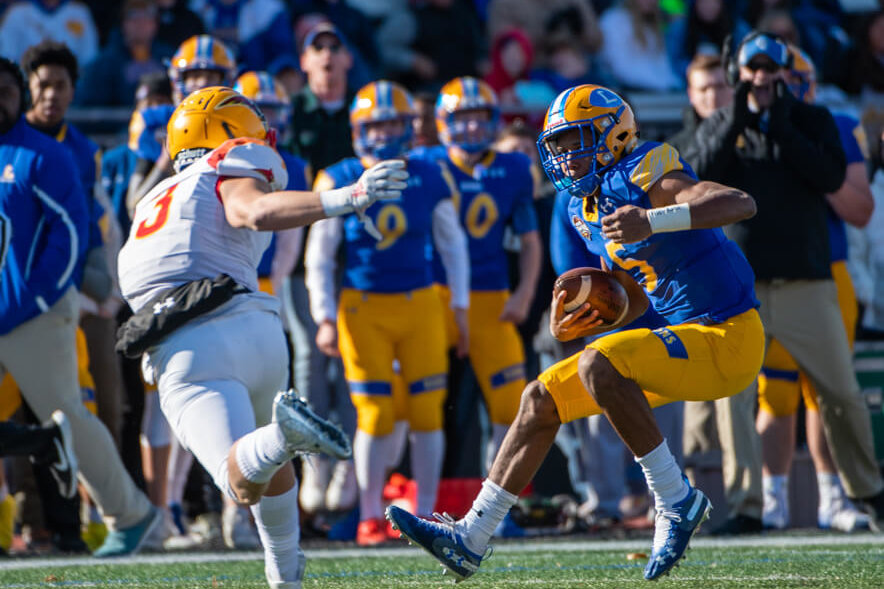 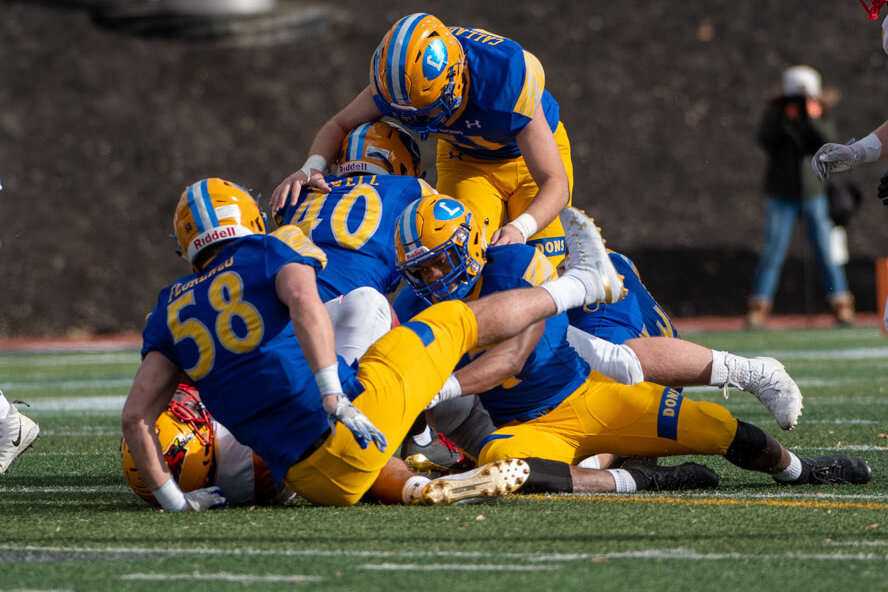 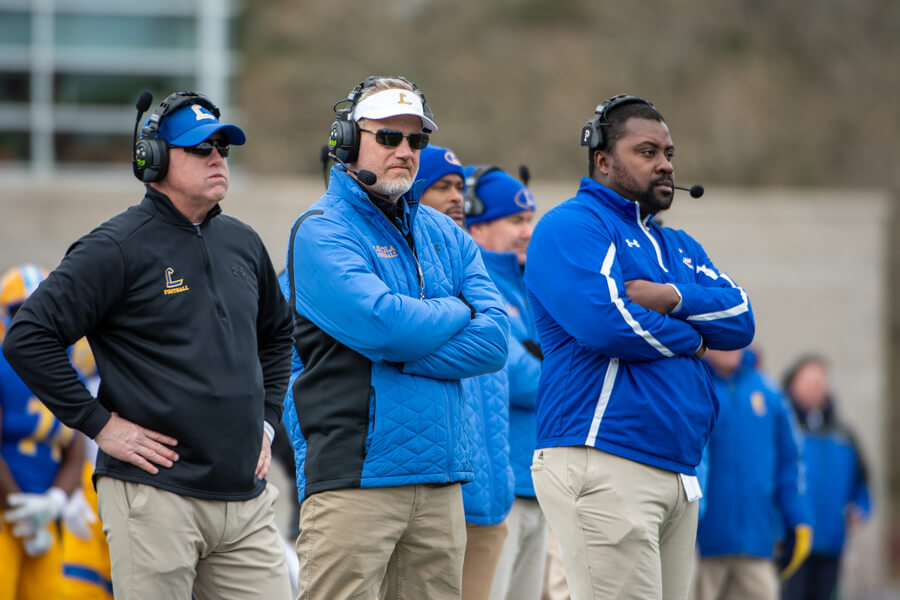 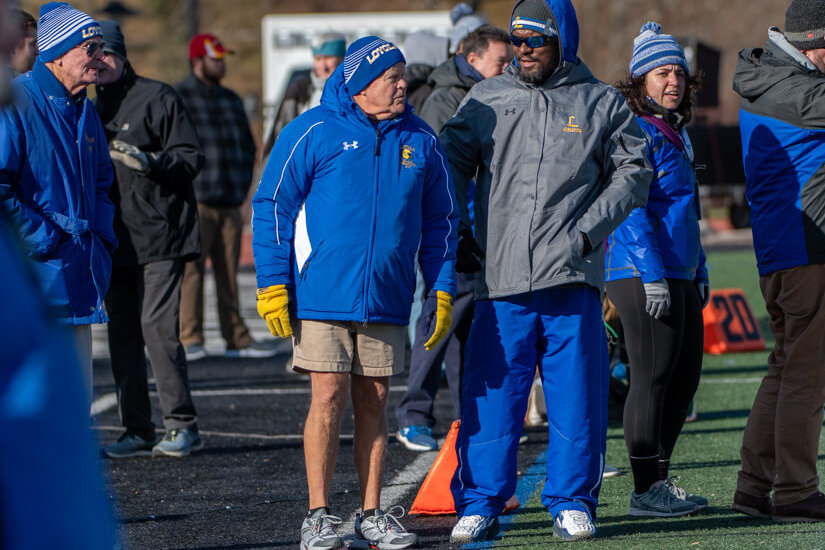 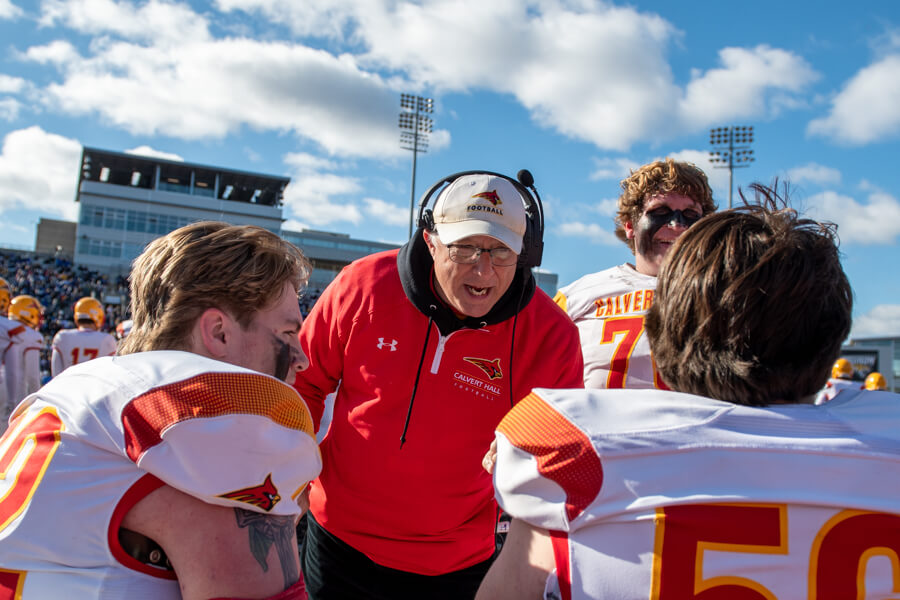 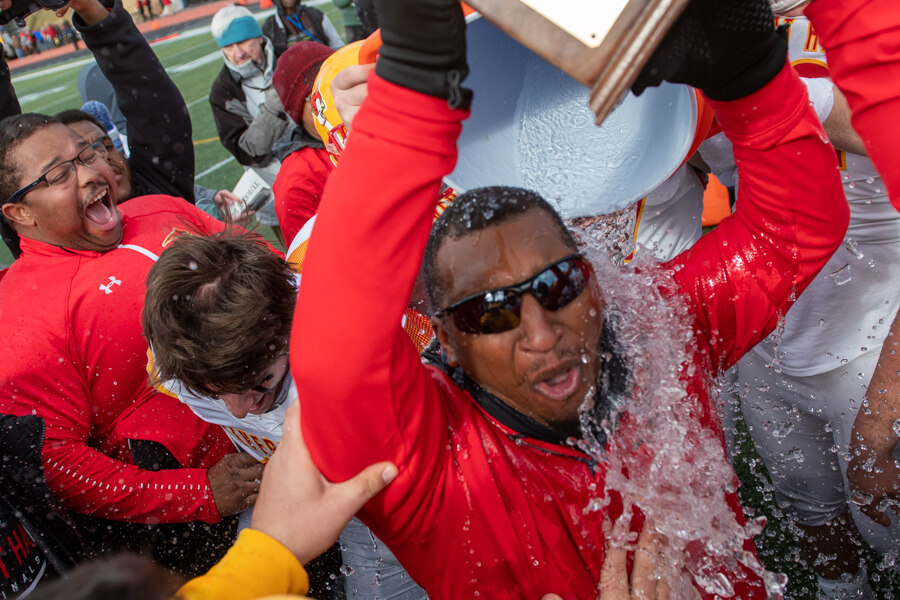 “Cole (Herbert) leads an outstanding group. He’s one of the best high school athletes in Maryland, and people forget how unselfish he is. To have a guy with that type of talent here, that’s something special.”

It was Herbert’s second straight Turkey Bowl with three touchdowns. A lacrosse player first, Herbert is headed to the University of North Carolina, where he’ll play for Joe Breschi, who played in the Turkey Bowl for Loyola Blakefield in the 1980s.

Tucker, who has accepted a scholarship to play football at Syracuse, led a ground game that netted 336 yards. He began Calvert Hall’s first possession of the second half began with a 47-yard-run. Six plays later, Herbert took it in from the 1-yard line for a 20-3 lead midway through the third quarter.

The Cardinals’ next possession featured a 46-yard pass and run from Jenkins to Kaelin Wade. Three plays later, Tucker finally got in the end zone for a 27-3 lead.

Loyola Blakefield responded with its only touchdown, a 35-yard pass from junior Jordan Moore to sophomore Ben Schleiff that completed a six-play, 57-yard drive.

Cobie Floyd closed out the scoring with a 12-yard run with 5:40 remaining.

“It was probably harder on me than the kids,” Davis said of the playoff loss. “They’re pliable. Competitively, they were able to turn a switch.”

It was the first Turkey Bowl in six decades without Augie Miceli, the Calvert Hall coaching and teaching institution who died in June. The Cardinals did have his grandson, Augie, class of 2020, in uniform.

Breschi’s football coach at Loyola Blakefield, Joe Brune, was on the Dons’ sideline, alongside assistant coach Bill Korrow, who worked his 50th and final Turkey Bowl in his trademark shorts.

The sellout crowd of 11,200 ranged from first-timers to Bob Patzwall, a 1956 graduate of Calvert Hall who has missed one Turkey Bowl, in 1971, since watching his first in 1947, when he was living on Hudson Street in Canton and attending the former parish school at St. Brigid.

“The only thing I remember from my first game is that Calvert Hall had a 310-pound tackle,” Patzwall said, That would have been the late George Young, who coached the Cardinals when Patzwall played for them and made the NFL Hall of Fame for his executive acumen.

The collaborative aspect of the rivalry extended to the TV booth, where WBAL gave Keith Mills the green light to join Scott Garceau, his old newsroom partner at WMAR, on the latter’s presentation of the game.