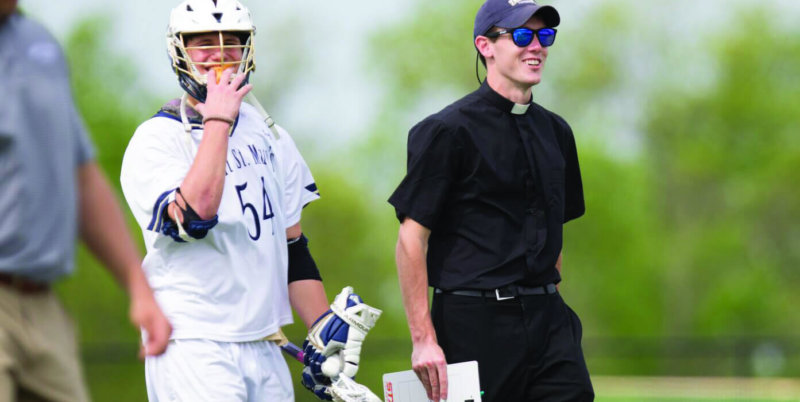 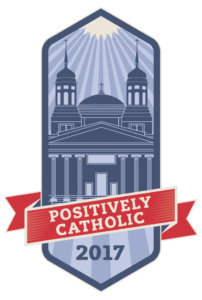 EMMITSBURG – “Behind every seminarian, I see tens – if not hundreds – of thousands of people whose lives he will touch,” said Monsignor Andrew R. Baker, rector of Mount St. Mary’s Seminary. “Who are the most influential people in the world? Priests are, for certain.”

Monsignor Baker, who was appointed rector by Archbishop William E. Lori in July 2015, wants the approximately 120 future priests currently at the Mount to transmit an influence over and above their own.

“Holiness isn’t our work; it’s the work of the Holy Spirit in us,” Monsignor Baker explained. “Priests have got to be docile, to grace and to the Holy Spirit. They have to have a prayer life so their windows are open, so to speak, to God’s will.”

Since its 1808 founding, the bucolic Mount, on the eastern side of the Blue Ridge, has formed more than 2,600 priests from across the U.S. and beyond who exemplify such qualities.

Blessed Father Stanley Rother, a priest of the Archdiocese of Oklahoma City who was ordained in 1963 and  was to be beatified Sept. 23, stands out in a long list of heavy-hitting alumni.

While Father Rother had been previously asked to withdraw from Assumption Seminary in San Antonio for low marks – rumor had it that the farm-raised young man had taken on too many labor-intensive extra duties – his ordinary, Bishop Victor Reed of what was then the Diocese of Oklahoma City-Tulsa, saw his potential and sent him to the Mount for a final chance.

After his ordination, Father Rother served a few associate pastorships in Oklahoma before leaving in 1968 for a mission to natives in rural Guatemala, where he spent the rest of his life.

In his ministry to the Tz’utujil people, which included the full complement of corporal and spiritual works of mercy, Father Rother exhibited docility to the Holy Spirit but not to those lesser powers that despised the potency of his influence.

He learned he was on a kill list but famously refused to abandon his sheep, and was shot in the head in his rectory July 28, 1981. In 2015, Pope Francis confirmed that the first U.S.-born martyr had been murdered “in odium fidei” (in hatred of the faith), allowing his cause for beatification to proceed.

Starting with Bishop Reed who got him in the door, Father Rother’s mentors and instructors at the Mount took it upon themselves to understand his gifts and challenges. Monsignor Baker is doing the same with today’s future priests, who, he noted, have “big hearts.”

“They want to do great things, and they understand almost immediately the need for a real strong prayer life,” he said. “They’re eager to be engaged with culture and society and people, and they’re very energetic.”

He is preparing future priests for the prospect of living alone, and possibly managing large parishes and clusters, necessitating that their influence – described in Scripture, Monsignor Baker noted, as “light, leaven and salt” – develop its full reach.

“What do light, leaven and salt do? When they get into something, they transform it,” he said. “Society will blossom.”