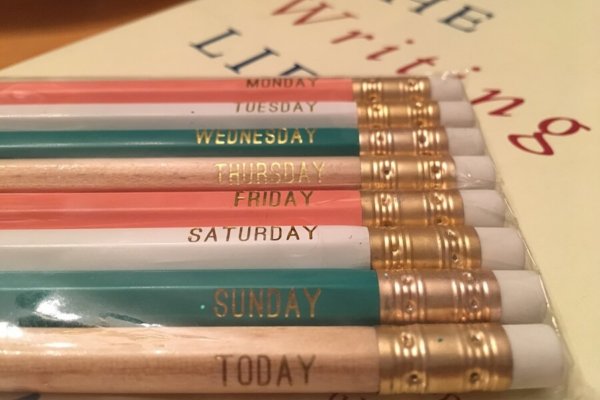 I can’t write this.

Every single time I sit down to write, I have that thought. I sit there, staring at a blank page, wondering how I’ll ever communicate what I’m thinking and feeling.

There is nothing as intimidating as the blank page.

And, because I often discover what I’m thinking through the writing process, I rarely know how a piece will come together in advance. Each piece is a journey. And there’s always that moment of anxiety, as if this time I might fail.

I’ve often wondered whether I was alone in this feeling of self-doubt. Do other writers approach each project with absolute certainty that they will find the write words, articulate exactly the message they have in mind, and convey it with thoughtful clarity to readers on the other end?

I mean, I know I have the ability to write, because I have already written many, many other pieces, but there’s always that little voice that tells me that this time I won’t succeed.

But then I read this piece on John Steinbeck and saw that he struggled with self-doubt, too.

“I’m not a writer,” he writes. “I’ve been fooling myself and other people. I wish I were.”

So, maybe it’s just a writing thing. Or maybe John Steinbeck and I have that one little thing in common.

Earlier this week the Archbishop of Baltimore invited me to join my colleagues at The Catholic Review for lunch to celebrate the awards the team won this past year. I’m a freelancer, so I always feel particularly honored to be included in the group—especially this year when The Catholic Review won News Organization of the Year from the Maryland-Delaware-D.C. Press Association.

Even sitting there at that lunch, I found myself wondering how I would maintain—or surpass—what I’ve been doing another year. I know I can. I have been writing in this space for seven years and thoroughly enjoying it.

But, of course, I don’t author these pieces on my own. We don’t do anything entirely on our own. The talents we’re given and the time we’re granted each day are gifts we receive. And we’re given them to pass along to others. We just need to embrace the moment, ignore that little voice that says we won’t succeed, and jump in.

So, I might have thought I couldn’t write this piece. But I just did.

Where is your self-doubt? Where do you think you might fail? Maybe today is the day that you conquer that fear of failure and tackle whatever it is once and for all.