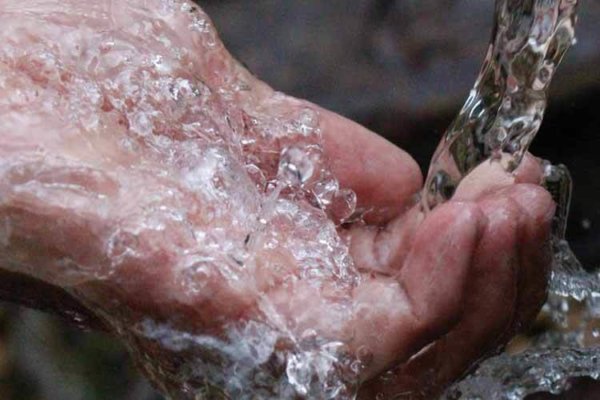 Q. One of the parishes that we sometimes attend does not have the “lavabo” (the washing of hands) during Mass. The priest has been asked about it, and he simply says that we don’t do it at this parish. But isn’t the lavabo a standard part of every Mass? (It’s done everywhere else that I’ve been.) (Albany, New York)

A. Yes, you are right: The lavabo is, in fact, a standard part of every Mass and has been so since the fourth century. The General Instruction of the Roman Missal — the “rulebook” for celebrating the liturgy — says: “Then the priest washes his hands at the side of the altar, a rite in which the desire for interior purification finds expression” (No. 76). No option, as you see, is offered for skipping this prayer and ritual action.

From time to time, I have heard a rationale offered for eliminating the lavabo — namely, that the gesture stems from the days when loaves of baked eucharistic bread were carried to the altar at the offertory and the priest needed to cleanse his hands of crumbs before proceeding with the sacred eucharistic prayer.

Since premade hosts are now used instead, this argument runs, the washing of the fingers has become unnecessary and obsolete. It may sound like a plausible argument, but it has the disadvantage of being wrong: Far from being just a practical and physical washing, the gesture has always been more about the interior need of the priest for purification.

Many churchgoers may not know the prayer the priest is saying at that moment — since it is inaudible — but the words are these: “Wash me, O Lord, from my iniquity and cleanse me from my sin.”

Q. One of the beatitudes in Jesus’ Sermon on the Mount is “Blessed are the poor in spirit.” Does that mean those simple-minded people who don’t ask any questions? (Lake Monticello, Virginia)

A. I like it when people ask me about the beatitudes because I don’t think we focus enough on them. They are central to the lives of those who would try to follow Jesus.

If you were to ask Christians to name the Ten Commandments, most of us could list them; but if you asked those same Christians to list the Eight Beatitudes, we might not do as well. And yet the beatitudes are really the “Christian commandments.”

Most of the Ten Commandments given to Moses directed people what not to do — a sort of “least common denominator”; but the beatitudes tell us instead, in a positive way, what we should be spending our time doing — acting as peacemakers, showing mercy, hungering for justice, etc.

But to answer your question: No, to be poor in spirit does not mean to be simple-minded and unquestioning. It means not being attached to a lavish lifestyle and material wealth as the goal of human existence; but even more, it signifies an attitude — a conscious awareness of our need for God. We didn’t create ourselves, nor do we sustain ourselves in being. God does that.

Once, some years ago, someone asked Billy Graham, with regard to this particular beatitude, “Shouldn’t we strive to be rich in spirit, not poor?” And Graham suggested substituting in the text the word “humble” in place of “poor.” We must not be self-satisfied or proud of heart, he said, but instead recognize our own dependency, our weaknesses and our need for God’s continual forgiveness.