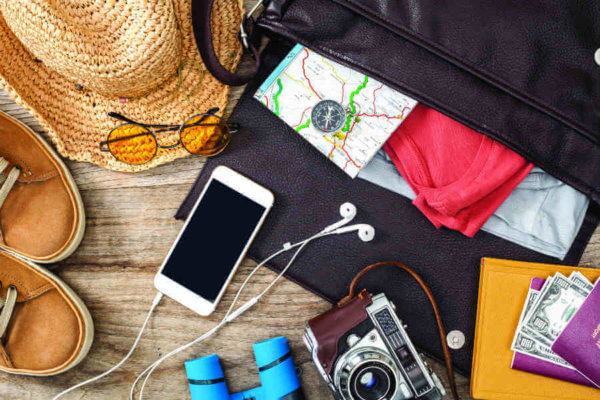 Back in the “old days” – 1959, when I was in the high school seminary at St. Charles College in Catonsville, now the Charlestown retirement community – the priests always had a stern advisory to us about summer vacation. As we would leave for the summer, we were always told: “You can’t take a vacation from your vocation!” What that meant was that we were expected to act like seminarians, like young men preparing for priesthood, no matter how remote ordination might be. For our class that would be 1971.

The fact that there were 110 of us in the first year of high school, and only 40 of us by the fourth year of high school, indicated that indeed a few young men took permanent vacations from their vocations. Perhaps it would be more exact to say that they would find another call to another vocation – namely, marriage.

I offer that background to make one simple point, and that is when we have all the time in the world – namely on vacation – we seem to make even less time for God. May I make a couple of simple prayer suggestions for the summer (or, for that matter, any time).

Jesus said that we were not to “multiply words.” Prayer is measured not by quantity but sincerity. Let me tell a few stories.

There was a humble older man who was asked one day how he had prayed throughout his life. The man replied: “Every morning when I first wake up, I always say: “Good Morning, Lord, this is Joe. Stay with me today, and help me to stay with you.” Prayer is first and foremost an awareness of God’s presence, and then allowing ourselves to live in that presence. We don’t have to say a lot of words. We only have to exert a lot of awareness. If you’re at the ocean, allow yourself to see God in the timeless waves. Allow yourself to feel God’s joy as you listen to the sounds of children playing and squealing. God is found in play and laughter.

Another story that has always been a favorite of mine is the true one of the old priest who would go into the chapel every afternoon, and fall asleep in the presence of the Blessed Sacrament. One day a more self-righteous, younger priest of the community woke the older priest up and said: “If all you’re going to do is sleep, why don’t you just stay in your room and sleep?”

The older priest replied: “Well, even an old dog can fall asleep at his

Vacations are times to relax, to sleep. Many a sunburn has come from sleeping too much on the beach, but at least sleeping is the right idea. Put on lots of sunscreen.

Too often, especially if we’re travelling, we turn vacations into endurance contests. We’re so busy trying to see everything, that we don’t enjoy anything. “Be still and know that I am God” has always been one of my favorite passages. Vacations should be times, not just to see different things, but to come home as different persons. Yes, we can see a lot, and still be at peace within.

One of my favorite “quiet memories” is walking down a quiet lane in Ireland near the Gap of Dunloe. Monsignor Jeremiah Kenney and I were staying nearby with some of his relatives. As I walked I kept hearing a strange sound – something like: “mish-mash, mish-mash, mish-mash.” I had never heard anything like it. I thought perhaps there were “little people.” As I stopped, I realized that I was hearing the sounds of cattle grazing. It’s never quiet enough here to hear such sounds.

In the silence of our vacations we can hear many things. Perhaps we may even hear the voice of God.