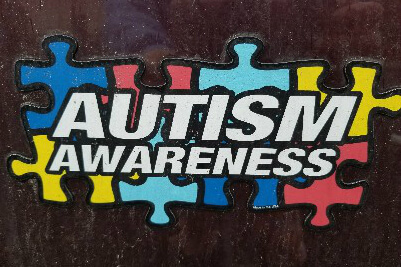 In this “The Things We Do for Love” series, I will be discussing the ways parents can adapt to strengthen their relationships with their children and pass along family values.

I never planned on having an autistic child, just as other parents don’t expect for their children to have Down syndrome, cancer or diabetes. When you hear the diagnosis, everything freezes as the GPS inside your head starts to recalculate. You want to figure out what causes it, how to treat it, and if there is a cure. Like a parent of any child, you often think about your child’s future. When your child has special needs, you wonder if your child will have the opportunity to live a successful, happy and independent life and what obstacles you will need to overcome together to make that happen. 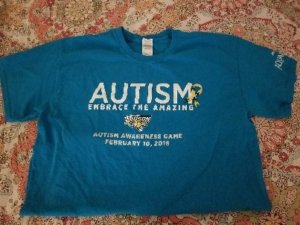 In order to answer those questions, many parents learn everything they can about their child’s disorder or disease. I downloaded audiobooks about autism and joined an online forum on the way back from Nemour’s Children’s Hospital on the day Frank received his autism diagnosis. I watched movies and TV shows about people with autism, including Temple Grandin, the true story of a woman with autism who brilliantly engineered a system for herding cattle despite being bullied and misunderstood. I attended the Baltimore Autism and Asperger’s Conference just to hear her speak. I took close to twenty-five pages of notes and am in the process of whittling all that content down into a one-page handout to share with Frank’s teachers, babysitters, friends and family members so they can have an easier time working with Frank…and Frank can have an easier time working with them.

When your child’s life is different than most other kids’, it consumes so much space in your mind that you can’t contain it. You feel compelled to do something to spread the word so that people can recognize your child’s behavior in public or their atypical appearance or the extra precautions he or she needs to stay healthy. You share everything you’ve learned about your child’s condition with friends, family members and even total strangers. You have an obligation to let the world know that your child is facing a battle and together you will win. 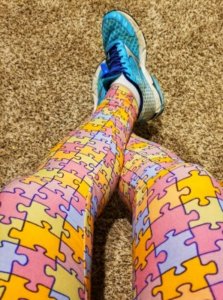 I have a colorful puzzle piece magnet on my car in the hopes that I can make a connection with someone (like the nice lady with the autism awareness sticker who let me out of a chaotic traffic situation at the Royal Farms Arena) or offer an explanation for my 65-pound son’s temper tantrum in the middle of Target or simply let the world know that my heart belongs to someone special. I’m even planning on doing an autism race in September to raise money and awareness for autism spectrum disorder. (I’m training in some puzzle piece leggings.)

You may find that in your advocacy, you pick up a few members for your promotion team. My parents took Frank to Towson University’s Autism Awareness Basketball Game. My sister-in-law suggested a book on social skills that one of her patients recommended (It’s So Much Work to Be Your Friend by Richard Lavoie). And Collin, my 8-year-old, told us that he’s decided to be a doctor for people with autism when he grows up. If that’s not an act of advocacy, I don’t know what is.

I never planned on having an autistic child, but God chose me for the job because of who I am and who he’s helping me to become. He chose me for my patience and empathy, even during Frank’s most extreme meltdowns. He chose because of my gift for teaching challenging students. By communicating to him in a way that he understands, I can help Frank learn how to overcome his frustrations so that he can get by in the world. God chose me because I am a natural advocate. He has given me a voice and a platform to keep spreading the word about autism, not only for Frank, but for everyone else who is a piece of the puzzle.

The Things We Do for Love, Part One: Play Their Game