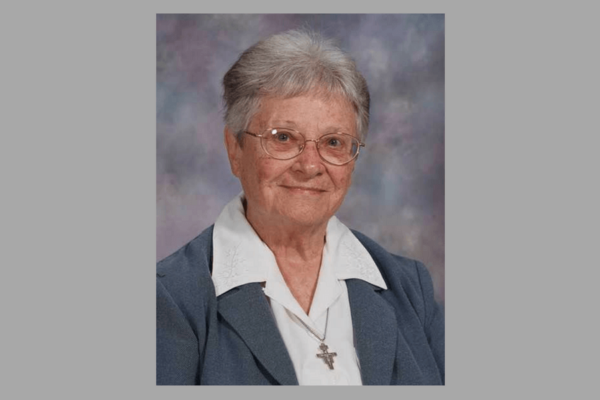 A funeral Mass was to be offered for Sister of St. Francis of Philadelphia Elizabeth Doyle (formerly Sister Elizabeth Joseph) April 11 at Assisi House in Aston, Pa., proceeded by a wake service and viewing at 9:30 a.m. She died April 3 at 98 after serving 77 years as a professed religious.

Sister Elizabeth spent the majority of her ministry in education. During her 15 years in the Archdiocese of Baltimore, she taught at St. Anthony School in Baltimore and was a teacher and principal at Immaculate Conception School in Towson.

A Baltimore native, Sister Elizabeth grew up a parishioner of St. Elizabeth of Hungary in Highlandtown. She attended the former Seton High School in Baltimore.

She professed her first vows to the Sisters of St. Francis of Philadelphia in 1941.

Sister Elizabeth earned a bachelor’s in English from Mount St. Mary’s University in Emmitsburg in 1962, and a master’s in elementary education from the Catholic University of America in Washington, D.C., in 1972.

Throughout her ministry in education, Sister Elizabeth served in the Archdioceses of Washington and Mobile, and in the Dioceses of Raleigh, Pensacola/Tallahassee and Wilmington. In 2010, she retired to Assisi House, where she served in prayer ministry until her death.