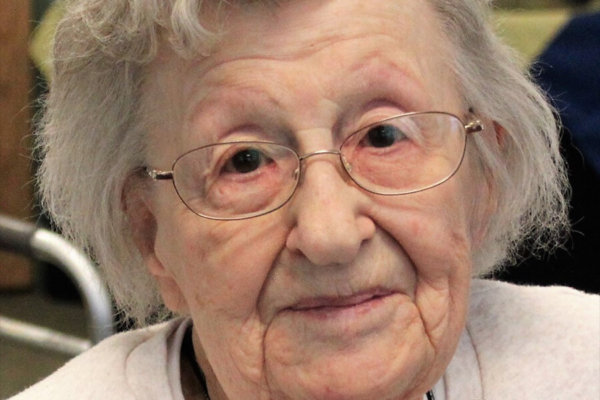 Sister Dorothy Rachuba, who ministered as an educator for 60 years in Catholic schools, most of them in Baltimore City, died June 29 in Towson at age 92. A Baltimore native, she was a vowed member of the School Sisters of Notre Dame for 70 years.

According to an obituary provided by her order, Sister Dorothy was baptized at Holy Rosary Church in Fells Point, taught by the School Sisters at Sacred Heart of Jesus School in Highlandtown, and confirmed by Baltimore Archbishop Michael J. Curley. As a seventh-grader, as Sister Dorothy recounted in her biography, she noticed pictures of girls, wearing long black dresses, on her teacher’s desk and asked Sister Cassian about them. She learned that they were candidates preparing for the religious life. “Then and there, I don’t know why, I was determined to become one of them,” she wrote.

She was received into the novitiate in July 1948 and given the religious name of Mary Edwardine. In the Archdiocese of Baltimore, beginning in 1949 and concluding in 2006, she taught at St. Wenceslaus School; St. Ambrose School in Park Heights; St. Matthew School in Northwood; St. Pius X School in Rodgers Forge; and Our Lady of Fatima School. Her hometown service was interspersed with teaching duties at parish schools in New York City, Fort Oglethorpe, Ga., and Verona, Pa.

According to her niece, Debbie, Sister Dorothy was a very special aunt and a godmother to many.

A funeral Mass was offered July 3 at Villa Maria.