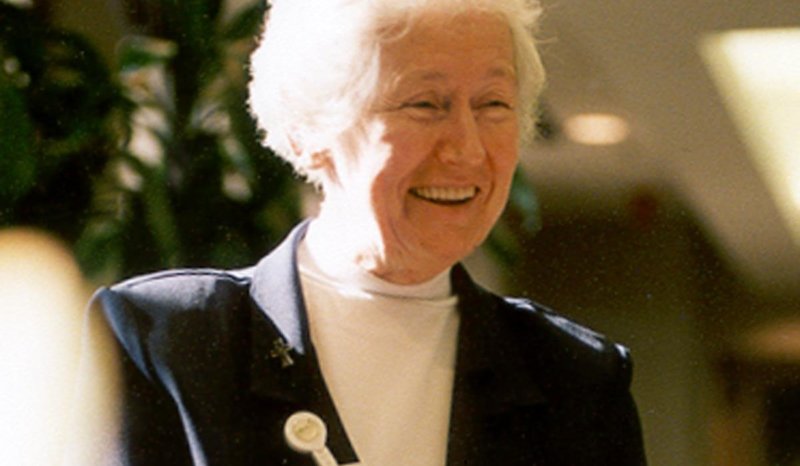 Sister Annella served in various roles since joining Mercy Medical Center in 1961, including as a bedside nurse and as director of Mercy Hospital School of Nursing. She later worked in the business office until her retirement in 2010.

“Throughout her career, Sister Annella served as a teacher and mentor to young nurses and staff who were seeking to advance their profession and careers,” Tom Mullen, president and CEO of Mercy Health Systems, said in a statement. “She demanded excellence, but never failed to teach them their jobs played a critical role in fulfilling our mission.”

She was best known as the unofficial historian for Mercy – and for all things Irish, thanks to her nine visits to Ireland and her hobby of researching her own genealogy. In 2005, she served as the grand marshal at the Baltimore St. Patrick Parade, an occasion that coincided with the 150th anniversary of the Sister of Mercy.

She told the Catholic Review in 2012 that history captivates her because “it tells the story of the world and our lives. We ignore history, but history does repeat and I find it fascinating.”