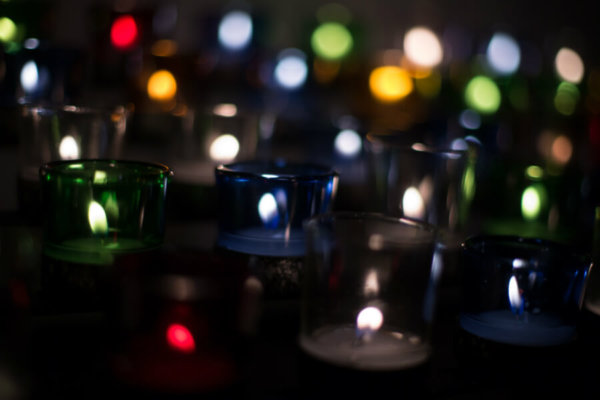 After graduating from college, I was working as a newspaper reporter in Lebanon, Pa., when I learned the Ku Klux Klan was coming to town.

Naive as I was, with my newly minted college degree, I hadn’t even realized the Klan still existed. I thought it was a part of history books. Yet here I was receiving my assignment for the rally that would happen on the steps of the courthouse, just steps away from our newspaper office.

When I look back on that day, I remember being frightened and troubled. But what I recall best was standing there, pen and notepad in hand, surveying the scene, when one of my colleagues—a woman who emptied our trash every day—came to stand next to me. We smiled and exchanged a brief greeting. The Klan members were yelling, spewing hate-filled nonsense over the crowd.

Then one of the hooded men called out something opposing interracial marriage, and my colleague turned to me and said, “Well, he has a point there.”

I was completely stunned. I don’t remember how I responded—either with nothing or nothing meaningful. I could not get my mind around the fact that this woman I chatted with nearly every day held this prejudice. She was probably in her 40s, a mother and a wife. And she believed that people of different races shouldn’t be married? I was in shock.

It was a lesson for me. I started to realize that people I encounter every day, people I know, do not necessarily share opinions that I think are commonly held. It forced me to recognize that racism is real, not just under hoods, but in so many large structural ways and in small daily encounters we take for granted. And I realized that I do not know how to respond to racism, even when I am confronted by it.

Today, almost 20 years later, I am a parent of two children who were born in China. The conversations we have about race in our home are ongoing and never easy. Already in their young lives, our sons have experienced racism at school. I can’t say I’m surprised, but I’m disheartened.

That’s how I felt as I watched the events unfold in Charlottesville. I am not surprised that there are people who are so full of anger. But I do find myself wondering what we can do to counteract hatred, to combat racism, to help bring justice.

I don’t have many answers.

We can pray, of course.

We can speak—and listen.

And we can have faith that the hatred and violence of this weekend can spur positive action. Love will prevail.

Joining Theology Is a Verb and Reconciled to You for Worth Revisiting Wednesday on Aug. 18, 2017. and