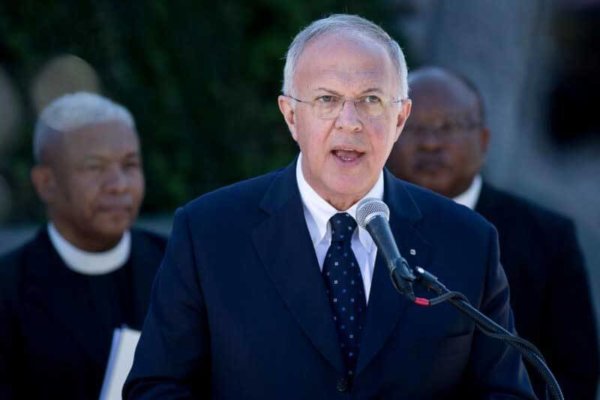 This Advent, stop worrying about Christmas presents and hanging lights, negotiating mall traffic or scouring the web for the perfect gift.

And then imagine that the only reason you have to do all of this is because you are Catholic. All those Masses you’ve hoped would end quicker, all those religious ed classes you had to drag your kids to, all those bishops’ appeals that you groused about paying: They mean a possible death sentence.

So actually, imagine you have a second choice: You can keep your home. Be at peace with your neighbors. Go on with your lives. All you have to do is give up your faith.

This Advent, imagine you are a Christian in Iraq.

Catholics in our country are barely aware that our coreligionists around the world are persecuted — sometimes subtly, sometimes cruelly — in dozens of countries. Pope Francis has said that there are “more martyrs today than in Christianity’s first centuries,” and many of them are in the region where Christianity was born.

When the United States invaded Iraq, there were 1.4 million Iraqi Christians. Targeted first by terrorists and sectarian militias, then by the Islamic State group, today there are fewer than 250,000. Brutalized by IS and sometimes their neighbors, survivors have been displaced in Iraq or fled to foreign countries willing to take them.

And despite all this, says Archbishop Bashar Warda of Irbil, in Iraq’s Kurdistan region, their faith has persevered and grown even stronger. Organizations like the Knights of Columbus, Aid to the Church in Need and the Catholic Near East Welfare Association have given an apostolic partnership of Christian churches support. So has Hungary. Towns are being rebuilt. The Knights, for example, raised $2 million to rebuild one Christian town, Karamles, in the Ninevah Plain, after it was freed from IS.

Archbishop Warda recently said, “Knowing we are not forgotten gives us hope.” But the bitter truth is that Iraqi Christians are forgotten by most Catholics in our country. We rarely hear about it from the pulpit, on the daily news or from each other. People who share our baptism, who share our faith, who risk everything for it, are barely a blip on the radar.

In a recent speech, Carl Anderson, supreme knight of the Knights of Columbus, put it plainly: “Today the plight of Christians in the Middle East is one of the great human rights causes of our time. And in this century, Americans have a unique moral duty to come to their aid. Yet, to date, our response has been far from adequate.”

Only recently has the U.S. government committed to aiding persecuted religious and ethnic minorities in the Middle East, including Christians. But this is not a task for governments alone. These are our brothers, our sisters. Do we hear the searing words of Matthew 25 and think of them at all?

This Advent, imagine giving up one meal for our brothers and sisters in the faith. Give up one venti cappuccino. Give up one gift under the tree. As a family, donate to one of the organizations I mentioned who are dedicated to helping these Christians.

This Christmas season, as we hear about the slaughter of the innocents and the flight of the Holy Family into Egypt, imagine that it is happening today. Imagine you are doing something about it.

Greg Erlandson is the director and editor-in-chief of Catholic News Service. He writes the CNS column "Amid the Fray."