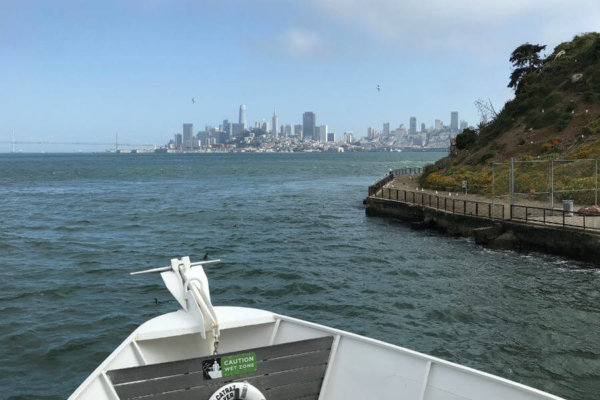 A few weeks ago the boys and I met my college friend Annie for lunch. While we were enjoying our slices of spaghetti pizza, Annie asked Daniel about his First Communion.

I was surprised for a moment when she asked. Annie is Jewish, and we discuss other topics more than religion. But she had seen his First Communion pictures on Facebook, so she wanted to ask my children what it was all about.

It was such a great question for our 8-year-old and his big brother. Together—with a little help (and a little prodding) from me—they explained the Eucharist and First Communion.

I sat there listening and enjoying all of it. The conversation moved naturally from First Communion to Pokemon and free goodies from Annie’s library. Afterward, on our drive home, the boys and I talked about Judaism and Christianity and Catholicism. They were intrigued by Annie’s interest. 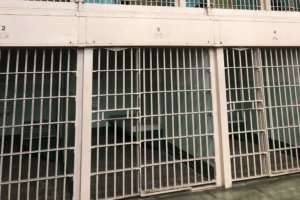 Fast forward a few weeks and Annie was getting ready to leave for a trip to San Francisco. She had told me that she was planning to go to Alcatraz, but a few days before her flight she suddenly discovered that tickets were all sold out.

Apparently Alcatraz tickets are a hot commodity. As we bantered back and forth, she said she was going to try yet again by calling the ticket office.

“Please appeal to the saint of your choice for me,” she said.

I could have asked many saints to intercede, but Maximilian Kolbe immediately came to mind. We had taught him as our saint of the week in faith formation one Sunday this spring, and I knew he was a patron of prisoners. His story is so inspiring…and challenging. 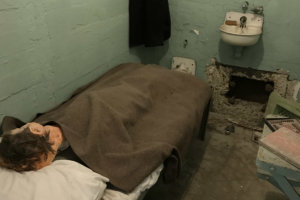 So I turned it over to Maximilian Kolbe. And, although there may be people who would feel I was wasting his time, I like to imagine him sitting there in Heaven, thrilled to receive such a simple, fun request.

“Hey, Jesus,” he might say, “did you know that people are arguing over Twitter about the best way to get tickets into some old prison? Isn’t that a riot? Let’s throw this librarian from Washington, D.C., a bone.”

Sure enough, Annie got her ticket. And she texted me a few days later while she was exploring the nooks and crannies of Alcatraz. These are, in fact, her pictures, which she is graciously allowing me to share.