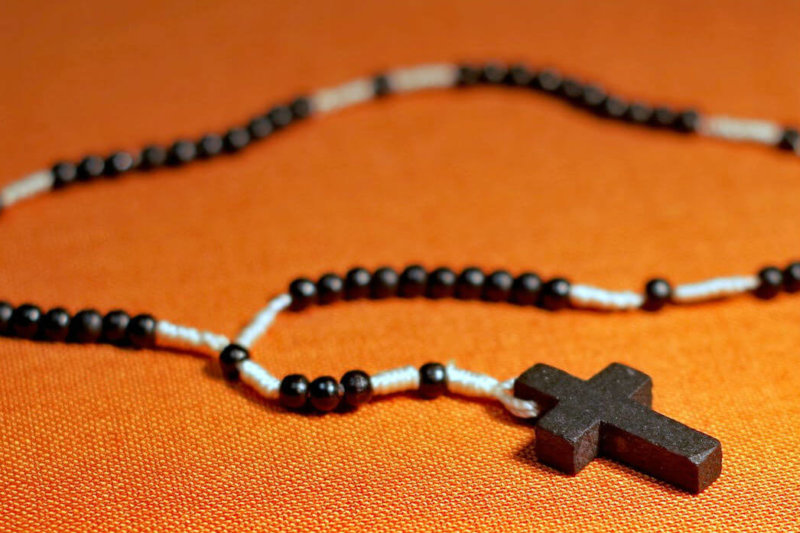 Phil replied: “Of course I believe in God. Don’t you?”

The other soldier replied: “No. I believe in good, but I don’t believe in God.”

The next day they hit the beach, and the world was blowing up around them. Phil dove into a hole, and, by chance, his buddy landed in the same hole. He shouted to Phil: “Man, what are you doing?” Phil replied: “I’m saying the rosary!” The other guy replied: “Say one for me!”

Phil Maher’s faith never wavered. When he died last month at the age of 93, it was his faith that saw him through death to eternal life.

Phil was a pioneer in many ways. He started the idea of selling advertisements on the back of Sunday bulletins. Phil felt like he could help parishes by giving them a free printed bulletin each week, as well as provide income to raise his eight children. His family-run business, FATA Inc., continues to serve today.

Phil was married to Emily for 74 years. She continues on with 23 grandchildren and 11 great-grandchildren. They have lived the Biblical blessing of living to see “their children’s children.”

As I have previously shared in this column, I have lost so many loved ones in recent years. There’s a fine line between grief and depression, and I think I have crossed the line. As I’ve said before, faith keeps us from despair, but it doesn’t take away our feelings.

While the Gospels are statements of faith rather than biographies of Jesus, it is possible to see Jesus and his own pain.

When he heard that his friend Lazarus had died, John’s Gospel tells us that Jesus stayed where he was for several days. He eventually would go to Bethany and raise Lazarus from the dead, but the ministry took a toll on Jesus as well. Jesus cried at the tomb of Lazarus.

Jesus was not some mythical superman. He was God-made man, which means that while he could act with the power of God, he still knew the pain of being human.

Each of us has our own unique journey of faith. None of us does life exactly the same. But no one, I believe, has lived life better than Phil Maher. In death, his family requested that any donations be sent to the Society of St. Vincent de Paul. Phil will be helping others even in eternity.

And don’t be surprised when you stand before the Lord at the end of life, as Christ opens the Book of Life, you may see advertisements on the last page.