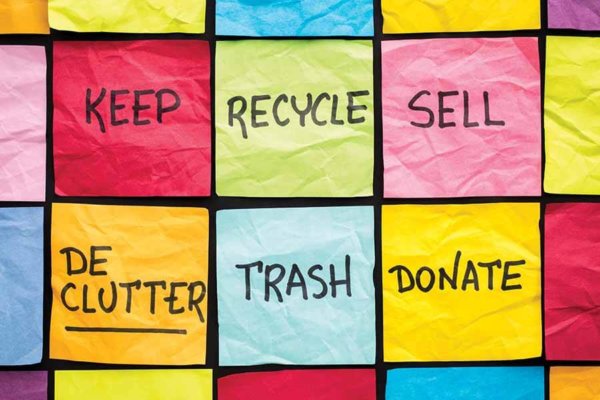 As I write this column, I am preparing to move. I’ve lived in my current residence, the rectory at the Cathedral of Mary Our Queen in Homeland, for just over 40 years.

Forty is an important Biblical number. The Jews wandered in the desert for 40 years before entering the Promised Land. Jesus spent 40 days in the desert preparing for his public ministry.

Moving is hard. When people are interviewed, moving is rated as one of the higher stressors in their lives. For me, moving is especially difficult. I live in the world of ideas, which is great for writing. But I don’t do practical things very well. Even though the move is temporary, it still requires looking at all the things I take for granted.

Most people probably move at least three times in their adult lives. There may be a first home after marriage. Often there is a second move into a larger home. Then there is a final move into a community for seniors, such as Oak Crest (where I minister) or Mercy Ridge (my current destination).

Moving changes all of us. I’ll never forget in my first year in the minor seminary in 1959 at St. Charles (now Charlestown). The priest invited us during meditation in chapel at 6 a.m. to think about what it cost God to become human. The priest said: “If you could imagine becoming a cockroach, that’s what it would be like for God to become human.”

That wasn’t the most positive assessment of humanity.

Fortunately, later in life I heard a more positive assessment of the Incarnation. This theologian said: “Human is what God would become when God chose to become other than just divine.”

To be human, then, is to be worthy of God. God affirms the value of human life, by becoming human himself. But life is not easy. The Jews had to fight their way into the Promised Land. Jesus had to face down Satan in the desert. You and I have to face our own demons.

None of us does that alone. I have spent most of my 47 years as a priest, comforting and counseling people in their difficult times. It’s been my privilege to help others to face their demons and darkness, and to discover their goodness and Godliness. Jesus got discouraged in his lifetime. He needed time alone in prayer. He needed the Apostles. He needed Martha and Mary and other women that the Gospels tell us followed Jesus to help with his needs. On occasions, Jesus even heard the voice of his Father speaking to him from the clouds.

I’ve been fortunate in having people help me with the physical and emotional parts of the move. This move is only temporary.

But then again, so is life.