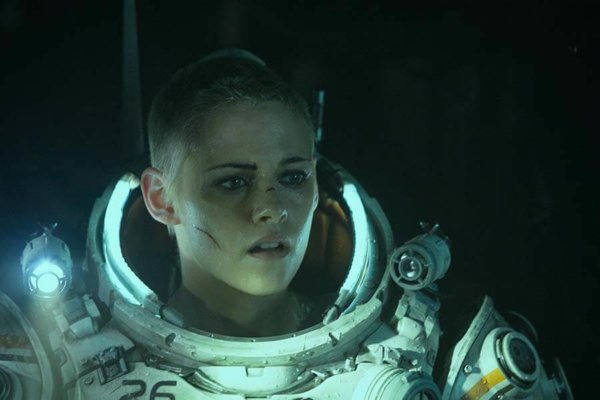 Kristen Stewart stars in a scene from the movie "Underwater." The Catholic News Service classification is A-III -- adults. The Motion Picture Association of America rating is PG-13 -- parents strongly cautioned. Some material may be inappropriate for children under 13. (CNS photo/Fox)

NEW YORK (CNS) — Like the ocean depths in which it’s set, director William Eubank’s monster movie “Underwater” (Fox) is dim and murky. Though acceptable for most grown moviegoers, some gruesome deaths notwithstanding, it’s a tedious survival slog on which viewers should hesitate to embark.

The opening credits take us through headlines about a drilling operation at the bottom of the sea, then down to its headquarters where, from the start, things are not going well. We know this because Norah Price (Kristen Stewart), the electrical engineer who serves as our cardboard protagonist, stops brushing her teeth long enough to wonder why the walls are shaking and the lights keep blinking on and off.

This turns out to be but the prelude to full-blown disaster, and soon Norah and some of her colleagues, led by their commander, Capt. Lucien (Vincent Cassel), have settled on a somewhat desperate plan to head for the shelter of a similar structure nearby. Donning suits reminiscent of those worn by astronauts, they set out on their perilous quest across the sea bed.

There are greater dangers than they anticipate awaiting them, however, since the mysterious creatures that inflicted the destruction in the first place are not inclined to let them pass in peace. (No one, on screen or off, buys into the flimsy surmise, proffered at the outset, that the rig was brought down by an earthquake — nor does the script, penned by Brian Duffield and Adam Cozad, intend that we should.)

Given that the audience knows little, and will likely care less, about Norah’s background, it’s hard to invest much concern in her story. There’s a tragic incident in her recent past, but it’s dealt with too sketchily to achieve any emotional effect.

Capt. Lucien is the strong, silent type, while another of the crew members, Emily (Jessica Henwick), is a quivering fraidy-cat. The closest thing to a detailed personality we’re offered is jokester Paul (T.J. Miller), who carries a little stuffed animal with him at all times and has the perpetual air of having just stepped away from a kegger at the frat house.

The proceedings, accordingly, alternate between the boredom of spending time in the company of these mostly one-dimensional characters and brief outbursts of nasty mayhem. At one point, Emily observes ominously, “We’re not supposed to be down here.” Many a viewer will agree.

The film contains brief but intense scenes of violence with much gore, a few uses of profanity and a couple of milder oaths, at least one rough and several crude terms and a bit of crass talk. The Catholic News Service classification is A-III — adults. The Motion Picture Association rating is PG-13 — parents strongly cautioned. Some material may be inappropriate for children under 13.