GLYNDON – In early February, when Monsignor Lloyd E. Aiken informed his parishioners that he had been diagnosed with stomach cancer, he wrote, “May we continue to walk our journey of faith together …”

Nine months into his fight with stage 4 cancer, the 74-year-old priest of the Archdiocese of Baltimore can see he is not alone.

“It hasn’t been an isolating thing,” he emphasized.

There were the 600 people who came to St. Charles Borromeo in Pikesville last March to pray for the healing of their pastor. There is the open door he continues to find at Sacred Heart in Glyndon, where the conclusion of his 32-year tenure as pastor was hastened by the cancer.

That support was on display Oct. 6, when Father Gerard Francik’s installation as pastor of Sacred Heart and St. Charles Borromeo concluded with an acknowledgement of his predecessor, who received a ceremonial electronic striker for the bell to Glyndon’s “Little Church,” which had been silent for more than 50 years.

“It was Father Francik’s day, I didn’t want to detract from that,” Monsignor Aiken said. “You need to celebrate him. I had my retirement. I had said farewell.”

Nonetheless, hugs outnumbered handshakes afterward as parishioners lined up to inquire about his health and reminisce.

The historic “Little Church,” which was dedicated in 1887, and Monsignor Aiken are forever linked, as he took his first Communion there. Sacred Heart is where he received his religious education from the Sisters of Notre Dame de Namur who taught at Maryvale Preparatory School.

“I was blessed to share my time and ministry with a parish that had ties to my childhood,” he said. “It helped to strengthen my vocation. I’m thankful for where I was raised.” 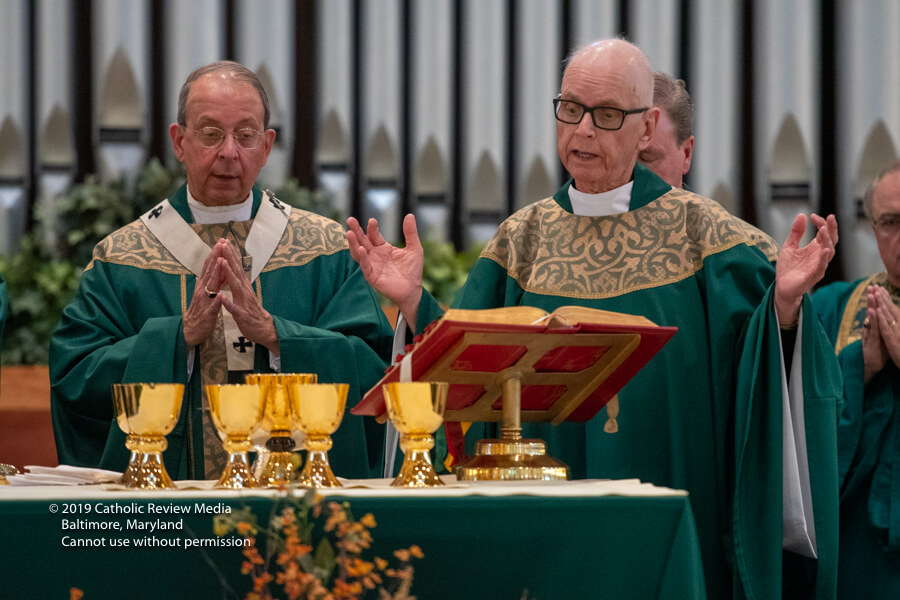 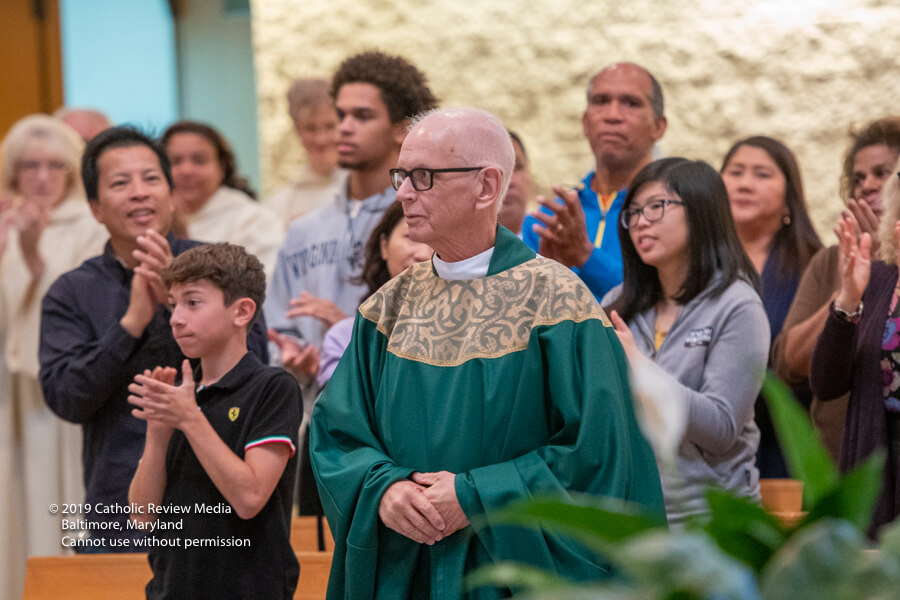 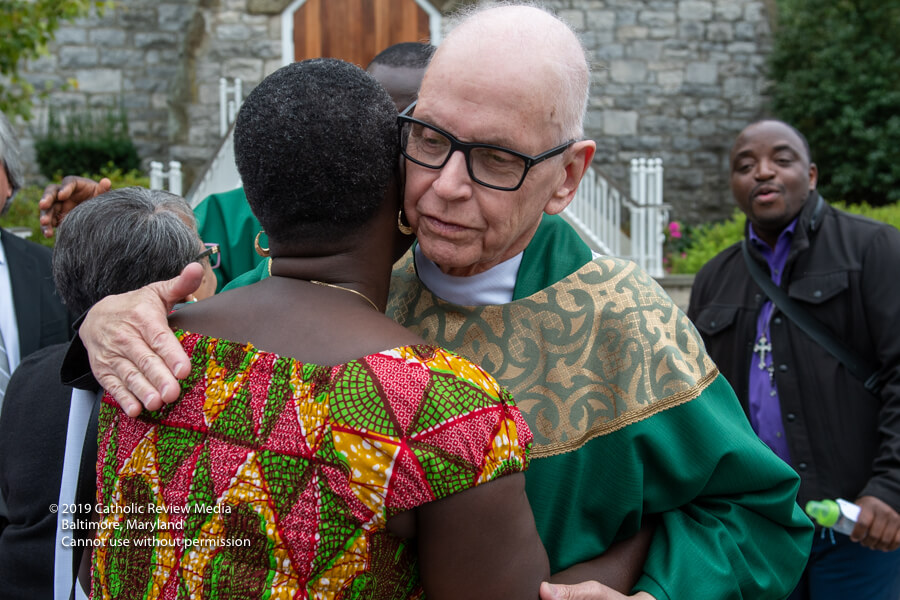 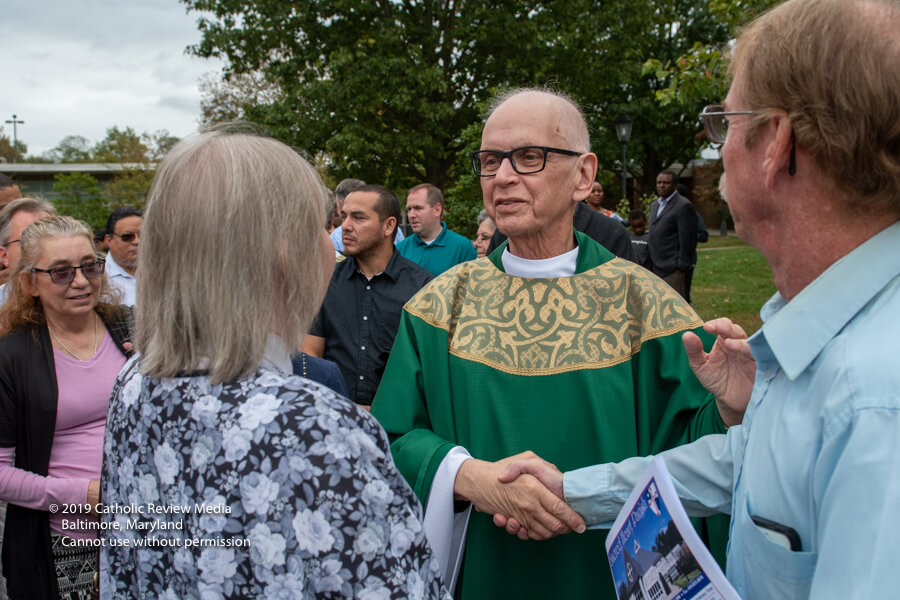 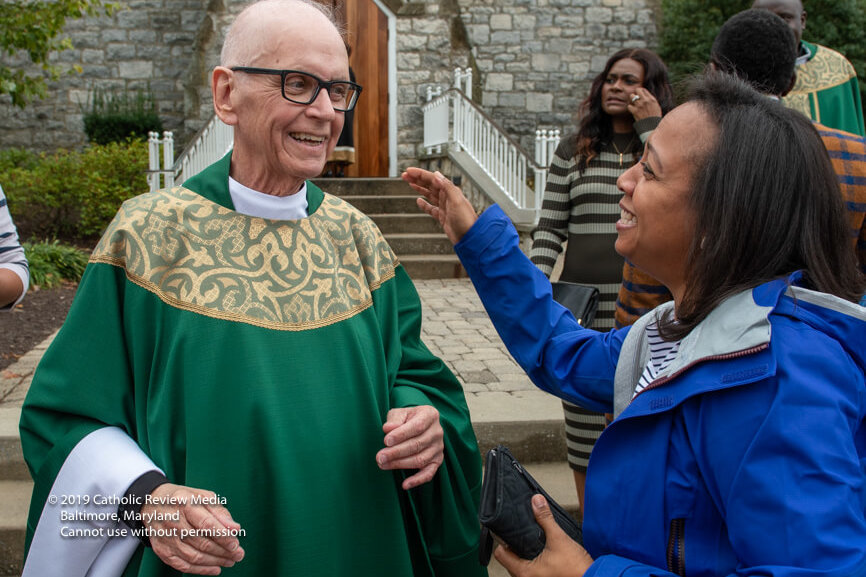 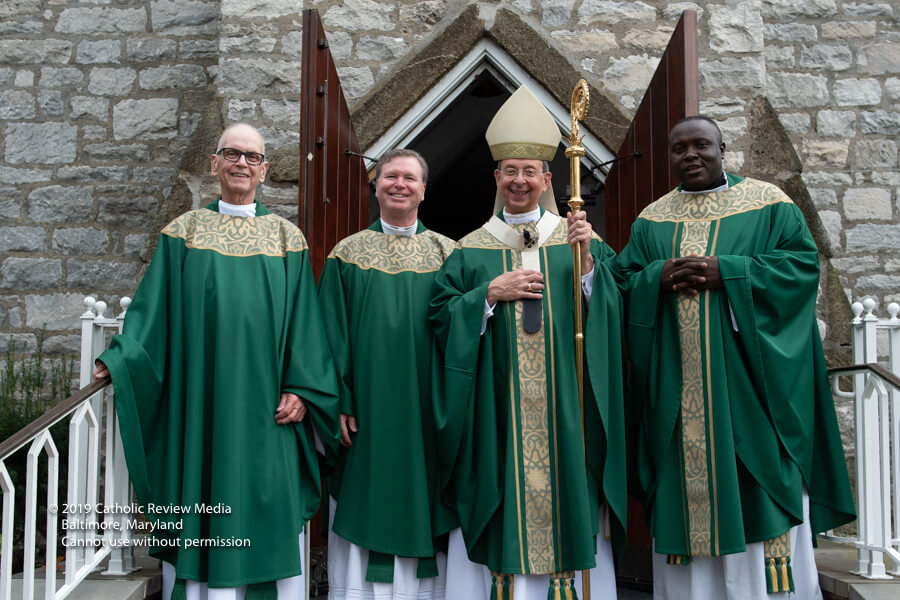 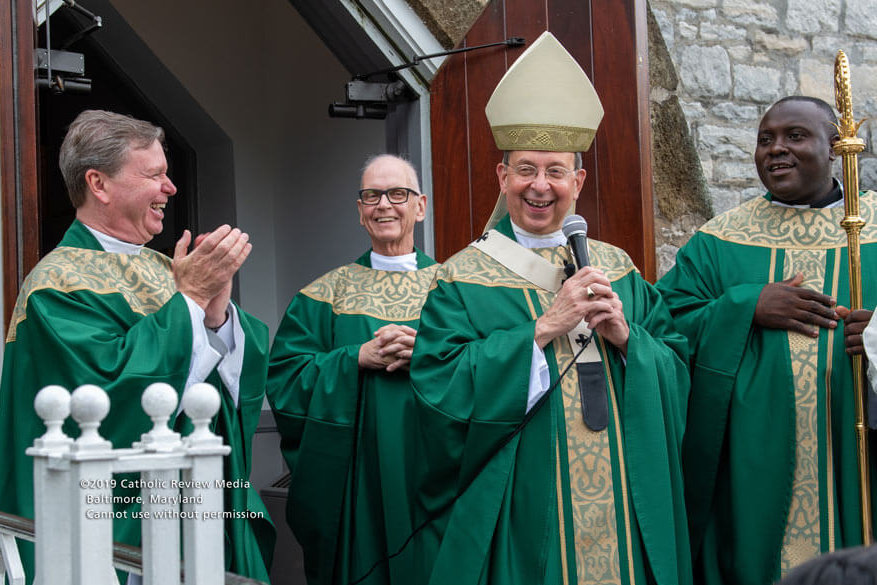 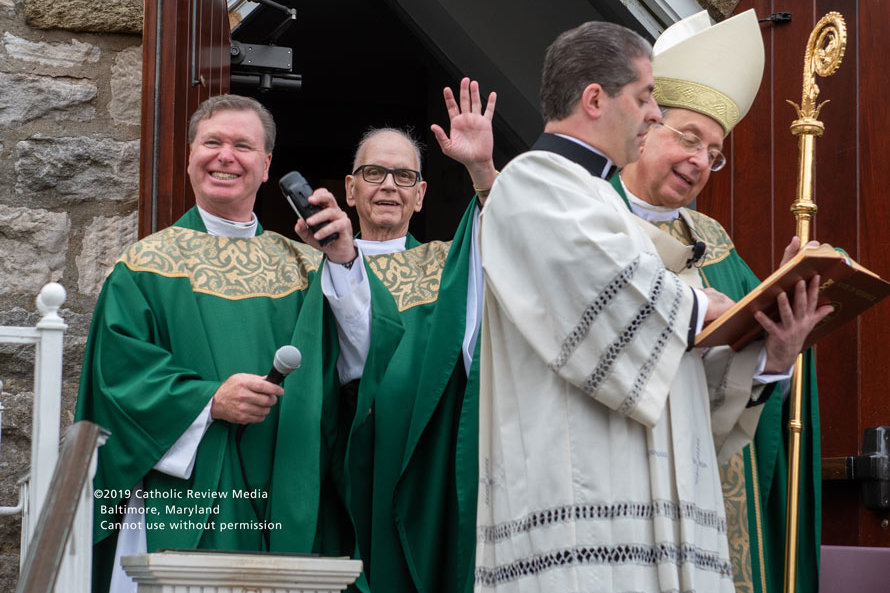 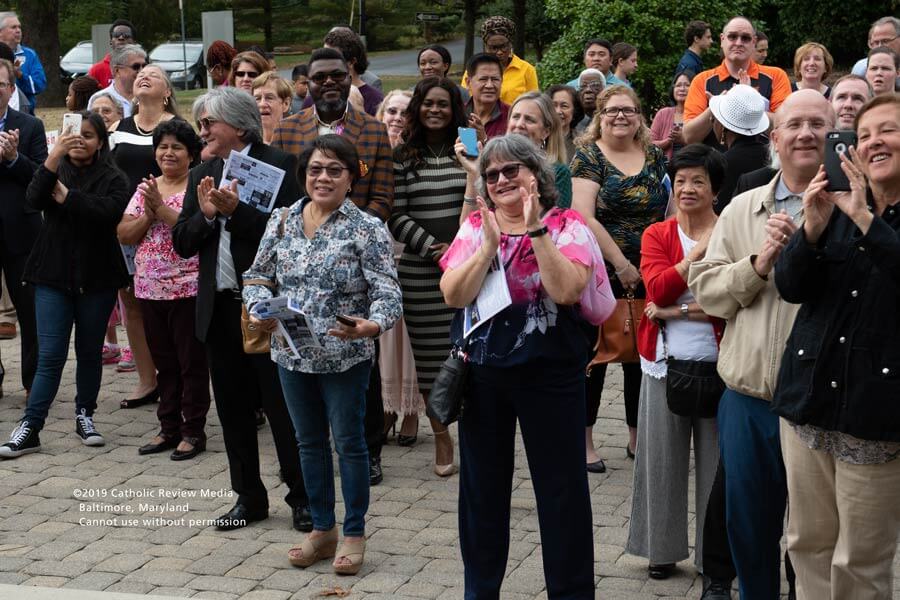 Sacred Heart School, which was dedicated in 1956 and kept adding grades, was always a year or two behind Monsignor Aiken. He attended Franklin Elementary and Middle Schools, and after a year at what was then Loyola High School, entered minor seminary at St. Charles, and then St. Mary’s Seminary and University.

Ordained in 1970, he served parishes in Timonium, Glen Burnie and Bel Air – where his parents had earlier relocated – before becoming pastor of Church of the Annunciation in 1983.

He returned to Sacred Heart as pastor in 1987, after the parish had long outgrown the Little Church’s seating capacity of 125. (“As a child, it seemed like such a large building,” Monsignor Aiken said.) Masses were held in the school’s multi-purpose room, until the campus underwent a building boom in the 1990s.

The Little Church was renovated, the school building space expanded, and blueprints for a new church were shelved for something larger and more open.

Rick Hunt, a parishioner of more than four decades, said of the redesign that was dedicated in 1993, “Monsignor Aiken has impeccable taste, and was meticulous with the details. … He totally rebuilt the campus. He allowed us to do things we never would have thought of doing.

“He grew up here, and had a love affair with the parish.”

Archbishop William E. Lori celebrated the installation Mass for Father Francik. His homily included a nod to Glyndon’s pastor emeritus: “You are accompanied by our prayers and affection, always.”

Monsignor Aiken credits, among others, Father Canisius Tah, associate pastor in both Glyndon and Pikesville, and Father Hilario Avendaño, associate pastor for Hispanic Ministry at Sacred Heart. In addition to offering two weekend Masses in Spanish, it has substantial numbers from Cameroon, Nigeria and the Philippines.

“You have to give people the opportunity to use their talent and gifts,” Monsignor Aiken said. “To see the parish grow, and become what it has today … It doesn’t seem as though it were 32 years (as pastor). They flew by.”

According to Deacon Vito Piazza, the monsignor’s own gifts include humility. When Monsignor Aiken became pastor of St. Charles Borromeo in 2010, he told the deacon, “Call me Lloyd.”

Monsignor Aiken talked to the Review Oct. 7, at the start of a week in which he was undergoing multiple therapies at the Lutherville location of Mercy Medical. He resides on the Eastern Shore, but was spending the week in a familiar space. As Monsignor Aiken put it, Father Francik said he has “the use of one of the guest rooms at the (Glyndon) rectory as long as I need it.”