Augie Miceli’s retirement was all too brief.

Then again, as the remarkable teacher, coach and family man frequently shared, he felt as if he had never worked a day in his life.

Augustine F. Miceli Sr. died at age 86 June 29, less than a month after he completed 60 years of service to Calvert Hall College High School in Towson. A funeral Mass was offered July 3 at the Cathedral of Mary Our Queen in Homeland, in a liturgy infused with the spirit of the Christian Brothers school.

Has any layperson ever given more to a Catholic institution in the Archdiocese of Baltimore than the six decades Miceli gave to Calvert Hall?

That dedication was among the reasons the funeral program listed “AFSC” after Miceli’s name, signifying him as an affiliated member of the Christian Brothers, the highest honor they bestow on a lay colleague. Miceli received the honor in 2015, alongside John Thaler, a fellow math teacher at Calvert Hall for 46 years.

Thaler gave the second reading. The first, Sirach 6:5-6, 14-17, which begins “A kind mouth multiplies friends, and gracious lips prompt friendly greetings.” was given by Frank Bramble, class of 1966, who played basketball for the Cardinals and Miceli.

Words of remembrance were offered by Augie Miceli Jr., Calvert Hall ’82; his son, Augie J. Miceli, ’20; and another of Miceli’s five grandchildren, Caroline Waple. She referenced the suddenness of her grandfather’s demise, as Miceli was diagnosed with acute myeloid leukemia in May.

“While my mom always said my grandfather was invincible, cancer was this superhero’s kryptonite. … The last month and a half, 49 days of fighting cancer, makes up less than (one-tenth of a) percent of his life in which he impacted all of us.

They were assisted by transitional Deacon Justin Gough, Calvert Hall ’11.

Miceli grew up in the former St. Bernard Parish, attended The Citadel, spent two years in the U.S. Army and began teaching math at Calvert Hall in 1960. He counted seven Turkey Bowl victories among his 104 wins as the Calvert Hall football coach.

He was a taskmaster, albeit one whose door was open to students needing help both before and after school, and one whose legacy includes an endowed faculty chair, courtesy of John Noppinger, ’64.

“With all of his other titles and credentials and honors, which could keep us here for days,” Father Francik said in his homily, “he (Miceli) would proudly say that being a Catholic, a believer in Jesus Christ, was his foundation. He demonstrated this piety and devotion in a strong and subtle way not only in the classroom, but in everything he did.

“You knew where Augie stood in his faith and what he expected of you.”

Father Francik described taking holy Communion to Miceli in a hospice bed the day he died.

“Even in his weakened state he made the sign of the cross, prayed all the prayers with us, and received the Eucharist with his wife, Angela,” Father Francik said. “They were united in Jesus, as they were united in Christ 59 years earlier in marriage.”

Father Francik noted the symmetry of Miceli’s passing on the 300th anniversary of the death of St. John the Baptist de La Salle, who founded the Christian Brothers.

The pews flanking the sanctuary were lined with Calvert Hall faculty, who were directed by Christian Brother John Kane, president of the school, to form an honor guard and flank the casket as it made its way back to a hearse.

Before it departed, the Christian Brothers in residence at Calvert Hall sang “Honneur a Toi,” a song in honor of their founder. 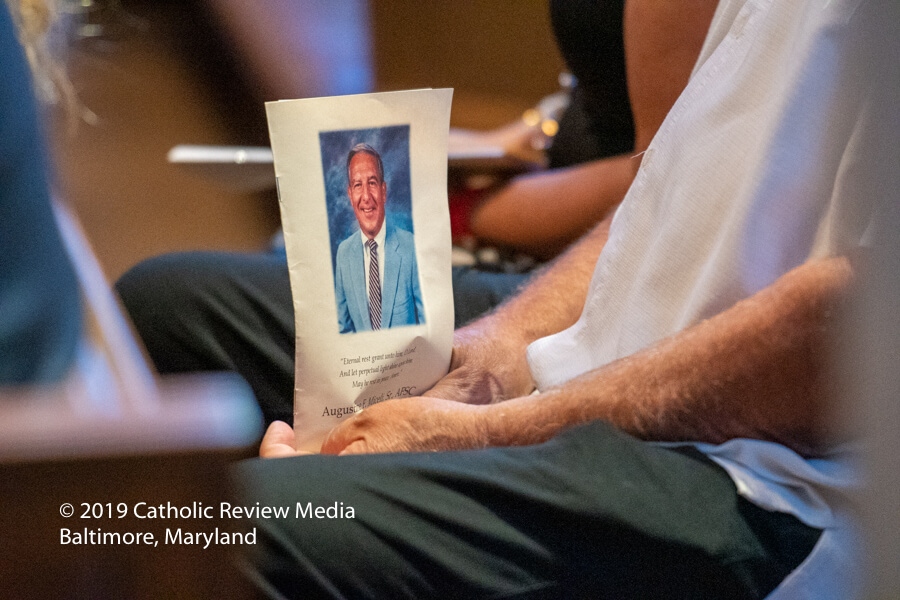 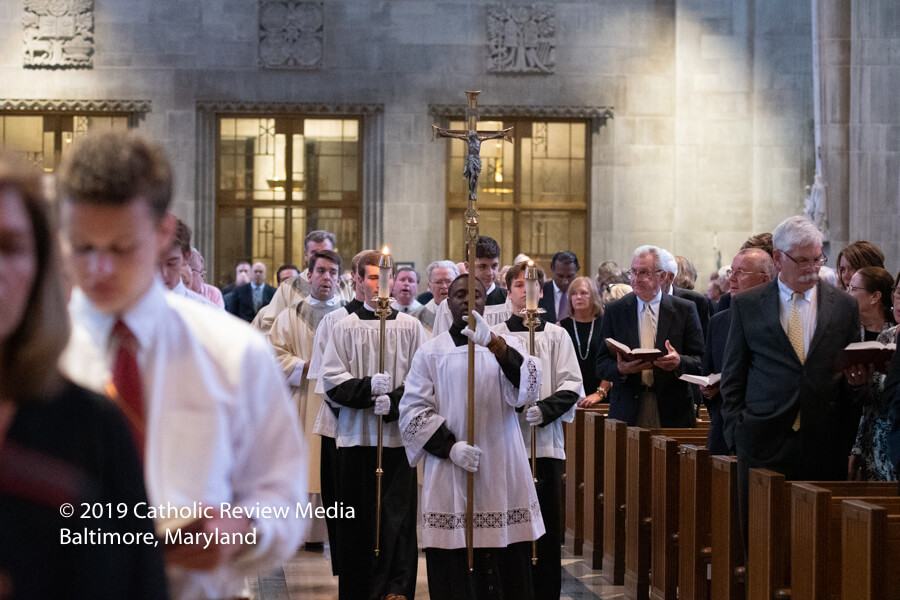 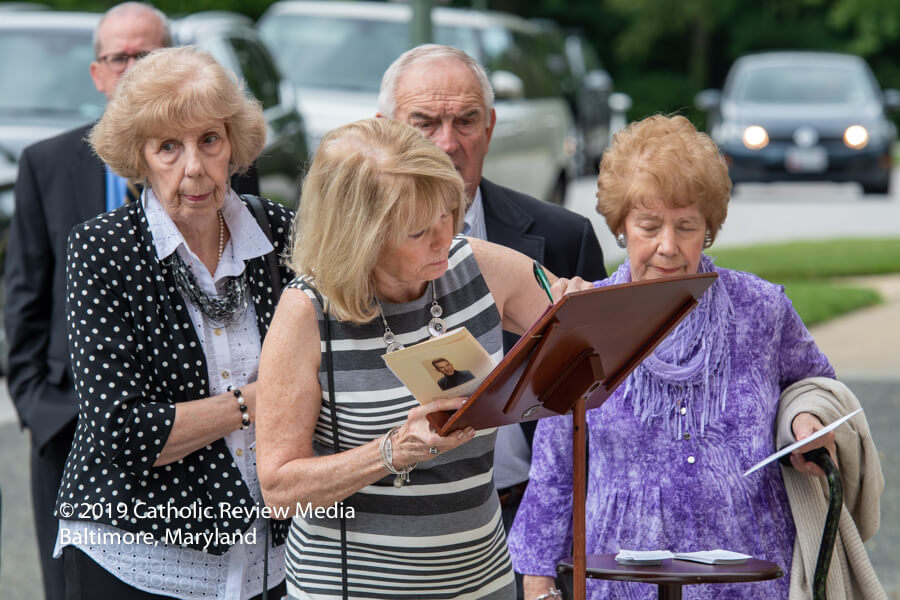 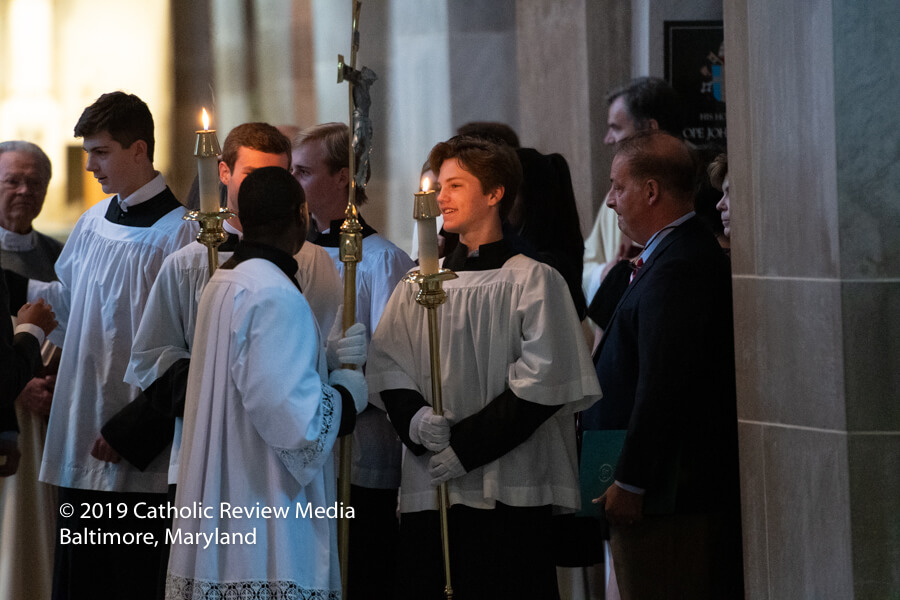 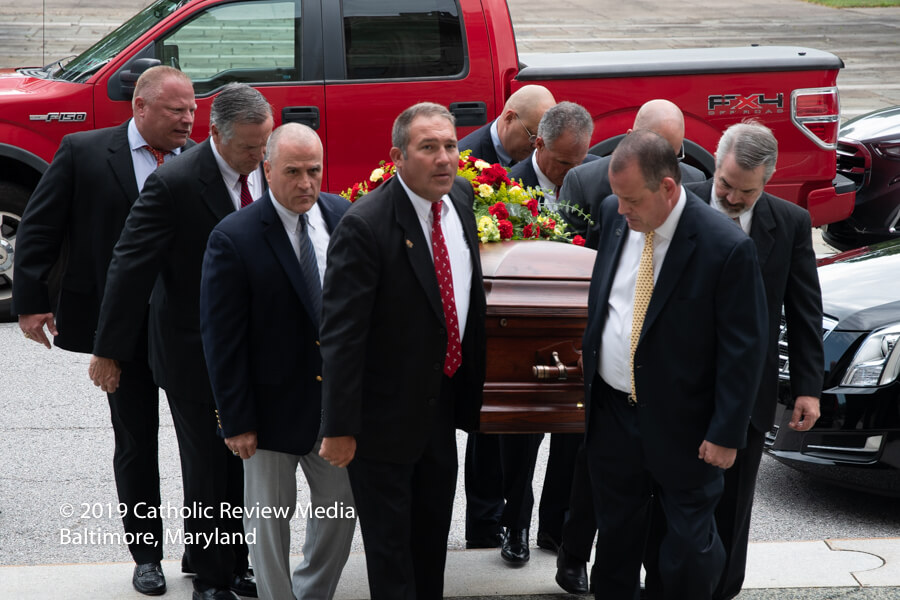 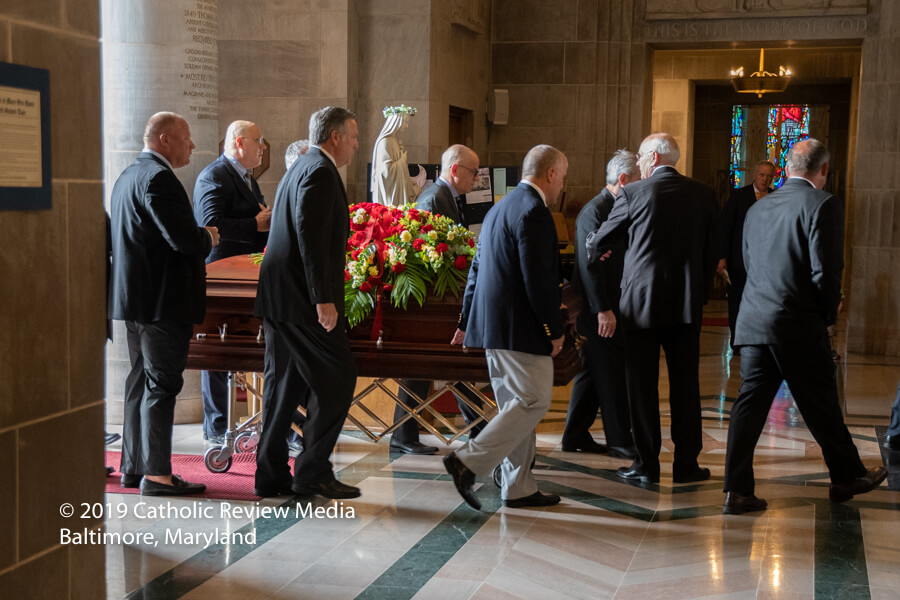 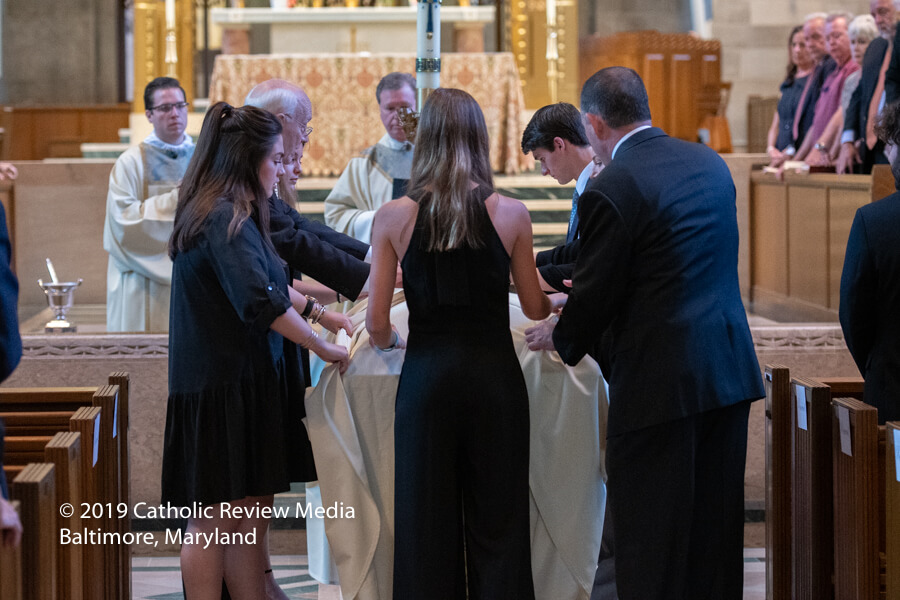 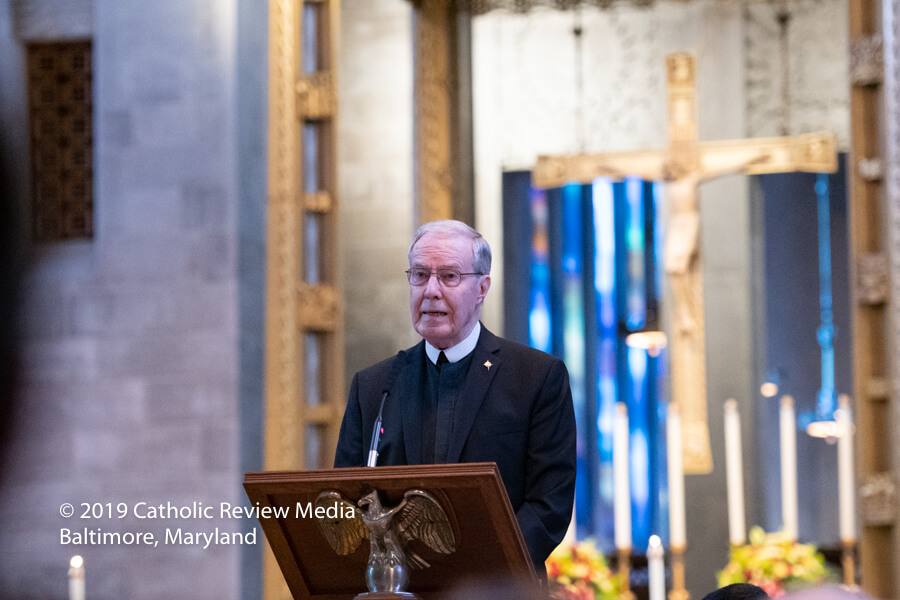 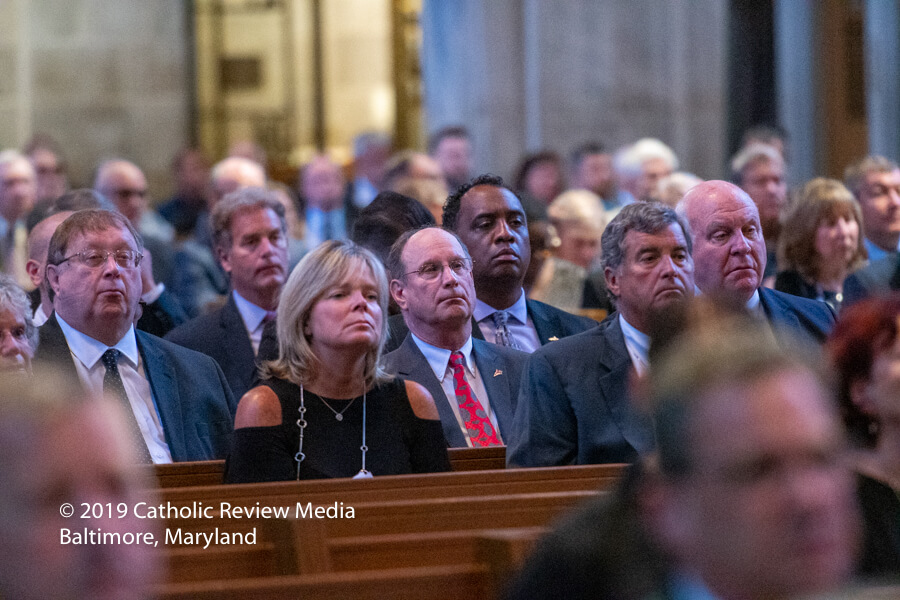 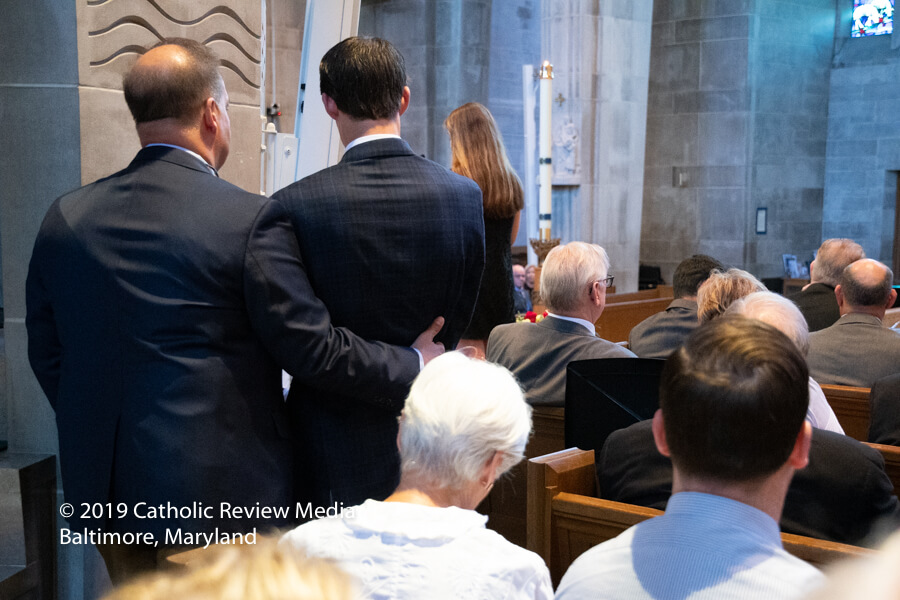 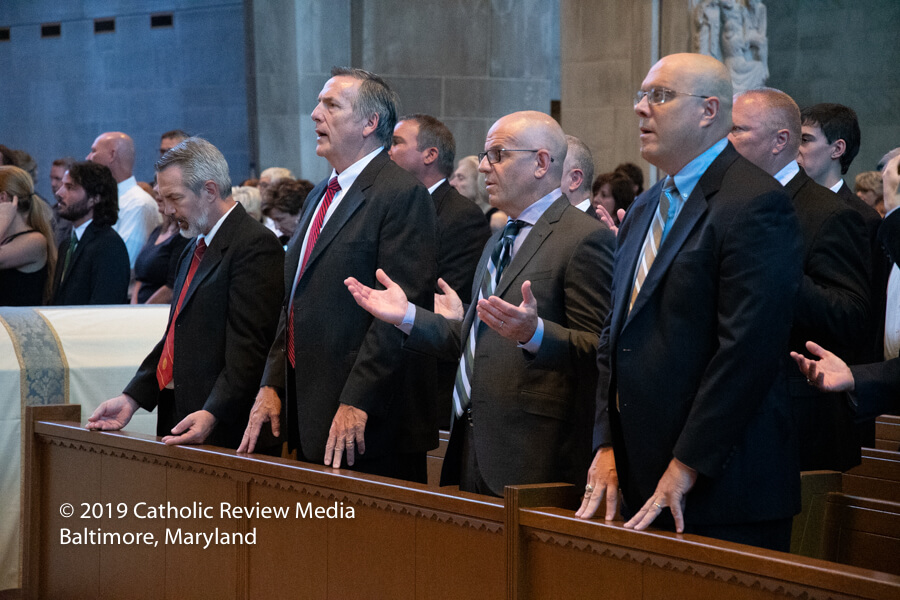 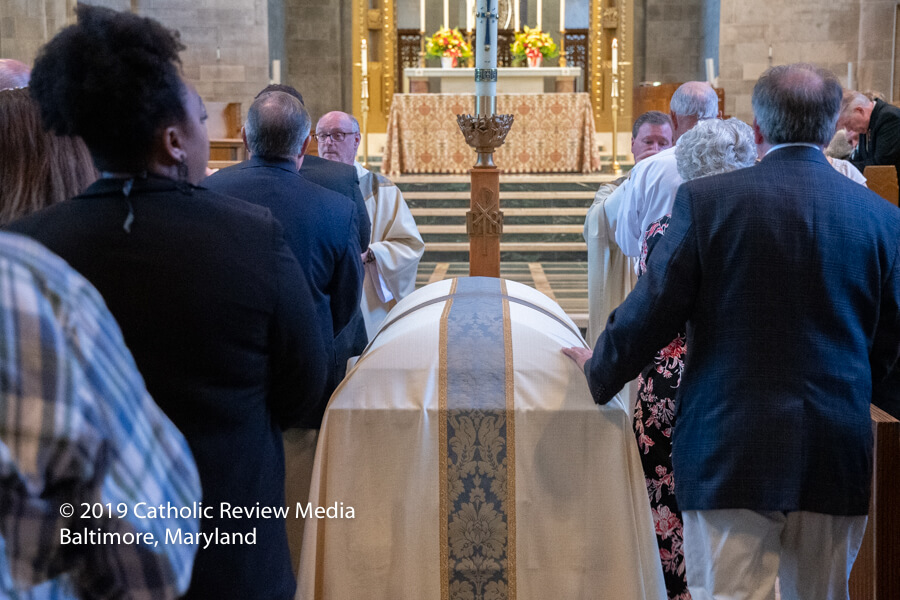 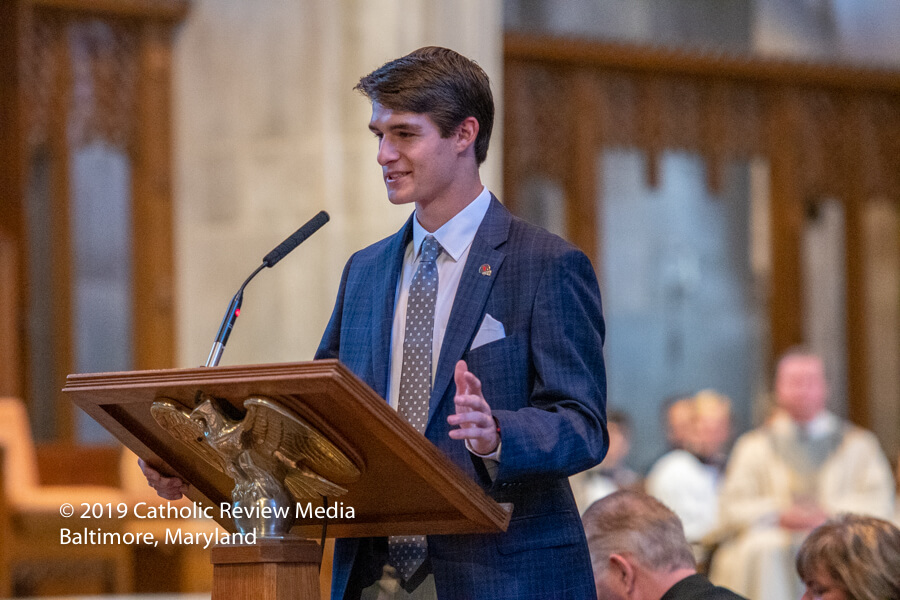 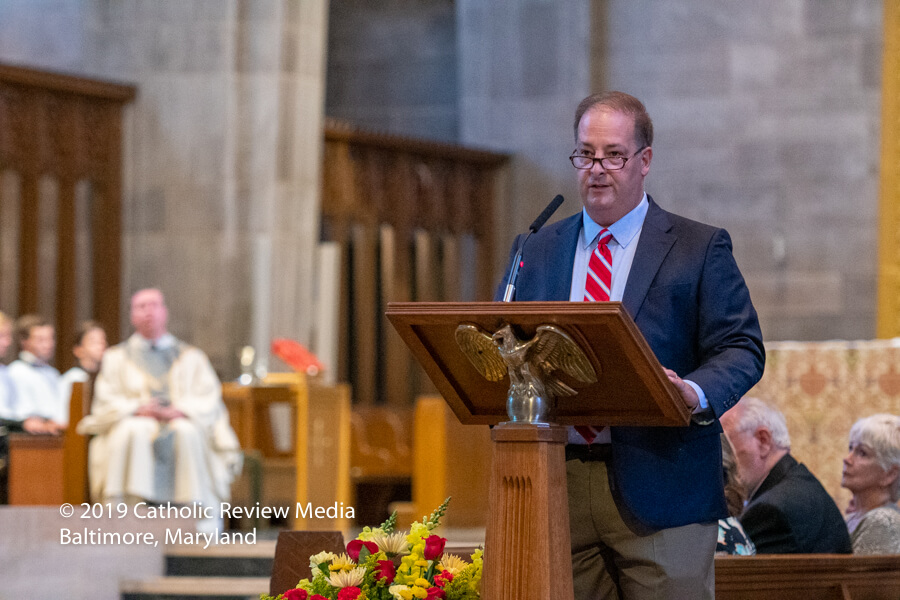 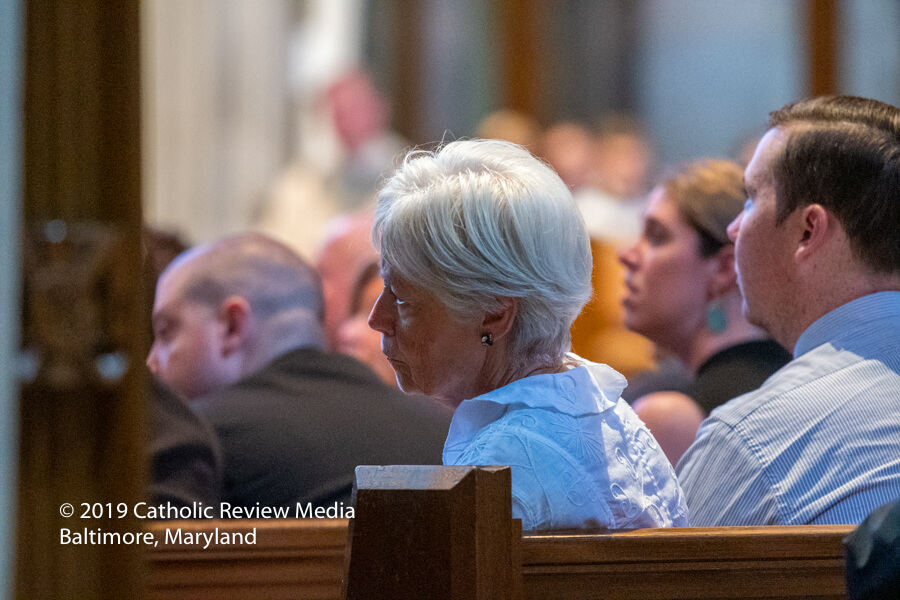 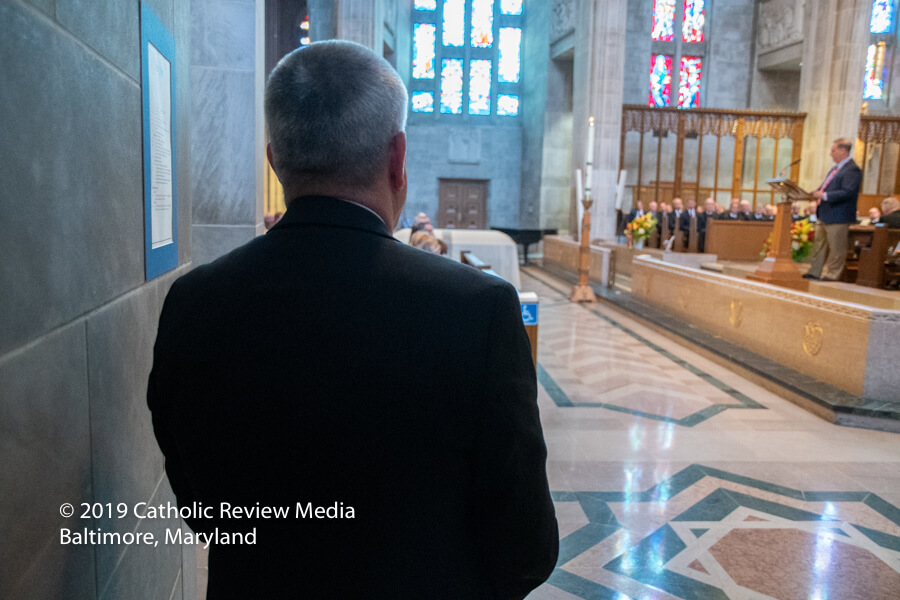 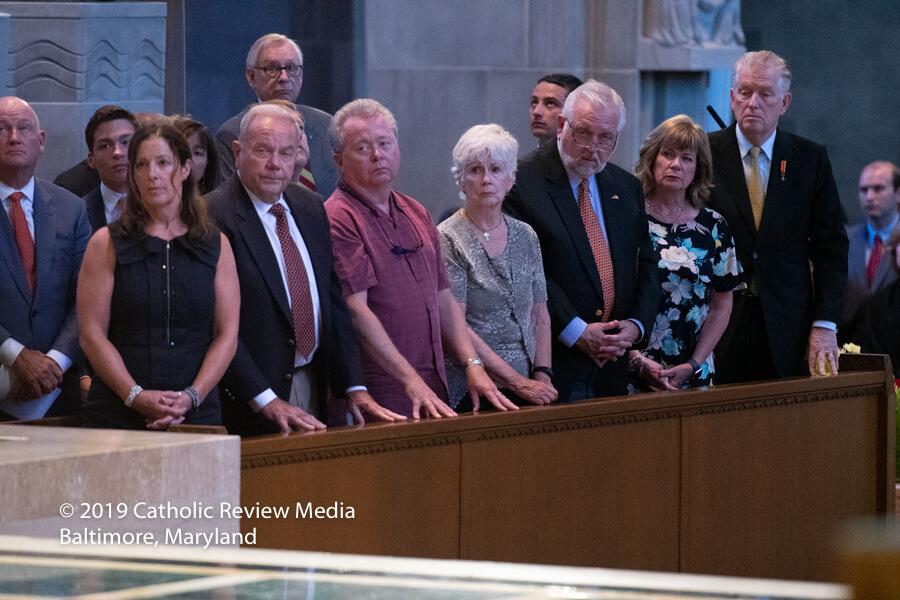 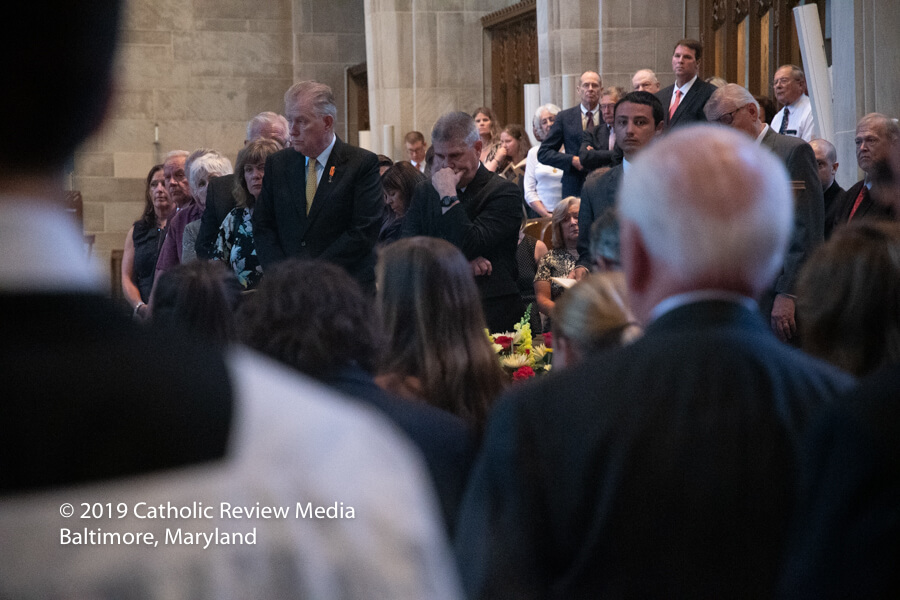 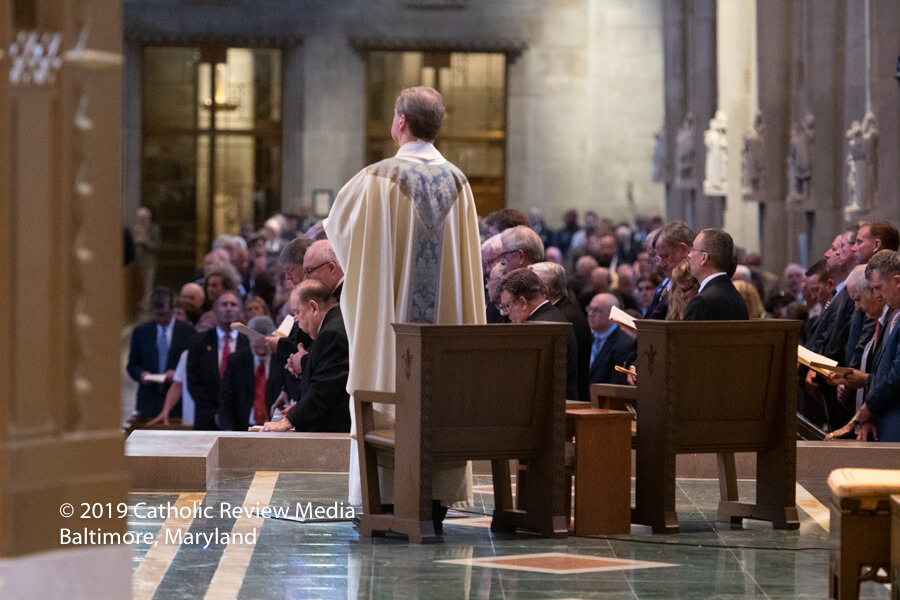 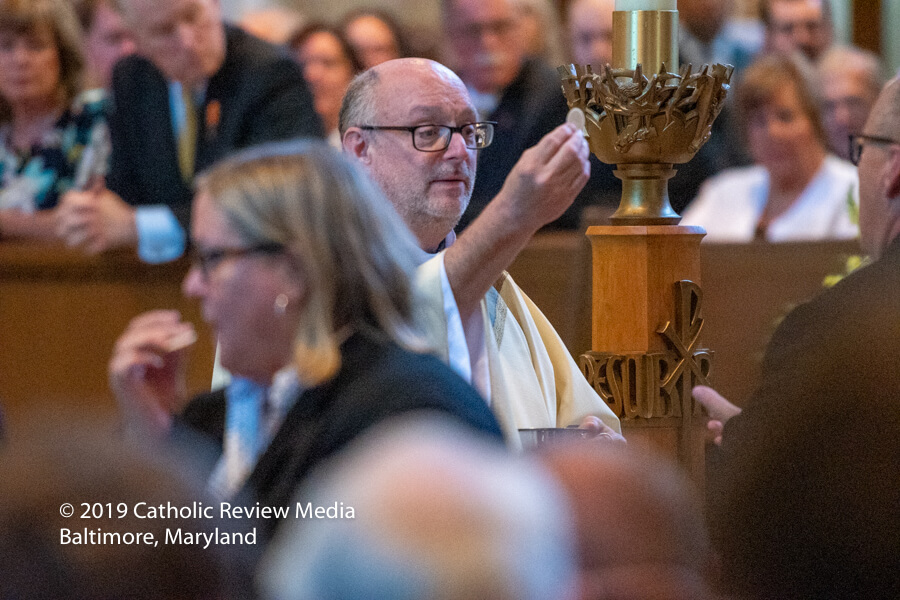 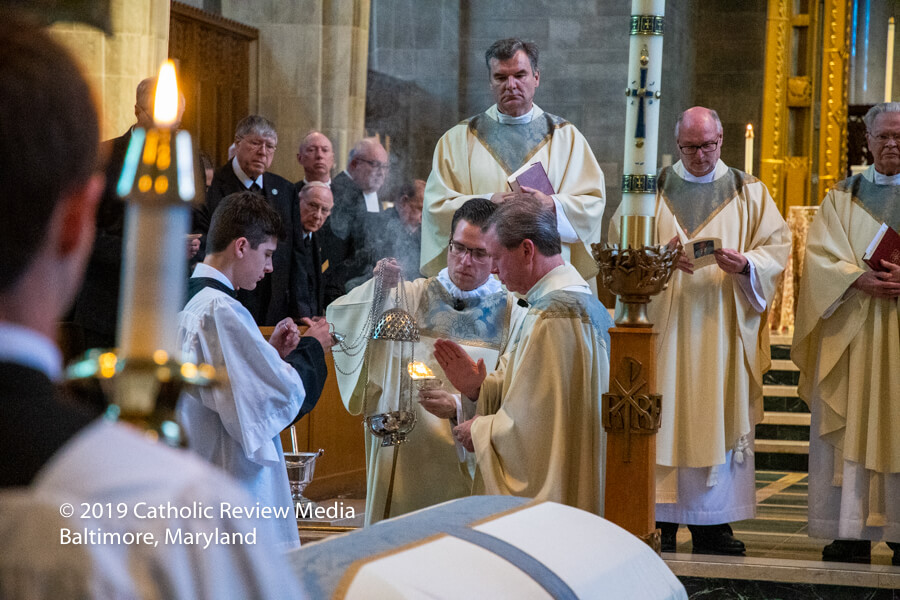 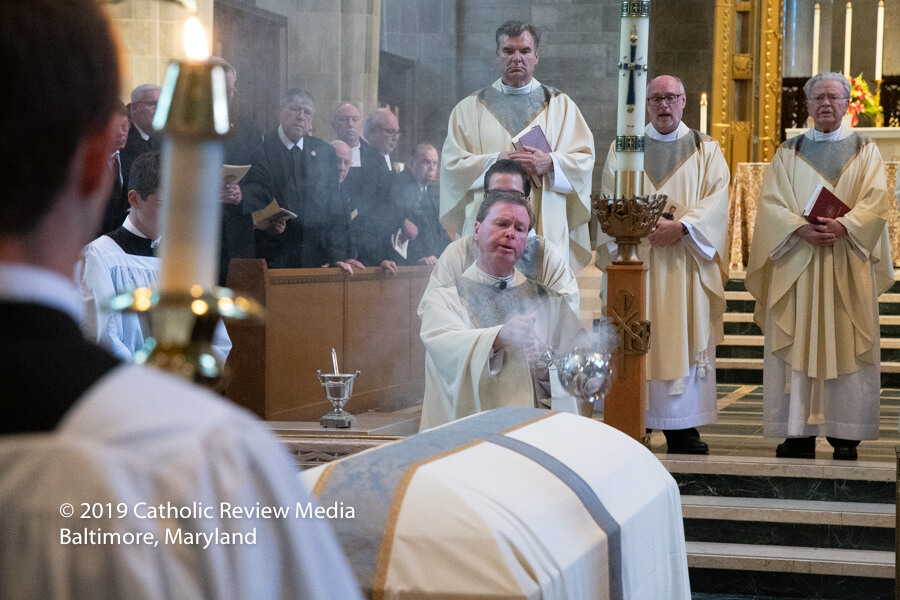 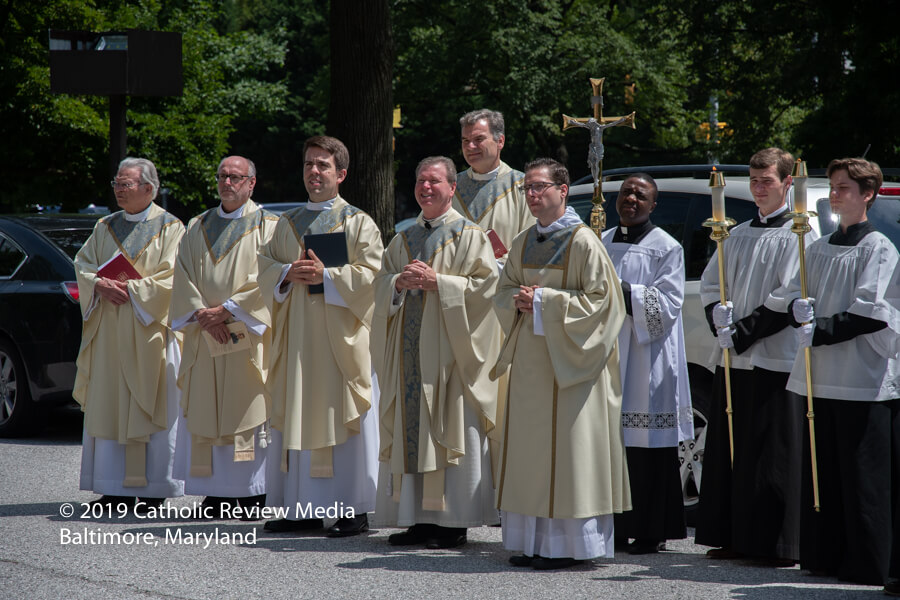 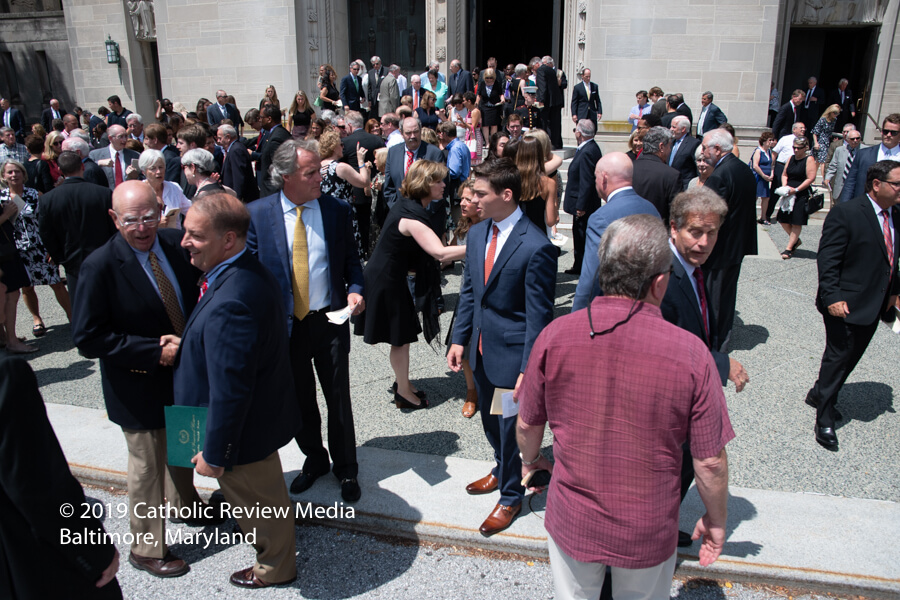 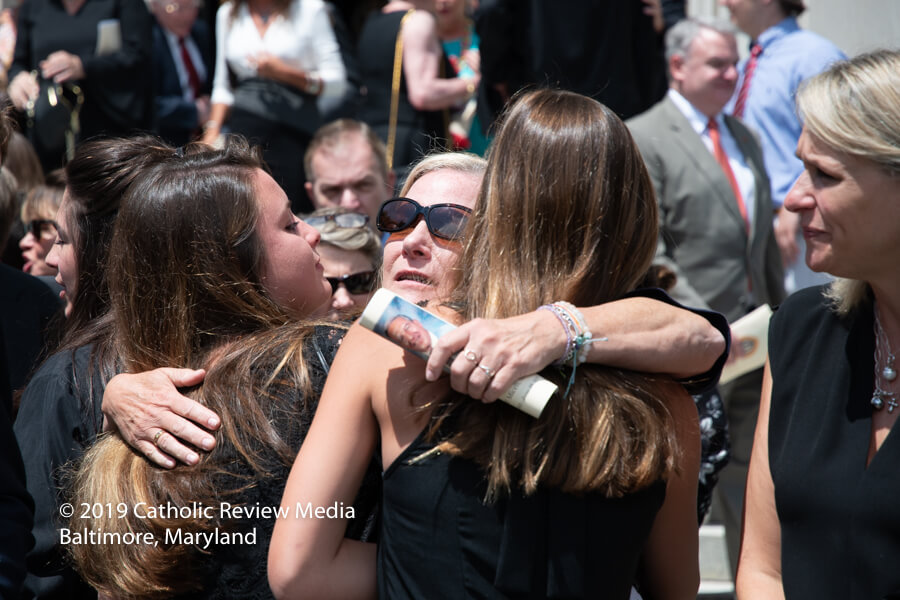 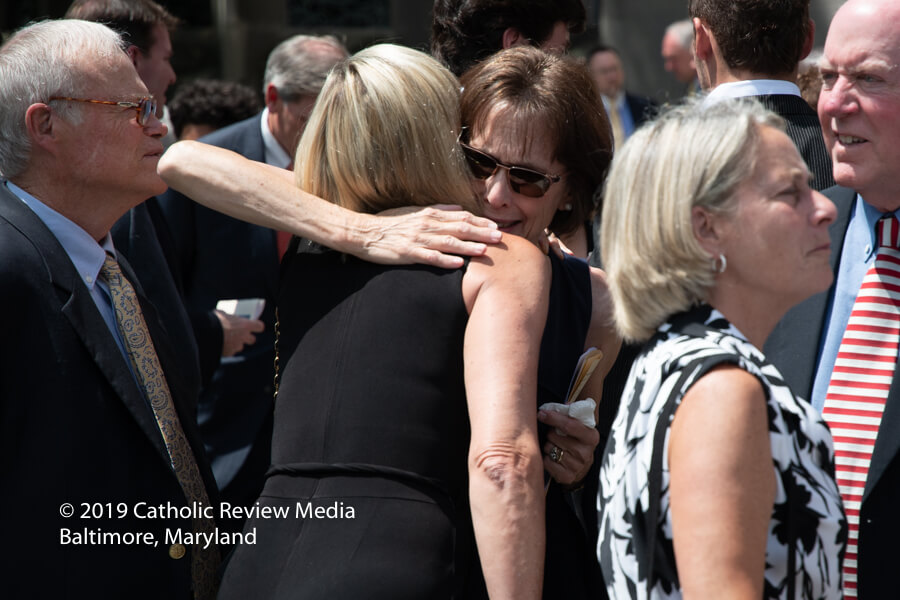 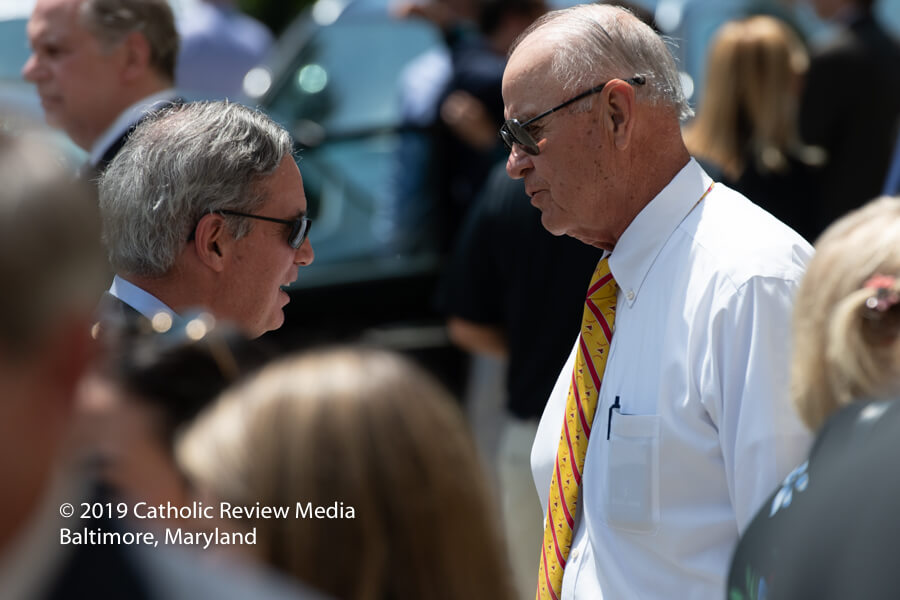 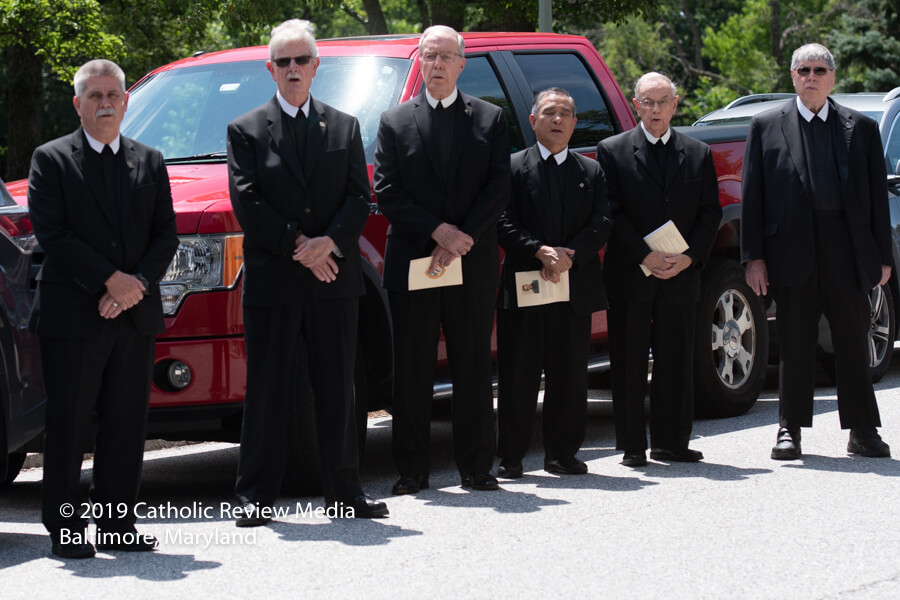 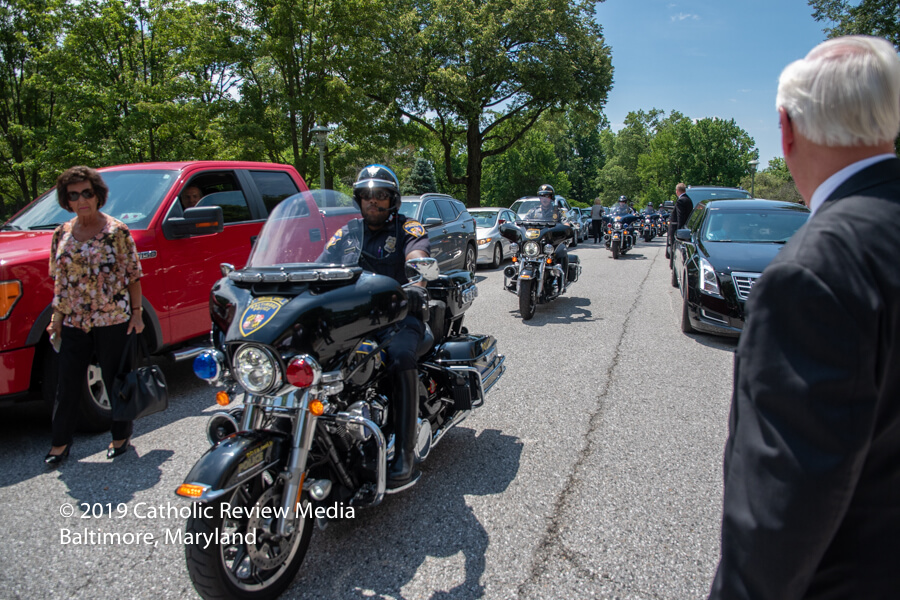 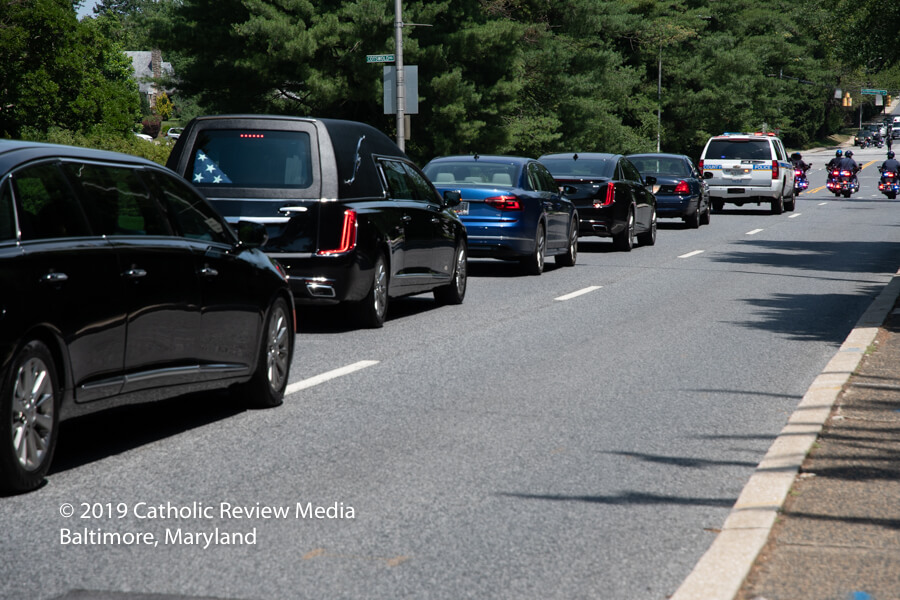