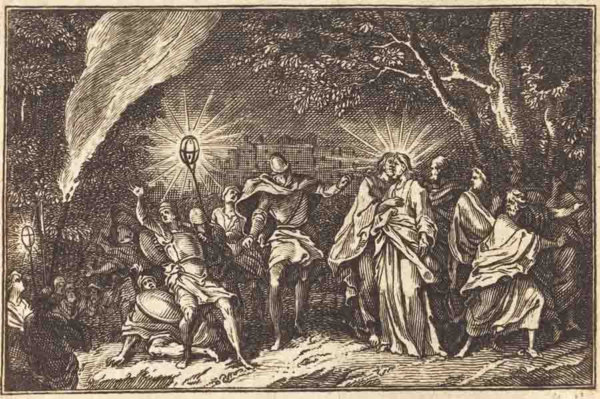 Q. There’s a question that has occurred to me from time to time, and I would appreciate your answer. I was always led to believe that suicide is a mortal sin, so someone who takes his own life cannot go to heaven.

It makes me wonder what fate awaited Judas when he hanged himself after turning Jesus in. Is he condemned to hell, or would he be forgiven for the role that he played, since Jesus had to be betrayed to save mankind? (Indianapolis)

A. Objectively, of course, suicide is a mortal sin. The Catechism of the Catholic Church is quite clear: “Suicide contradicts the natural inclination of the human being to preserve and perpetuate his life. It is gravely contrary to the just love of self” (No. 2281). But among the requisites for mortal sin is also sufficient deliberation that would allow for full consent of the will. And on that, the catechism goes on to say: “Grave psychological disturbances … can diminish the responsibility of the one committing suicide” (No. 2282).

Interestingly, the church’s former Code of Canon Law (published in 1917) included — in the list of those who should not be given Christian burial — persons who deliberately kill themselves. But that category is no longer included in the current code (published in 1983). The church now regularly celebrates funeral Masses for suicide victims, because the church gives the deceased the benefit of the doubt as to whether psychological factors may have impeded a full and deliberative act of the will.

As for Judas, the church has never definitively said that Judas — or any individual, for that matter — is surely in hell. It’s conceivable, I suppose, that at the last moment Judas, filled with remorse, could have repented and sought the Lord’s forgiveness. But Jesus did say: “Woe to that man by whom the Son of Man is betrayed. It would be better for that man if he had never been born” (Mt 26:24). So as to the ultimate fate of Judas, I don’t really like his chances.

Q. I am a divorcee of five years and I am 66 years old. I have met a widower of 77 who was married for 59 years. Two of his daughters have told him that he cannot be with me at all because I am “spiritually” married in the eyes of the church. They say that we cannot even hold hands.

We are not interested in marriage — we just want to be friends and companions. What does the church think about this? (I know that it cannot be a sexual relationship, as that would truly be a mortal sin.) Please answer quickly. This is dividing his family — since four of his children don’t see a problem, but two of them do. (City of origin withheld)

A. Actually, I can see both sides of the argument. It’s fine for you to maintain a friendship with this man, and I’m sure that his companionship is comforting to you. But friendship can quickly blossom into romance, and that seems to be the concern of the “two daughters.”

Why not speak with a priest and look into the possibility of an annulment for your first marriage? (Sometimes even long-standing marriages can be annulled when there were danger signs from the start.) With an annulment, you’d be free — with the church’s blessing — for wherever life might take you.