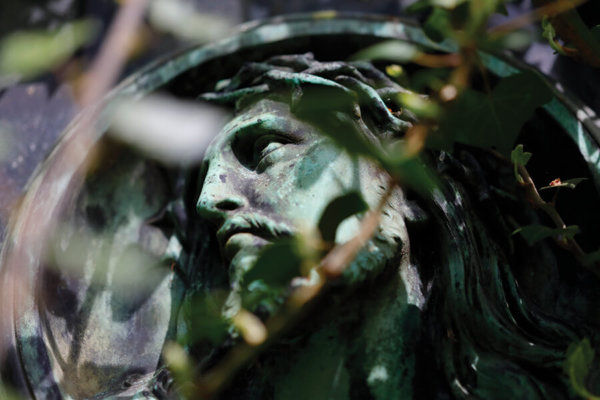 Many years ago, I read an essay that pointed out that the church – whose head is Christ – must have a dual nature: like Jesus, both divine and human. If the church were not human, it would not be riddled with sinners and all that sin brings into our lives; but if the church were not divine, it could not have lasted two millennia, the argument went.

It’s not hard to see the sin in the church after the kind of news we endured over the course of several weeks – including revelations of accusations against Archbishop Theodore McCarrick, the former archbishop of Washington who resigned from the College of Cardinals, and the release of a Pennsylvania grand jury report that details allegations that over the course of 70 years, at least 300 priests in the state sexually abused children and youths, with the number of victims surpassing 1,000.

Yes, after a month like we have just been through, it is much harder to see the divine in the church, which is the body of Christ. It is hard to look at so much sinful, harmful behavior that shredded so many lives because of despicable deeds perpetrated by men who should have known better and should have been better.

As Pope Francis said Aug. 20, quoting St. Paul, “If one member suffers, all suffer together with it” (1 Cor 12:26). Many are suffering and have been suffering for years.

I have seen the face of the suffering Christ in victims of abuse at the hands of clergy whom I have interviewed, and in the parishioners who were betrayed by these men.

I have seen the face of Christ who fed the multitudes in parish food drives.

At times such as these, it can be hard to be Catholic and to stay Catholic. But I remember that Christ is the church, and we are his body. We are nourished by the Eucharist, the true Body and Blood of the Lord. If we will not be Christ to the world, who will? We must be the ones to bring Jesus to our family, friends and neighbors. We must be the ones who bring hope and healing to our own church and to the world.

We must be the face of Christ.