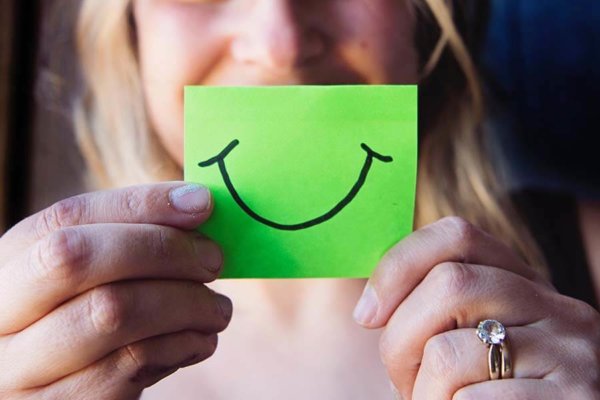 Overjoyed at the arrival (finally) of springtime? Still gladdened by this year’s celebration of Easter? Touched at the kind or encouraging word from someone close?

The simple smile is one of God’s greatest gifts, but it is also a complex nonverbal way of communicating what is going on inside of us and how we relate to others. A smile might signal a positive emotional reaction to something we experience, see or even eat. It can convey how we approach and relate to someone else, or it can be an expression of dominance or power.

No throwaway expression, the smile, but rather a powerful tool in our daily interactions with life and others. And whether we are smiling or seeing someone smile, the exchange is very connected with our culture.

Kuba Krys, researcher at the Institute of Psychology, Polish Academy of Sciences, noted that people in Poland seemed to smile less frequently than elsewhere in Western Europe. So, he moved his personal observation into a professional context.

“I wanted to check one explanation to this cultural difference,” said Krys. “That is, the cultural perception of smiling individuals.”

Krys worked with an international team of colleagues — psychologists and others — to develop and organize a multicontinent survey of students’ perceptions of the intelligence and honesty of individuals depicted in photographs. The subjects in the photographs, called “targets,” (representing men and women and a variety of races and nationalities) were each depicted smiling and in neutral expressions, and the same photographs were shown to all study participants, called “assessors.”

The results, published in the 2016 Journal of Nonverbal Behavior (“Be Careful Where You Smile: Culture Shapes Judgments of Intelligence and Honesty of Smiling Individuals”), revealed that the same photograph of someone reflecting a smile of enjoyment elicited different perceptions depending on the assessor’s cultural context.

For example, assessors in societies where corruption is high, were less likely to feel trust toward someone smiling. Also, the study said, “a smiling individual may be judged as less intelligent than the same non-smiling individual” if the assessor comes from a culture where there is a low “uncertainty avoidance dimension,” or, where the social groups or the government are less prone to “alleviate the unpredictability of future events.”

The act of smiling has been the subject of extensive research in the past, but many of the studies focused on subjects from what researchers call “WEIRD societies” — western, educated, industrialized, rich and democratic. The scope of Krys’ and his team’s study ranged much farther than Europe, surveying students in, among other places, Indonesia, Argentina, Pakistan, Philippines, Nigeria and Mexico.

The data collected from this geographic distribution enabled researchers to see that the variability in perceptions was not in geography — for example, neighboring countries like China and Japan or German and France are on different ends of the distributions of degrees of trust and perception of intelligence — but rather is highly influenced by culture.

“The data illustrate,” the study said, “that the perception of smiling individuals is culturally diversified and that, in some cultures, this generally positive nonverbal signal may have negative associations.”

In the very culturally diverse United States, we can’t assess the background of each person we meet before smiling at them!

But an awareness that not all people “read” a smile in the same way can encourage us to put action behind our expressions of joy, welcome and other positive emotions. That way, even if someone might not trust a smile, he or she can be persuaded by faith-in-action!