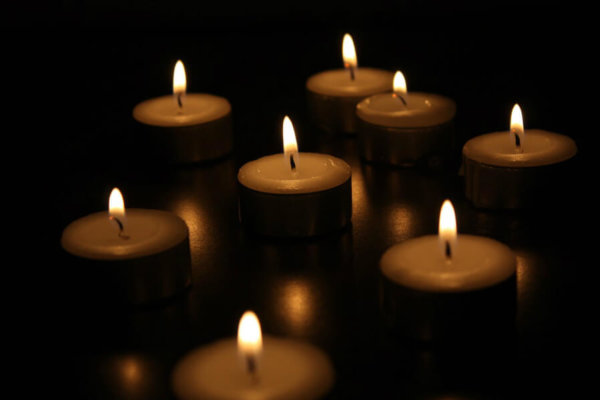 The following remarks were delivered by Bishop Denis J. Madden at the Ecumenical Service of Healing for Baltimore City, held Jan. 7 at Coppin State University in Baltimore.

God tells us something very important in the First Book of the Old Testament, that we are made in the image and likeness of God.

In this Christmas season we are reminded that God came among us and shares in our humanity and at the same time we have a share in his divinity, which means we can do “Godly” things – things that are beyond our human inclinations.

In 2015 Pope Francis visited “Ground Zero” in New York where the two towers fell, taking over 2,000 innocent lives.  At that site, the pope reflected on the horror of the violence committed on 9/11 – the pain and fear that spread throughout the land.  But at the same time he reflected on the goodness and virtue that rose from the ashes of those towers.  While hundreds were trying desperately to flee those burning buildings and save their lives, others were fighting their way up the stairs to try and see if they might save lives – the lives of strangers.

Stories also abound of how some who could have saved their own lives stayed behind to comfort and give strength to coworkers and friends trapped in the buildings.

Goodness and virtue would not give way to violence and fear.

Just weeks ago here in Baltimore, a young man was killed in a robbery.  The morning of his funeral the parents of this victim of violence sent word to me that they wanted prayers offered at the funeral Mass for those who had taken the life of this, their only child.

Goodness and virtue would not give way to violence in Baltimore that day.

How can we – not by our words alone but by our actions – let the world know that virtue and goodness are on the rise in Baltimore?

If parents of a murdered son can show such goodness, can we not in our own humble way strive to make Baltimore a light to the nations?

Every loving act, every act of kindness and forgiveness will help demolish those walls of violence.  I may not be able to control others but I do have a say over my own thoughts, words, and actions.

We must and we can do this – for my dear dear friends we are made in the image and likeness of God.

Bishop Denis J. Madden is an auxiliary bishop emeritus for the Archdiocese of Baltimore who currently serves as urban vicar.

Born in Pennsylvania in 1940, Bishop Madden earned his undergraduate degree from St. Benedict’s College in Atchison, Kansas, before his ordination as a Benedictine priest April 1, 1967. He received a master’s degree in psychology from Columbia University in New York and a Ph.D. in clinical psychology from the University of Notre Dame. He is a licensed clinical psychologist in Maryland and the District of Columbia.

In 1973, Bishop Madden moved to Baltimore and took a position in the psychology program at the University of Maryland, while also working part-time as a marriage and family counselor for Associated Catholic Charities. Father Madden frequently made time to celebrate Mass at St. Martin’s in West Baltimore and to provide long- and short-term counseling to many of the priests and religious sisters in the archdiocese. He left the Benedictines and was incardinated into the Archdiocese of Baltimore.

From 1996-2005, the future bishop served as Associate Secretary General of the Catholic Near East Welfare Association. From 1994-1996 Bishop Madden served as the Director of the Pontifical Mission for Palestine office in Jerusalem.

Bishop Madden is the former acting rector of the Basilica of the National Shrine of the Assumption of the Blessed Virgin Mary in Baltimore.