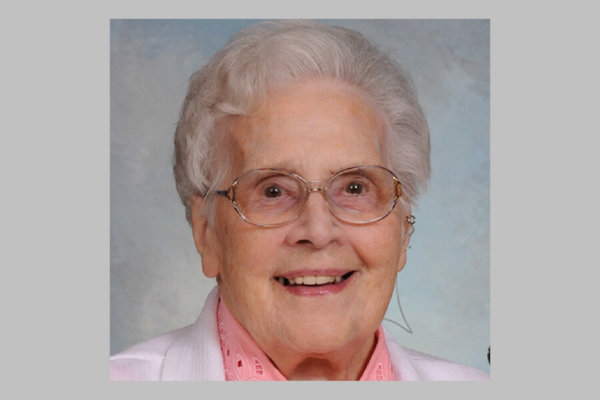 A native of Mahanoy City, Pa., she earned a bachelor’s degree in music from what is now Marywood University in Scranton, Pa., and a master’s degree from The Catholic University of America in Washington, D.C. She ministered primarily in elementary education, including 26 years in the Archdiocese of Philadelphia and 28 years in the Diocese of Trenton, and, from 1956 to 1965, at Immaculate Conception School in Towson.

In 2012 she became a resident of Assisi House, the congregation’s retirement residence, where she served in prayer ministry and, for several years, continued her volunteer work in the finance office.

A funeral Mass for Sister Catherine Georgine was offered at Assisi House Oct. 13.