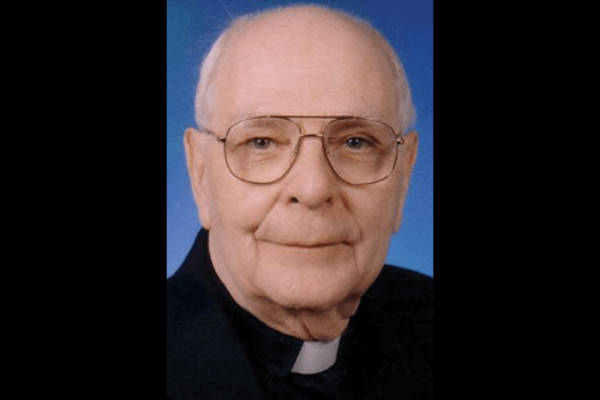 Jesuit Father Francis Schemel, who taught at Loyola Blakefield in Towson in the 1960s, died Aug. 4.

A funeral Mass was offered for Jesuit Father Francis Schemel, who taught at Loyola Blakefield in Towson in the 1960s, Aug. 9. He died Aug. 4 after 60 years as a priest. He was 93.

Father Schemel, a Pennsylvania native, studied pre-medicine at the University of Pennsylvania and the University of Scranton before entering the Society of Jesus at the Novitiate of St. Isaac Jogues in Wernersville, Pa., in 1946. He earned a bachelor’s degree and degree of sacred theology from the former Woodstock College in Woodstock and a master’s degree in modern humanities from Bellarmine College in Plattsburg, N.Y.

Father Schemel was campus minister and then chaplain to the staff at Georgetown University for more than 30 years, serving there until his death.