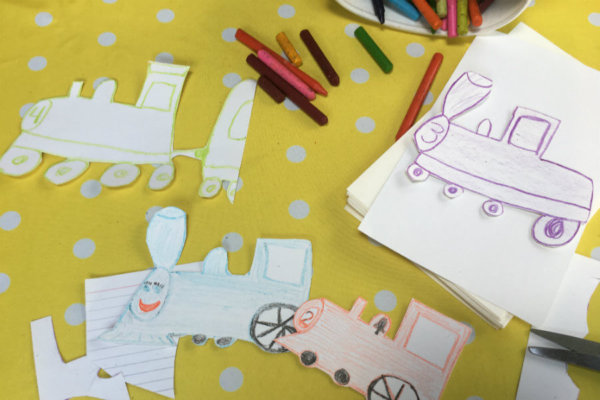 My niece and nephew are spending the week with my parents, and with Daniel’s Gotcha Day, soccer practice, and other excitement, the week has been getting away from us without any solid cousin time. So yesterday I took our boys over to play.

Elise, who’s 10, and I made and played our own Little Engine That Could-themed board game, while my boys and their cousin Origen, who is 8, played Allowance, which is always very popular. It had been a while since I sat and drew trains, but I used to do that all the time.

Then I took the three boys to a Loyola Greyhounds women’s soccer game. Most of the students aren’t back yet, so we had many seats to choose from. The boys inched their way down to the front row. It was a perfect night for a game, and everyone’s attention span exceeded my expectations.

I realized, though, that I don’t know all the rules of soccer. I should probably brush up on my knowledge or sit with someone who knows the game.

We’ll be sorry to see the cousins head home.

This week at camp our boys saw a video on another child’s phone that scared them. It was harmless—except for being scary—but we delved into the conversation yet again about why we don’t look at other people’s screens without permission from a parent or teacher. I wish it hadn’t happened, but it was a good reminder for me to have that conversation before school starts. 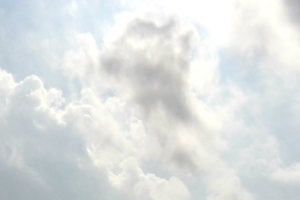 Did you watch the eclipse? I saw it from my office parking lot, and our sons saw it with their camp classmates. Daniel wanted to see it again on the way home from camp, and I explained that we have quite a while to wait for the next one.

“It was so beautiful,” he said.

It really was, though I didn’t manage to get a photo of it. But I think what I loved the most was how the eclipse seemed to bring people together.

A physics professor I was talking to the next day explained that we are living at a moment in history where the moon is just the right distance away to block the whole sun, and that many years from now that won’t be possible. So I’m happy to be alive right now, today, in this very moment. And not just because of the eclipse. 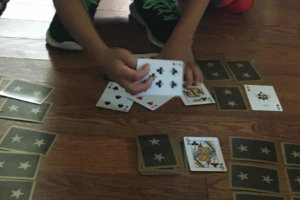 Can you shuffle as well as a rising second grader?

I’m not sure what else we have learned this summer, but we have been playing lots of cards.

And this card player? He has shuffling down. (So does his big brother.)

You can see him in action here.

Our boys were with our summer sitter a few weeks ago when they ran into a little boy who was in Daniel’s preschool class. Our sitter used to teach at their preschool, and she texted me to say they had seen one another. She and I were so excited—what fun! A little reunion!

I was bubbling over with excitement about it when I saw Daniel that afternoon.

“What? Who are you talking about?” our little boy said. “Who is he?”

I launched into all the ways they know each other, how they used to play together, how we know this child’s cousins, on and on and on.

Then I realized I was just talking to myself. My child’s eyes? Not even a flash of recognition. Suddenly I knew how my mother must feel when she runs into the mother of someone from my childhood and is telling me all about it and I have absolutely no memory of the family at all.

The Maryland State Fair starts today! I’m already fielding questions about when we will go. That Ferris wheel is beckoning to our boys. I know we will end up going, and it will be hectic and cost me more than I want it to but we will be happy we went.

Read more quick takes at Kelly’s blog, This Ain’t the Lyceum, and have a wonderful weekend. I’ll be hanging out with Kelly and other Catholic women bloggers at a gathering tomorrow!