The awards were given for the Catholic Review magazine; the website, social media and other digital efforts; photography; and design. 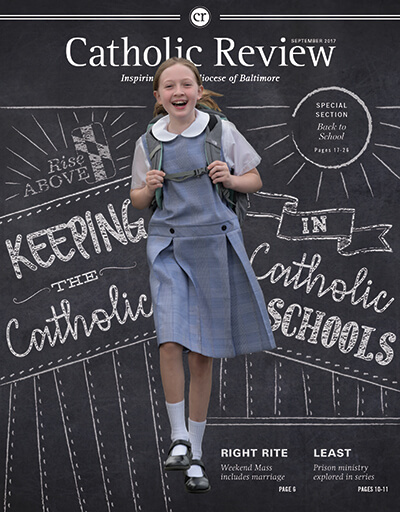 The Associated Church Press recognized the publication’s work April 20 with six awards including one Award of Excellence (the top prize) for the CR News e-newsletter, which is sent twice a week.

The Maryland-Delaware-D.C. Press Association honored Catholic Review Media May 11 with 25 awards including a Best in Show (best in all circulation categories) for Page 1 Design for the September 2017 cover (see left), featuring a Catholic school student. The MDDC tally included 15 first-place certificates.

Catholic Review Media’s Sara Travlos was named the Catholic Press Association’s Graphic Artist/Designer of the Year June 15 for her “enormous versatility and professional design.” The e-newsletter got the nod as Best Electronic Newsletter. Judges praised the excellent organization, design and layout and called it “a perfect model for other dioceses to emulate.”

Those awards and two more first-place certificates were among 13 total awards from the CPA. 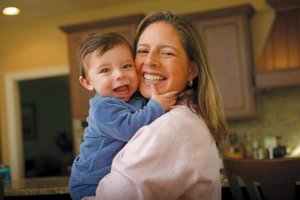 The Maryland-Delaware-D.C. Press Association includes mostly secular publications and awards only first and second place, plus one Best of Show for each category across all circulation divisions. The Catholic Review competes with other non-daily publications with more than 20,000 circulation: 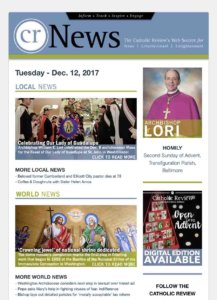 In The Catholic Press Association of the United States and Canada competition, the Catholic Review competes in the magazine category and with all members in the digital division. The CPA awards first, second and third place and honorable mentions.