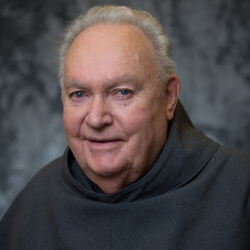 A funeral Mass for Conventual Franciscan Father Samuel Zebron was offered June 27 at St. Mark Church in Boynton Beach, Fla. The Baltimore native was 84 years old when he died June 19.

Father Zebron’s six siblings included Sisters Martiana and Juanita, members of Franciscan Sisters of St. Joseph, who predeceased him. He was 17 when he entered Mount St. Lawrence Novitiate in Becket, Mass., and was ordained to the priesthood in May 1958. He did his philosophy and theology studies at St. Joseph Cupertino Friary in Ellicott City, and St. Hyacinth College and Seminary in Granby, Mass.

Father Zebron then served parishes in Ohio, Pennsylvania and Georgia, before moving to St. Mark in Boynton Beach, Fla., in 2002.