St. Frances Academy junior Adrian Baldwin elevates over St. Maria Goretti’s Rahsaan Edwards on the buzzer-beating three-pointer that gave the Panthers a 71-68 victory in the championship game of the 48th annual BCL tournament at Loyola University’s Reitz Arena. (Rob Carr/Special to the Review)

Twenty years into the 21st century, it can also include face-timing with an ailing loved one.

His father, Adrian, was on the other end, home – to his son’s surprise – after a lengthy hospital stay with stage 2 cancer.

The lithe left-hander delivered for his father and the entire Panther program, as Baldwin capped an epic fourth period with a three-pointer from deep on the left wing to give St. Frances Academy a 71-68 victory over Goretti in the championship game of the 48th annual BCL tournament at Loyola University’s Reitz Arena.

The University of Maryland recruit was a no-brainer for tournament Most Valuable Player, as he finished with 25 points, eight assists, seven steals and six rebounds. He was the only player on either side to go all 32 minutes, and stood tall in the fourth period, when his stat line included 11 points, four assists and four steals.

“He’s one of the best guards in the country,” Goretti coach Sidney McCray said. “It’s scary that he’s only a junior. He’s a talented player and very unselfish, just a threat.”

Baldwin became the first repeat tournament MVP since 2014, when Phil Booth Jr. led Mount St. Joseph to its third straight title. Booth is an historic figure not just in Baltimore, as he played a major role in Villanova University’s NCAA championships in 2016 and ‘18, and has the Wildcats in position for another Big East Conference regular season title.

View slideshow below; story continues beneath 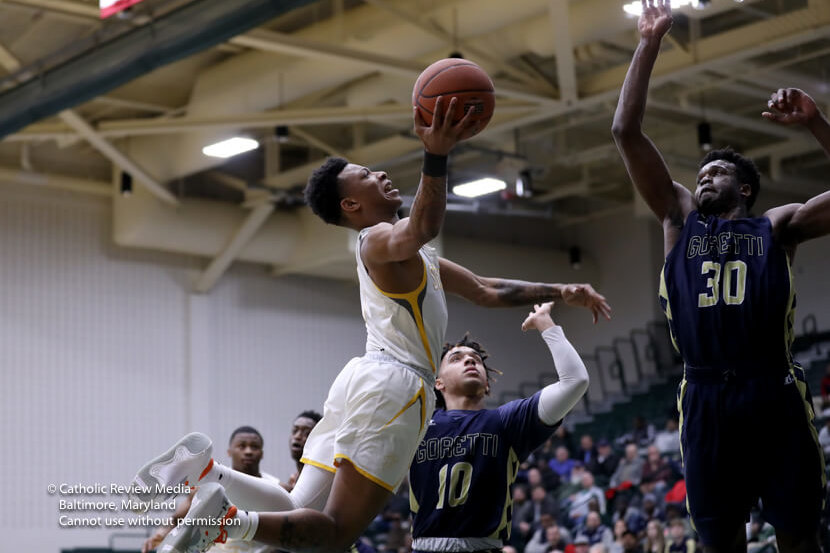 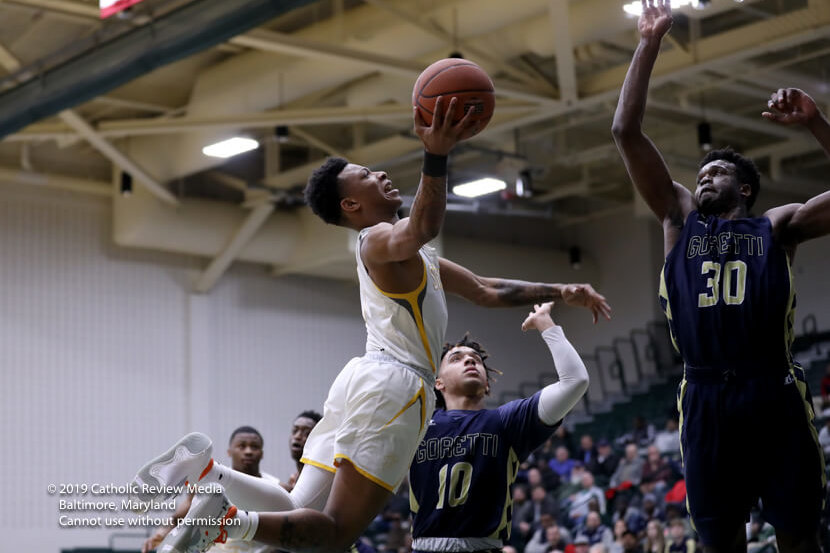 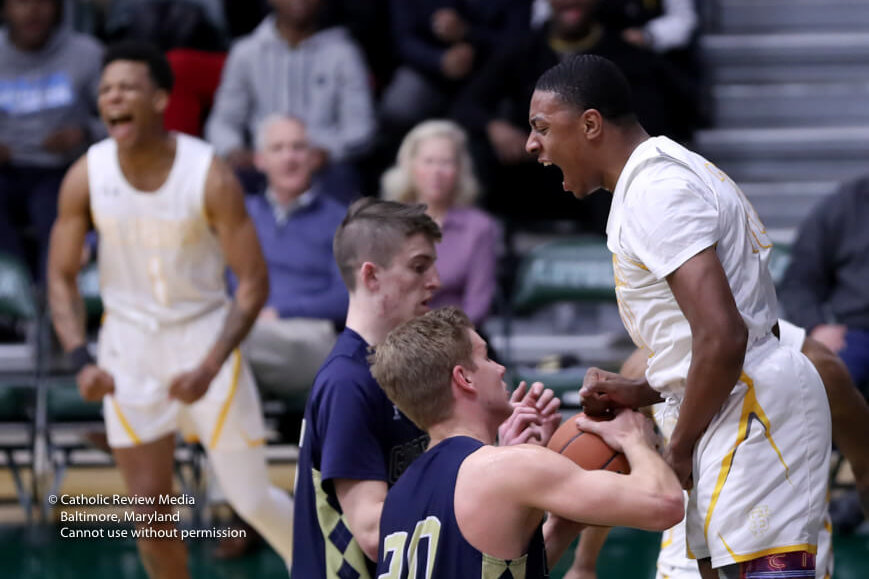 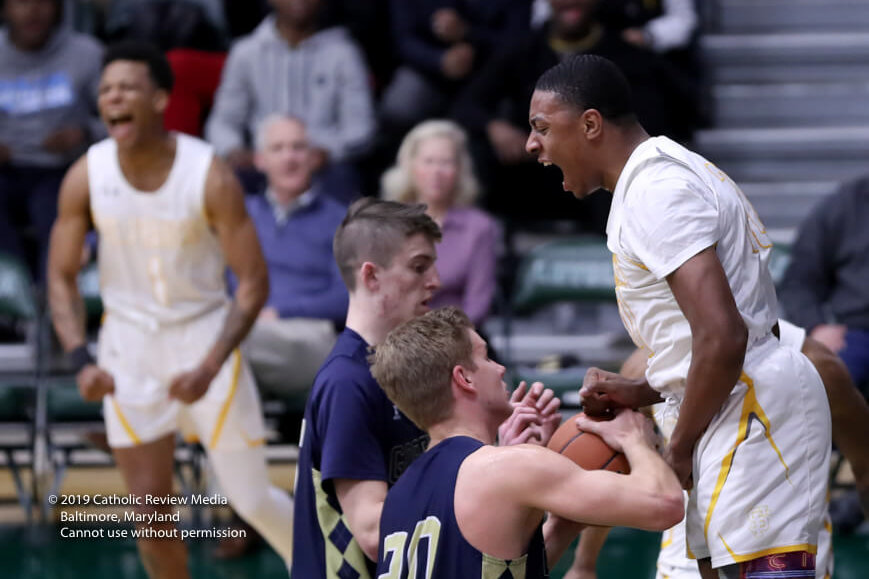 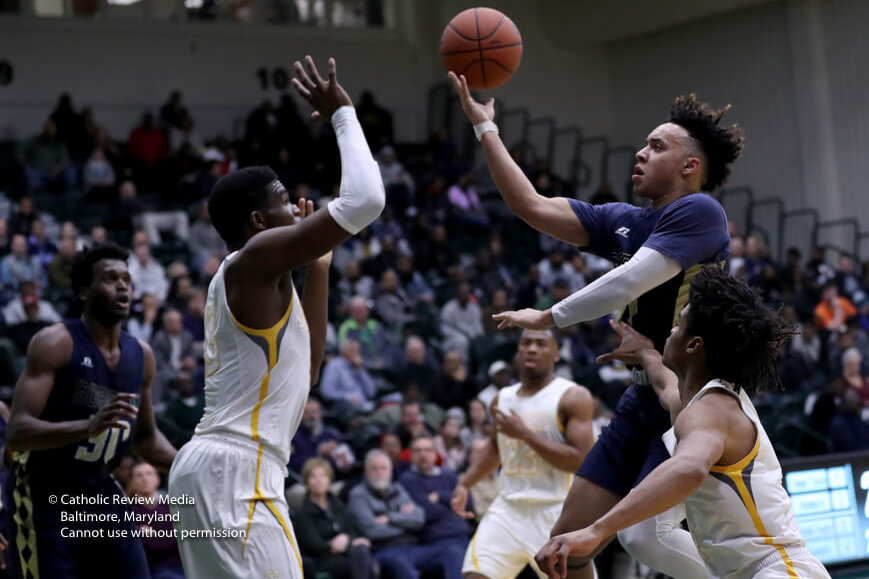 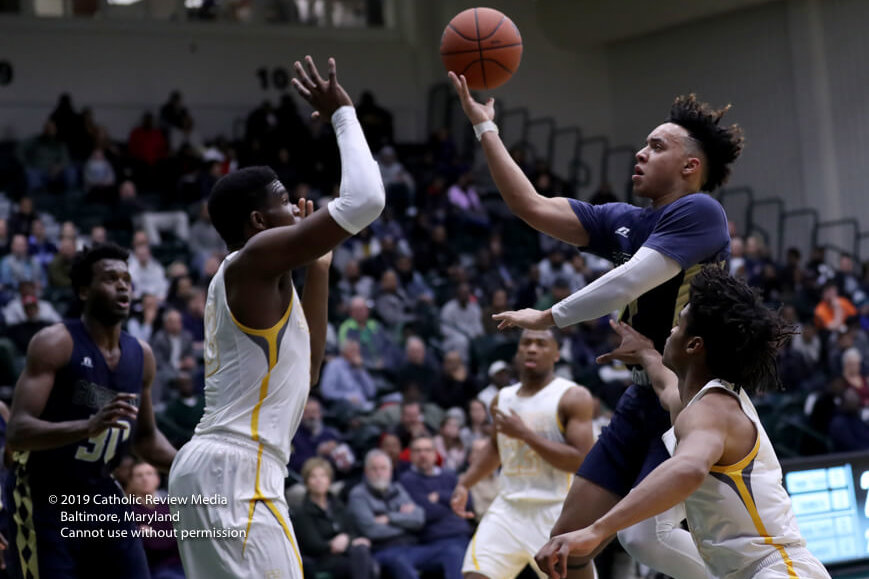 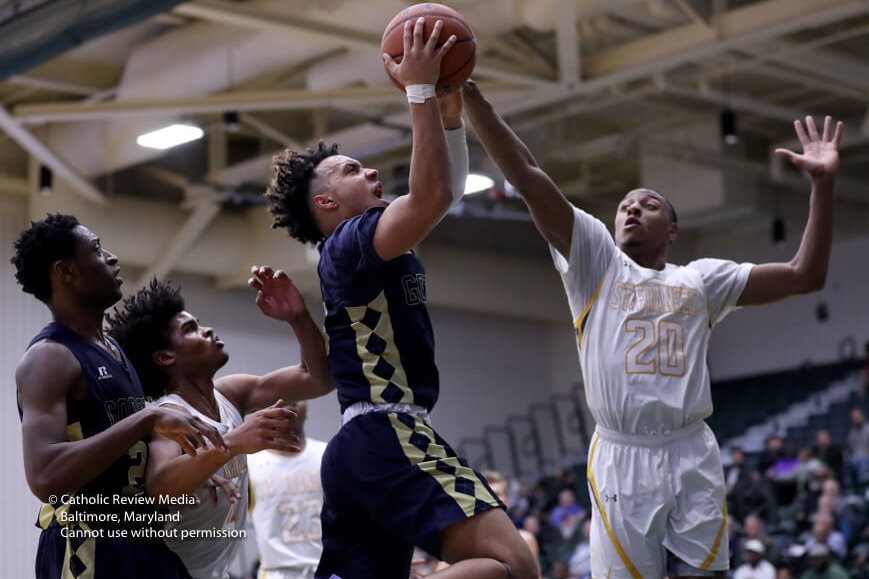 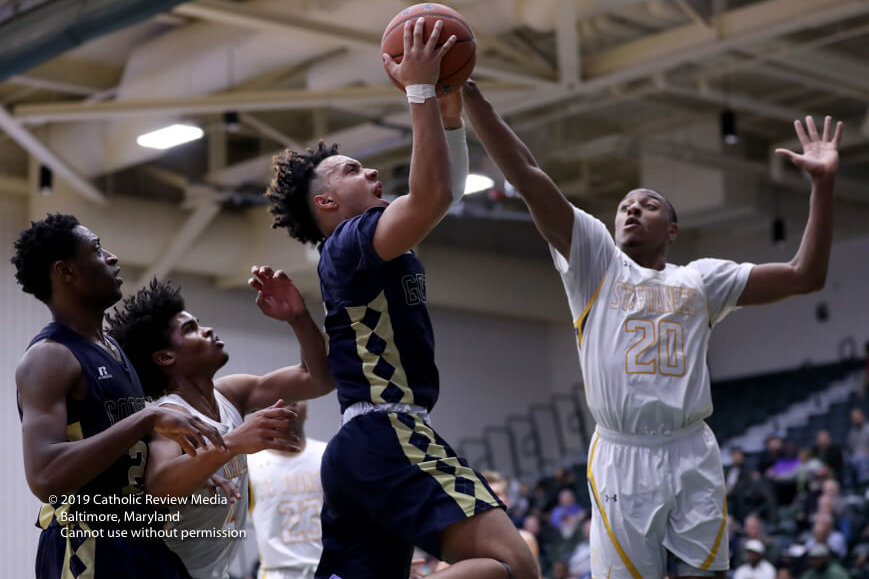 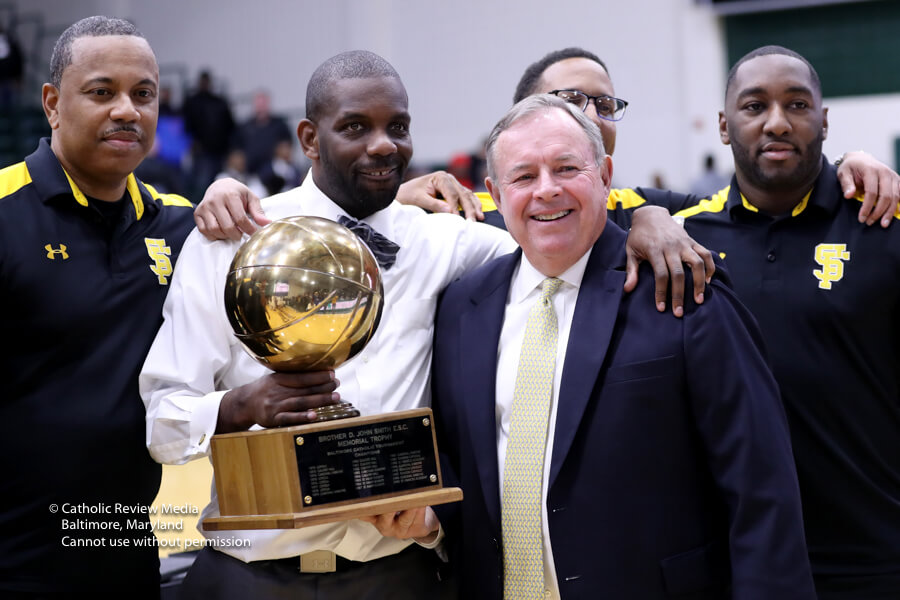 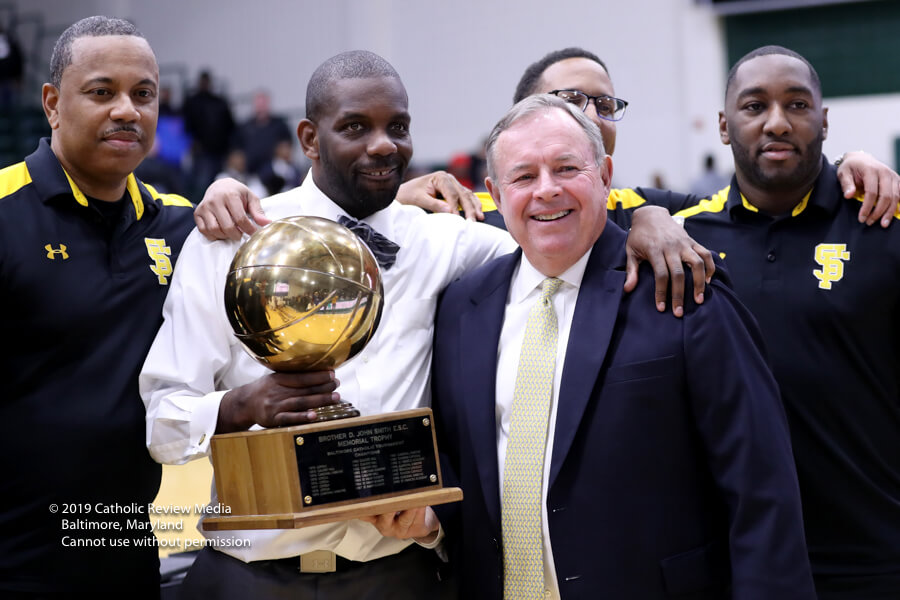 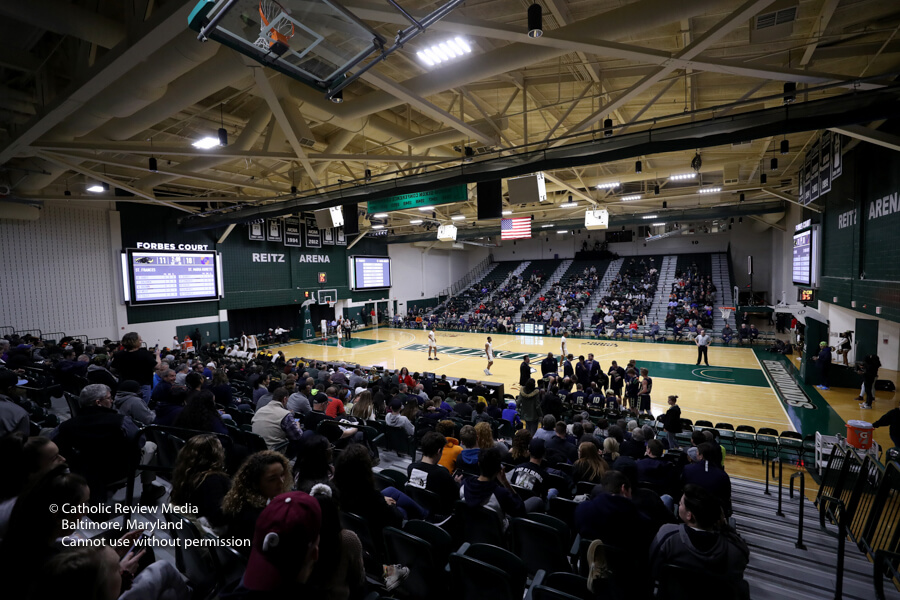 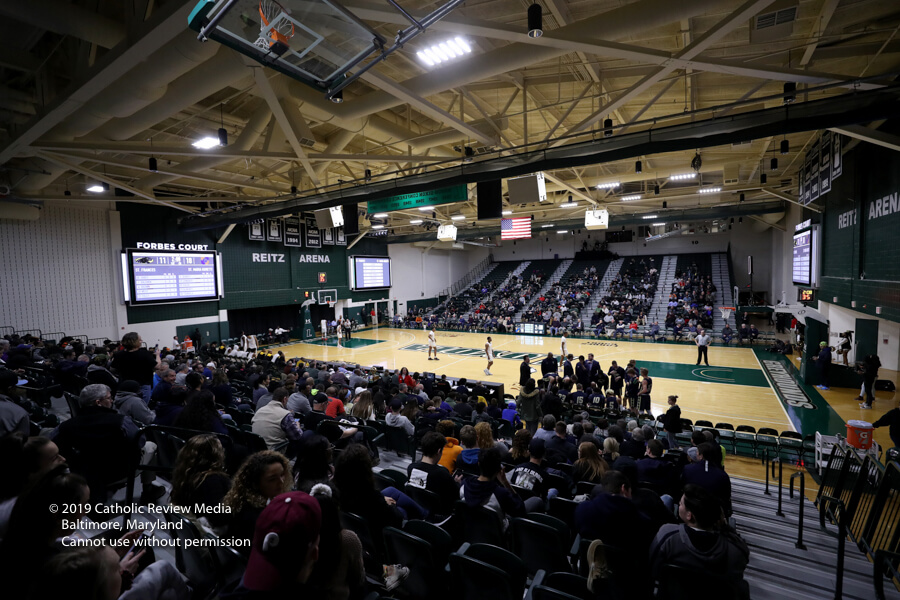 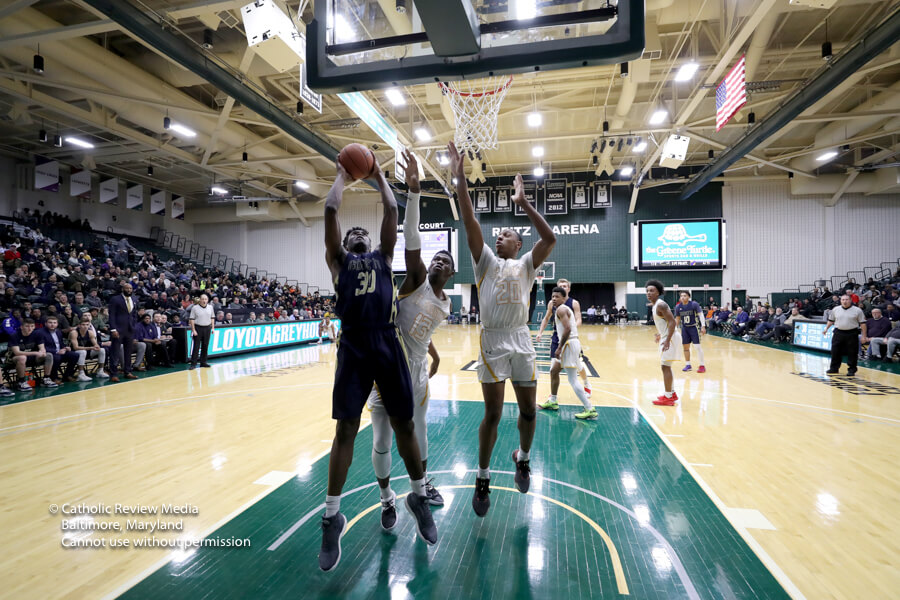 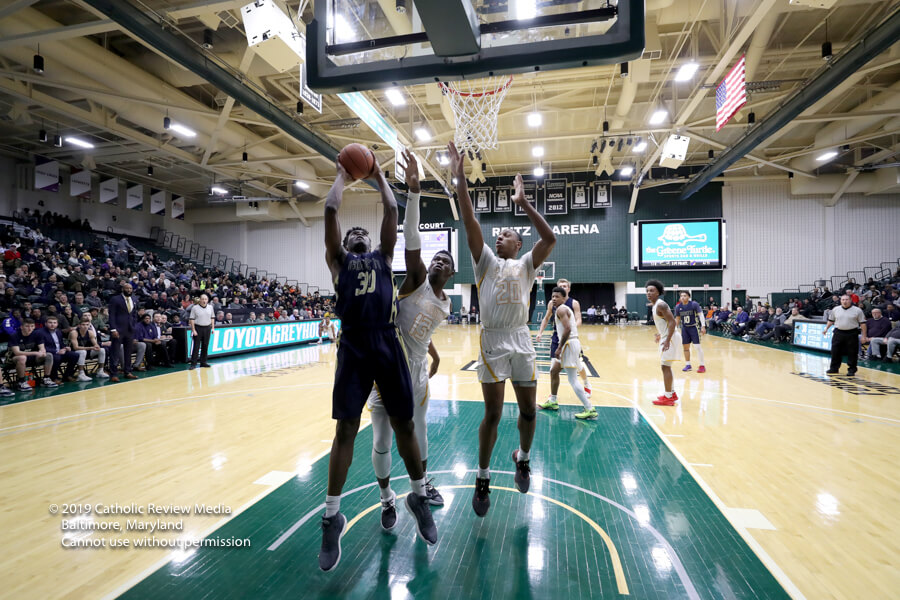 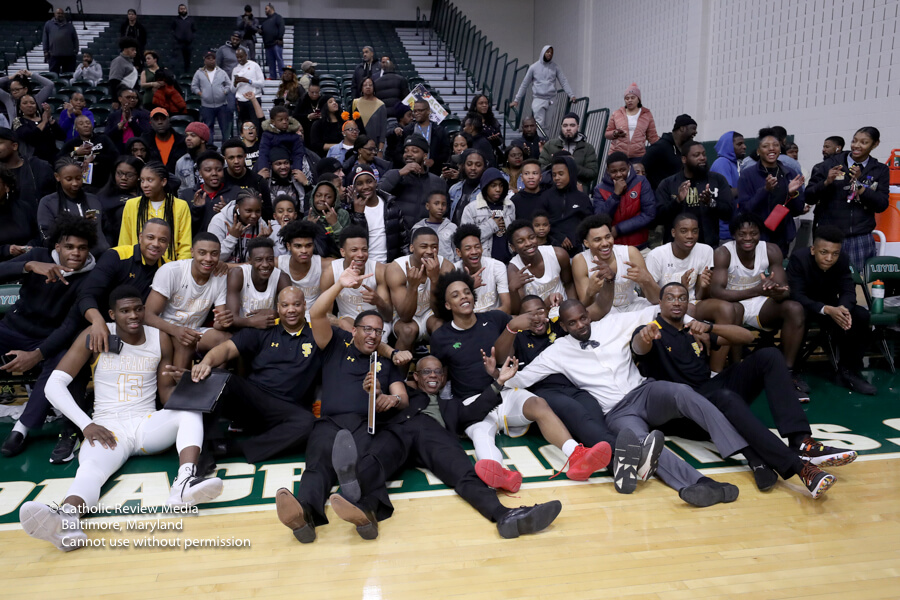 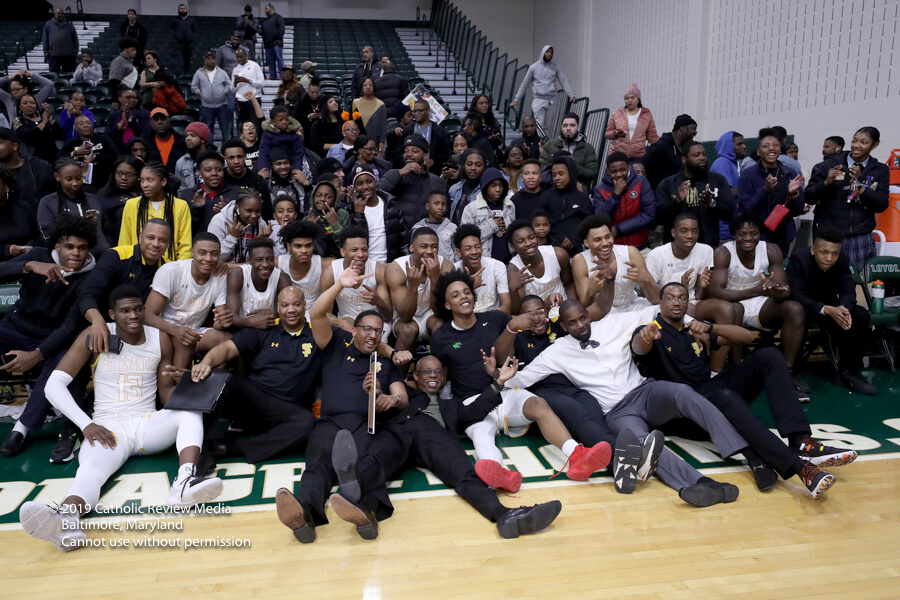 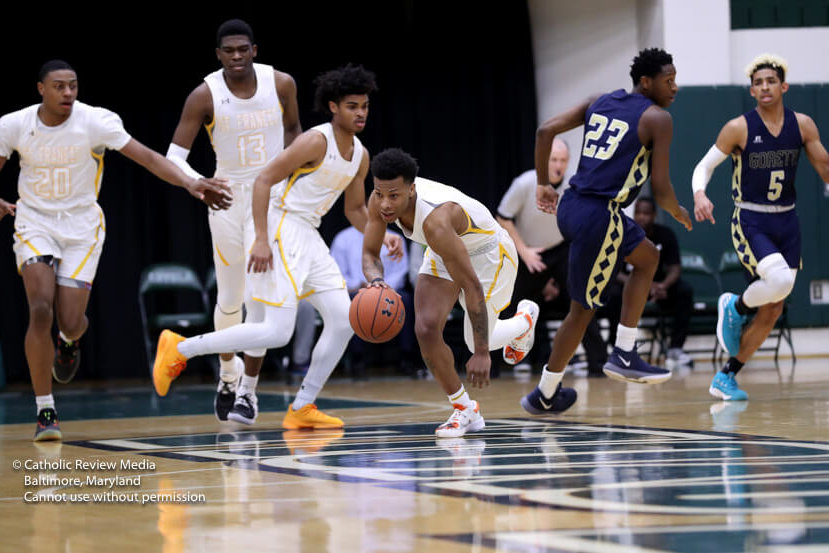 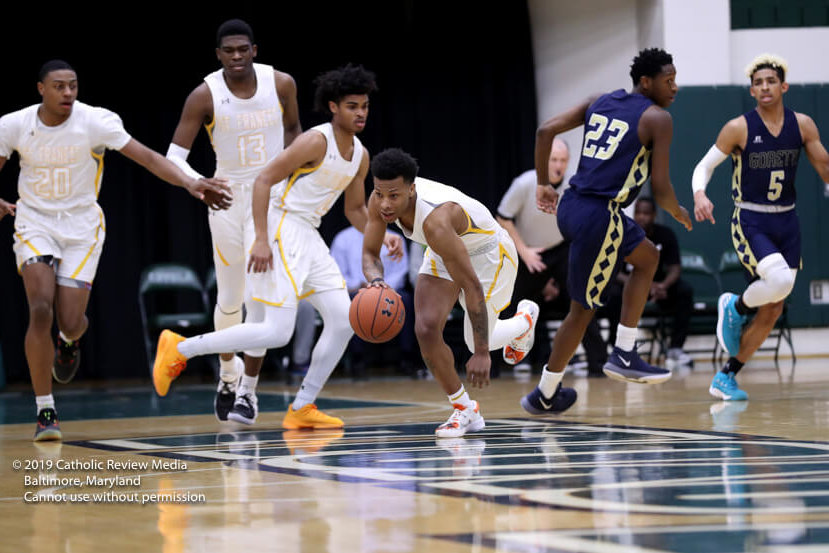 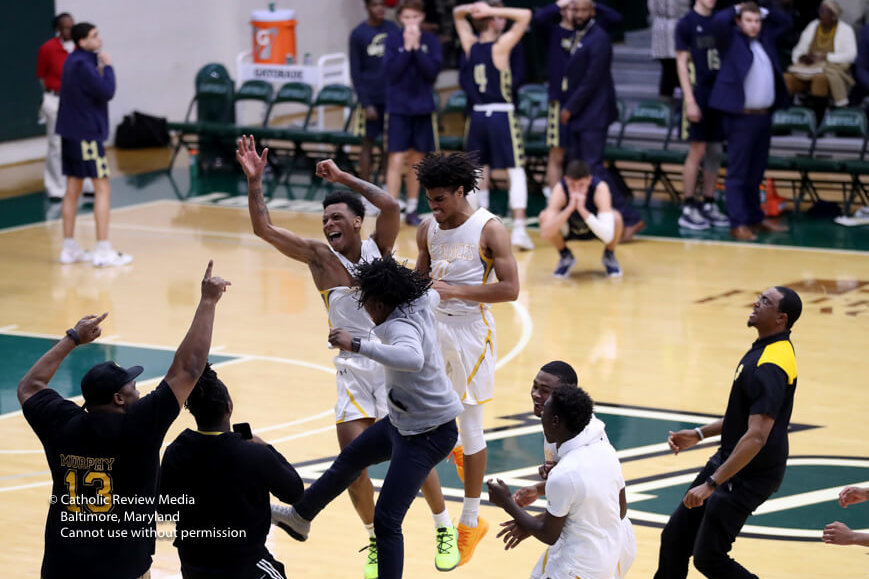 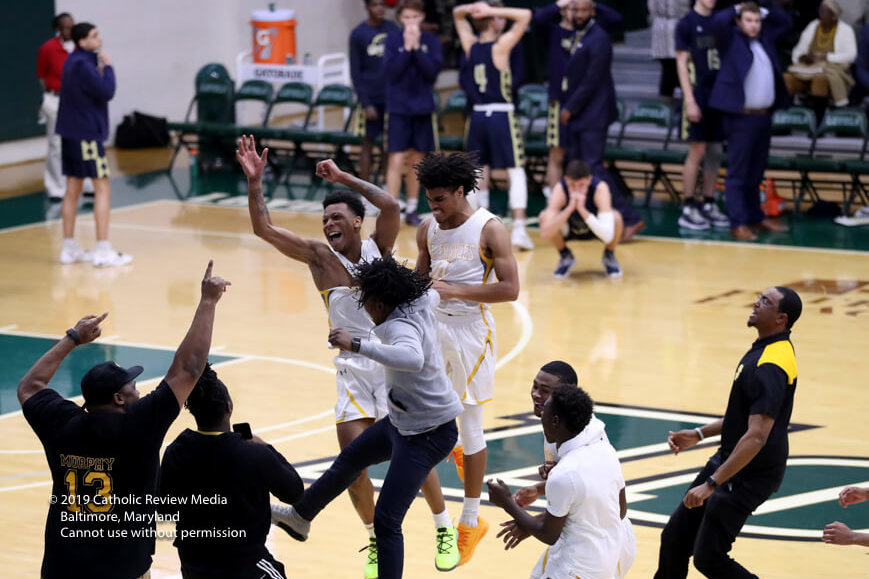 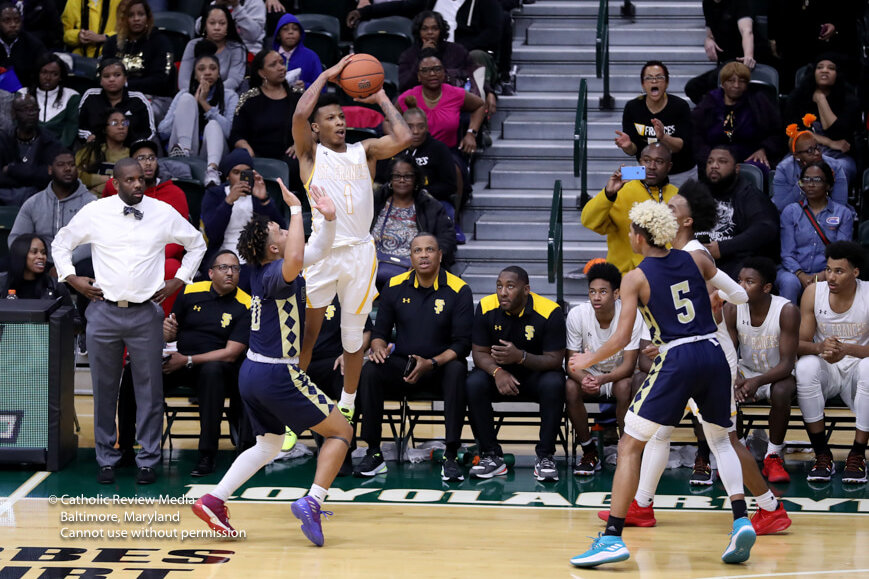 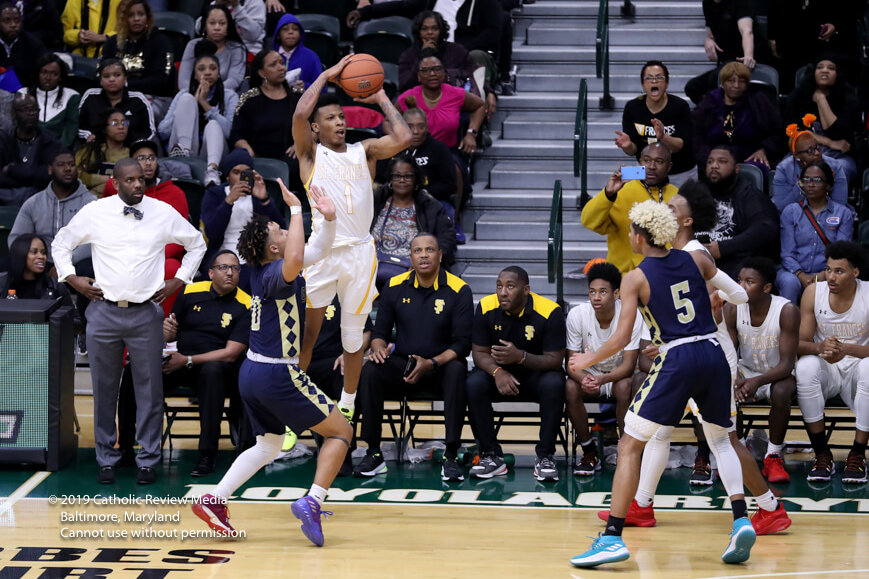 A record ninth tournament title for the Panthers appeared in dire straits after three periods, as Penn State-bound Abdou Tsimbila (12 points, 14 rebounds) and R.J. Blakney (17 points) staked Goretti, regular season co-champions with St. Frances Academy and poised to give the tournament a fifth champion in as many seasons, to a 55-47 lead.

Baldwin began the final period with a three-point play, and fed West for another. He took a defensive rebound, drove the length of the court and finished with his off hand, then assisted Toles on a pair of spectacular field goals, one a lob dunk, the other falling down in traffic.

One more Baldwin three-point play gave the Panthers a 66-64 lead with 1:27 remaining. Goretti, which lost for the sixth straight time to St. Frances Academy, continued its gallant effort, tying it two more times, the last on a pair of clutch free throws by senior point guard Rahsaan Edwards with 9.6 seconds remaining.

The Panthers in-bounded to senior Rajeir Jones, who advanced the ball near mid-court, then handed it over to Baldwin. With Edwards defending just inside the sideline, the 5-foot-11-inch Baldwin elevated and made the biggest shot of his prep career, similar to one he made against Memphis (Tenn.) East in a holiday tournament.

Was he worried that Baldwin’s halftime phone call with his father would be a distraction?

“Hey, I’m a father too,” Myles said. “His dad has played a pivotal role in his life. They have a special relationship. Adrian is a mentally tough kid. Through all this, he’s been able to use basketball as an outlet.”

Baldwin acknowledged, “It’s really hard, seeing my father have to fight this. I don’t like seeing him in the hospital.”

He aggravated a minor knee injury at the end, but there’s no time to rest, as St. Frances Academy, 36-5 overall, heads to Frostburg State University for the Alhambra Catholic Invitational Tournament, which runs March 7-9. The field includes four teams from the Washington Catholic Athletic Conference, host Bishop Walsh, Mount St. Joseph and Goretti.