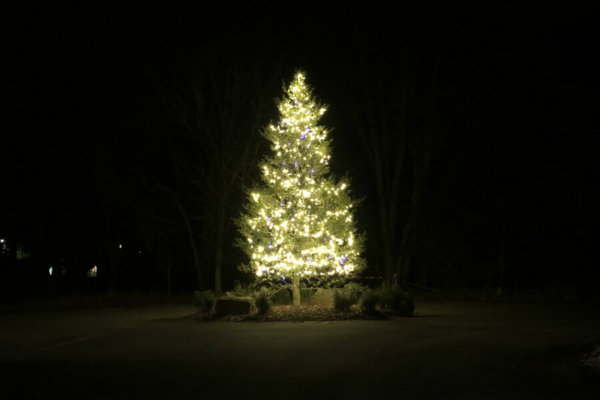 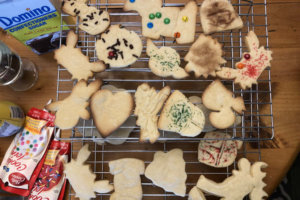 Yesterday we opened up our home for an intense cooking baking session. My mother had called me last week and mentioned that my sister Maureen’s children were sad because this is their first Christmas without their dad’s mom, who passed away this fall. They had always made sugar cookies with her.

Well, there’s not much I can do, but I can host a cookie-baking session. So I made a quadruple batch of sugar cookie dough, set up our dining room as a cookie rolling, decorating, and cooling station, and we went at it. I even pulled out the dragonfly glasses that their grandmother, Becky, had sent us as our wedding gift, and I filled them with chocolate chips and M&Ms so we would be thinking of her as we baked. 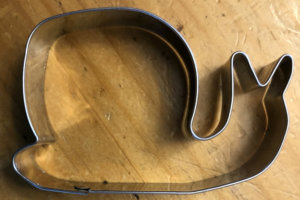 It may have been the most fun we have had all Christmas. I thought the little kids would want to help, but they made only fleeting appearances to stick on an M&M or two. But the middle- and high-school-aged set stuck it out, creating beautiful, delightful, and hilarious cookies.

We had a big debate over whether one of the cookie cutters is a whale or a snail—and there was even an argument that it might be a sideways penguin. You decide. 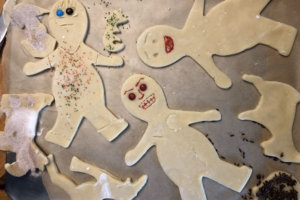 At one point my niece Elise was making a moose-shaped cookie, and she was having trouble keeping the antlers on.

“That’s the truth of the moose,” I said. “You think your cookie is going to work, but the antlers keep falling off.”

Well, the phrase, “That’s the truth of the moose,” caught on, and we used it for the rest of the afternoon.

I can’t remember the last time I laughed as much while baking. 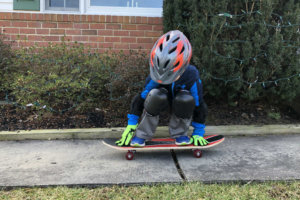 Is there any moment like Christmas morning? Our children could not wait to break through the doors to run into the living room to see whether Santa came—and what he brought. It was absolutely magical.

After all the excitement died down, our younger son said to me, “Mom, I don’t want to hurt your feelings, but Santa gave me better gifts than you did.”

My feelings weren’t hurt. I mean…Santa is Santa. Giving gifts to children is his thing. And a skateboard? Only Santa would leave that under our tree. 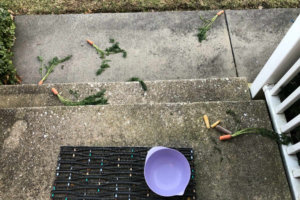 We always leave cookies for Santa and carrots for the reindeer. Somehow we never have carrots in the house.

So on Christmas Eve, we spent the afternoon making chocolate chip cookies—with rolls of parchment paper that arrived as a gift from a friend!—and then made a run to the grocery store just for carrots. I was a little worried because I knew I needed to take on a significant role with Christmas dinner, and I had none of the ingredients for dinner. But carrots were the priority. You can order Chinese food on Christmas day, but you can’t decide on Christmas Eve afternoon that you want to have carrots delivered to your porch for the reindeer.

It’s a good thing we got the carrots because the reindeer really enjoyed them before they flew off to the next house. 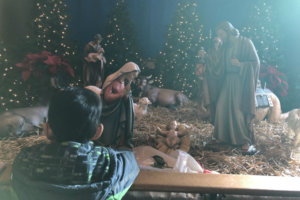 We went to Mass on Christmas morning, partly because we have a family gathering on Christmas Eve but mostly because Christmas Mass is just beautiful. There are no crowds, so we walked in about 15 minutes before Mass started and easily found a whole empty pew. My sister and her husband and four children age 4 and under joined us.

I hadn’t been to Mass with a toddler or a preschooler in a while, but it went surprisingly smoothly. The 14-month-old twins hardly made a noise, the 2-year-old fell asleep for part of the Mass, and the 4-year-old was angelic. A Christmas miracle.

Afterward we went to see Baby Jesus in the manger. When I asked my 4-year-old niece what Santa brought her, she said, “He gave me a banana and a granola bar.” I know he brought other things too, but I loved that those were the gifts she remembered first.

It really is the most wonderful time of the year. 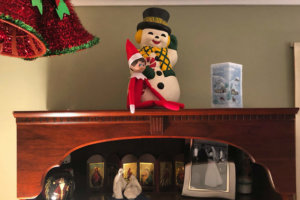 Our Elf on the Shelf has gone back to the North Pole, and I sort of miss looking for him every morning with our boys. On one of the last days before Christmas, we found him sitting on the floor of our playroom with a deck of cards, playing Solitaire. The boys finished the game the Elf had just started, and they were excited when he won!

When I told my mother about it, she said, “Beginner’s luck.”

It was that or a little Christmas magic. I rarely win Solitaire. But I am not one of Santa’s elves. 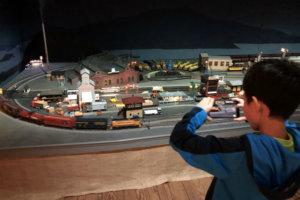 We drove to Pennsylvania this week and made a stop at the Brandywine River Museum to see the train layout there. On our drive north we saw three bald eagles. I’ve never seen more than one bald eagle in a day, so that felt special.

Then we stopped to see an actual train cross the road we were driving on.

All that happened even before we made it to the museum. We don’t manage to get there every year, but we try to visit at least every other year. It’s really a beautifully designed layout with trains going over and under and around and through. My husband enjoys chatting with the operator while the boys take pictures and do the scavenger hunt that is provided, and I just watch the trains and take pictures of the boys, who are a little bigger every time we go. Nothing like the holidays to make you realize how your children are growing.

We hosted three of my sisters, one brother-in-law, four nieces, and four nephews for dinner last night, and just before everyone was leaving to go see the lights on 34th Street (or go to bed), we tried for a photo of the cousins who were present. We definitely got an A-plus for effort, as the toddlers ran in circles laughing all the way.

When we were trying to get the older kids to smile, I said, “Does anyone know any good jokes?”

My sister Treasa said, “How much did Santa’s sleigh cost?”