An update from Archbishop Lori 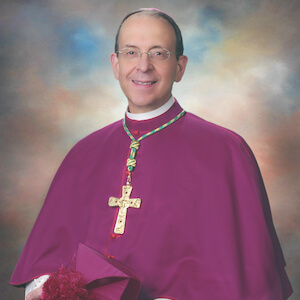 Following the U.S. Conference of Catholic Bishops’ spring general assembly in Baltimore, Archbishop William E. Lori wrote the following message to the people of the Archdiocese of Baltimore.

Solemnity of the Most Holy Trinity

When the U.S. bishops gathered in the Archdiocese of Baltimore this week for our spring general assembly, we did so in order to enact real reforms that hold us accountable for our own actions and inactions regarding the sexual abuse crisis.

By overwhelming margins, the bishops voted to do just that.

We upheld zero-tolerance for abuse and passed measures that bind bishops to all the same codes of conduct that apply to clergy within their dioceses.

We approved a protocol giving bishops the authority to enact restrictions in the life and ministry of those retired bishops accused of sexual abuse or who failed to take necessary measures to prevent abuse, however distant in the past it might have occurred.

We also agreed to set up an independent, third-party system for reporting allegations against bishops and encouraged greater lay involvement.

Significantly, the policies and procedures that will now be adapted nationally have already been in place in the Archdiocese of Baltimore.

Despite our inability last November to act on nationally-mandated reforms, I made the decision to include bishops in our rigorous accountability protocols, which include reliance on a third-party, independent reporting system for receiving confidential reports of complaints against priests, deacons, lay employees and volunteers.

It is now the requirement that any allegation against a bishop will go to two lay members of our Independent Review Board, both of whom are retired judges. Once they determine if the allegations meet a minimum level of credibility, they are reported to law enforcement and the pope’s representative in the United States.

The national policy approved this week establishes an approach similar to the Baltimore model, setting up a national toll-free hotline and an online portal for reporting allegations. The system, which will be in place no later than May 31, 2020, will allow reports to be sent to metropolitan archbishops of the provinces in which allegations are made, as well as to the Pope’s representative in Washington. The metropolitans are required to report credible allegations to law enforcement.

When Pope Francis asked me to serve temporarily as apostolic administrator of the Diocese of Wheeling-Charleston, W.Va. (in my capacity as the metropolitan archbishop of the Province of Baltimore), he charged me with overseeing an investigation of sexual misconduct and financial improprieties against West Virginia Bishop Michael Bransfield. In effect, the case was an example of how a “metropolitan system” of accountability might work and yielded many valuable lessons that I pray will prove helpful in the future.

We established a team of lay investigators that included a former state’s attorney, an expert in personnel matters, an expert in finances and an expert in canon law. We also set up a hotline for receiving information about the case.

The investigative team determined that the accounts of those who accused Bishop Bransfield of sexual harassment were credible. The team uncovered a consistent pattern of sexual innuendo, and overt suggestive comments and actions toward those over whom the former bishop exercised authority. It also found a pattern of excessive and inappropriate spending by Bishop Bransfield. My full letter to the faith of the Diocese of Wheeling-Charleston can be read HERE.

The lay experts on whom we relied were committed and thorough in their pursuit of the truth. It is my hope and expectation that any future investigations conducted under a “metropolitan model” will likewise benefit from the expertise of lay professionals.

During the past year, the Archdiocese held 18 listening sessions last fall concerning the abuse crisis, 12 of which I was privileged to attend. We heard the concerns of the faithful and know the high priority you have placed on transparency and accountability.

The latest actions undertaken by the bishops build on what we did in 2002 following the passage of the Charter for the Protection of Children and Young People. In the Archdiocese of Baltimore, we mandate criminal history screenings for all clergy, religious and employees and for all volunteers who work with children. We additionally require all clergy, employees and any volunteer who has substantial contact with children to undergo mandatory safe environment training. Children in our schools and religious education programs also receive age-appropriate education that can help prevent abuse.

The Archdiocese immediately reports all allegations of abuse to law enforcement and has a zero-tolerance policy, permanently barring from ministry anyone credibly accused of abuse. The Church participates in an independent audit of its compliance with the Charter and also conducts its own audit of parish and school files to ensure compliance with all child protection policies and safeguards.

We also publicly name those clergy credibly accused of abuse on our website (something we implemented beginning in 2002) and regularly update the list as information and circumstances require.

I believe the steps we have taken in our Archdiocese and across the country have helped make the bishops more accountable. With the decisive actions taken at the bishops’ meeting, we have begun to implement the “motu proprio” “Vos Estis Lux Mundi” (“You are the Light of the World”) issued in May by Pope Francis to strengthen accountability and protect all from abuse and harassment – a tragic reality that is wholly inconsistent with a culture of true Christian faith and discipleship.

As Church leaders continue on the path of repentance, reform and renewal for our entire church, we must continue to remain vigilant and seek new ways of advancing transparency, accountability and healing for any and all harmed by members of the church.

Please join me in praying for the victim-survivors, for the renewal of our Church and for those of us who are charged with the awesome responsibility to shepherd and guide the Faithful during these difficult days. Together – with your support and faithful witness to the transforming Gospel of Jesus Christ – we will reinvigorate our church.

For ongoing coverage of the bishops’ meeting, click here.