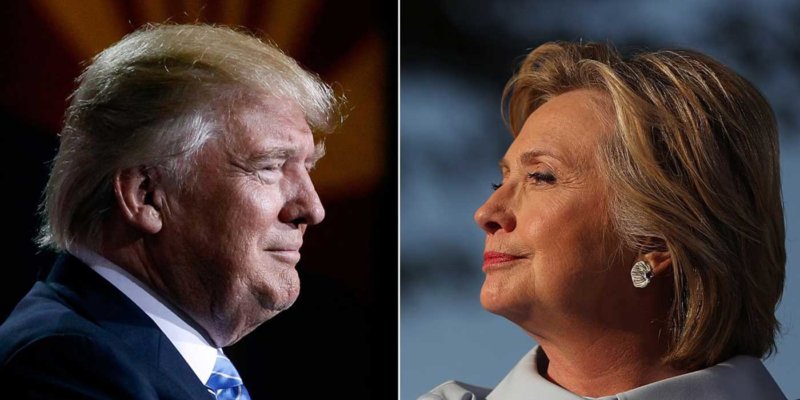 The first President of the United States didn’t have any opposition. But since the elections of George Washington, there have always been at least two people vying for the job.

That means that some people will be unhappy with the majority of the voters’ choice and the majority of the Electoral College’s selection – usually, but not always, the same thing. What doesn’t change? The person who gets the most electoral votes is the president.

Since Nov. 8, we’ve been hearing a lot of people saying, “He’s not my president” about President-Elect Donald Trump. If you’re a citizen of the United States, no matter where you live, as of Jan. 20, Trump will be your president. If you’re not a U.S. citizen, but you live in the USA, he’s still the president.

Our elections lately have become unfriendly affairs. Gone are the days of well-reasoned discourse about policy and what’s best for the people of this country. Snark and vitriol defined not only the presidential campaign, but many contests for local, state and federal offices.

And those campaigns seemed to go on forever. The first major candidate to declare candidacy for the 2016 presidential election did so 19 months before the election. What followed was more than a year and a half of slogging through debates with an onstage crowd of candidates, and hundreds of millions of dollars raised and spent by campaigns to get our attention. The major-party nominees had higher disapproval ratings than anyone in recent memory. Is this the best we could do out of potentially 150 million people in the U.S. eligible to be elected president?

Our neighbors in Canada may have a better idea; their election campaigns are much shorter than ours, perhaps a few months at most.

And what did our long, drawn-out election get us? A nation that feels divided, where those who won lord it over those who lost, and those who lost protest the legitimacy of the election. It seems no one is happy.

As we approach the inauguration of the 45th president, I have hopes and dreams for our country. I hope President Trump and the Congress can deliver good results. Remember, though, that it’s not all up to our elected officials; we play an important role in fostering the kind of country in which we want to live. To that end:

• Civil discourse: Americans have a lot of opinions and are not shy about sharing them. Now, we can share those opinions within seconds on social media. Let’s agree to disagree sometimes, and do it with civility and respect for others. You cannot do all that in a 140-character tweet.

• Check your facts: There’s a lot of fake news trash online being reported by so-called news sites. Some of it is misleading or incomplete, but some is just plain wrong. Check the source of the news. Consider why that source wants you to believe or know a piece of information or opinion.

• Be informed: Read a newspaper or a newsmagazine. Read the Catholic Review. Switch the TV news programs you watch so you get a different perspective now and then. Learn the issues, not just the headlines. Have a civil conversation with people who don’t necessarily share your views.

• Pray: Pray that our elected leaders understand the dignity of all human life, from conception to natural death. Pray that they listen to the people, and not just their donors or special interest groups. Pray that they make wise decisions.