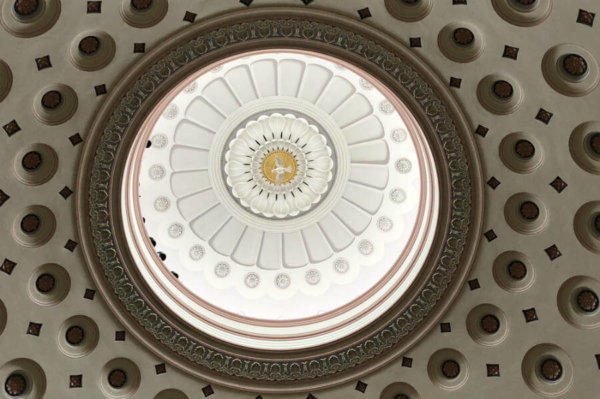 Getting to daily Mass isn’t even a goal most of the time, but yesterday I managed to slip downtown to the Baltimore Basilica for a 12:10 p.m. Mass, and it was just what I needed.

I went with a friend who offered to drive, which made the whole mid-day Mass trip seem much easier and more fun. If I think about going to Mass myself, I might not get there. But if it’s a date with a friend, it’s a commitment.

There is nothing like Mass to help me step away from the worries of the day. 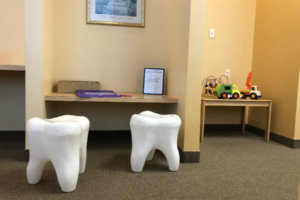 I took the boys to see the dentist this week, and the dentist handed me a card and said it’s time to make appointments with an orthodontist.

I don’t know what lies ahead, but I know it’s more expensive than a pair of rain boots.

Homework hit this week, and we are still standing. There was even a spelling test this week, and these words are getting harder and harder. Fifth grade is no joke. But I really enjoy seeing what our children are able to do. 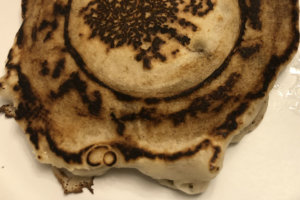 We made pancakes for breakfast on Saturday morning, and our third grader helped me for the first time. He made one pancake, and when he pulled it out of the pan, it had a little “CO” on the bottom. I’ve made pancakes for years, and I’ve never received a secret message in one.

When I shared the picture on Instagram, a friend pointed out that there’s also a little rocking horse in the pancake.

Maybe I just don’t look at my pancakes closely enough before I eat them. 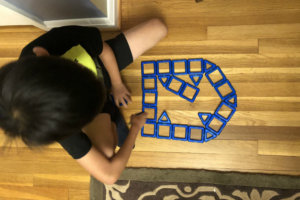 Before we became parents, someone told me not to try to guess at our children’s artistic creations. And I am usually pretty good at that, saying, “Wow, tell me what you’re building,” or “What a cool drawing! What’s happening in this part?”

No parent ever wants to guess wrong.

The other night, though, I saw one of the boys building with Magnatiles, and I wasn’t thinking when I said, “Cool! Is that a stained glass window?”

As I’m sure you can tell, it’s a baseball diamond.

Of course it is. 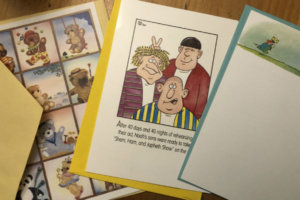 My mother was away visiting out-of-state grandchildren for her birthday last week, so Daniel and I dropped off her gifts and cards belatedly one night this week. We gave her notecards and a whale playdoh set, and she seemed enthusiastic about both.

I had forgotten to buy a birthday card, but right before we drove to her house, I remembered that I had seen some blank birthday cards in the boxes of mementoes I’ve been digging through recently. I’ve been storing unused greeting cards for 20 years, and they finally came in handy tonight.

Now if I can just remember to send those St. Patrick’s Day cards in March.

You know what we aren’t doing this fall? Soccer.

You know what I don’t miss this fall? Soccer.

I actually came to enjoy soccer last season since the boys had such fun on their teams, and the weather was mostly good. But I don’t miss three evening practices a week and two games every weekend. And I love knowing we are eating dinner at home every night.

For the record, I offered—and even gently encouraged—our sons to play. And I didn’t do cartwheels around the house when they decided not to do soccer. But if I had known life would be this good, I might have.

Thank you, God, for unscheduled Saturdays.

Read more quick takes at Kelly’s blog, This Ain’t the Lyceum, and find an update on how her son Fulton is doing after his spinal surgery. And—whether you’re home or traveling or on a soccer field in the rain—have a wonderful weekend!