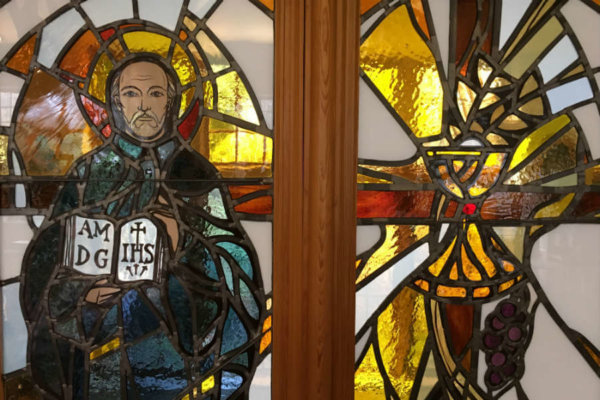 Five years ago today my sister and brother-in-law went for a sonogram appointment and received pessimistic news about the baby they were expecting.

I was at the office, having a fairly ordinary day, when my sister called me. She needed me to pick up my son (who was spending the day at my parents’ house) so she could go tell my mother their news in person. I remember how she tried not to tell me that something was wrong, but I knew when I heard her voice.

As much as I held onto hope that the predictions were wrong, I was devastated for them.

I grabbed my car keys and drove straight to my parents’ house. It didn’t occur to me until I got there that I would need to offer my mother some explanation for why I was swooping in to pick up my son. So I said just enough to prepare her a little bit and left.

As I drove away with my little boy, I didn’t know where we would go. I had a work meeting that afternoon that I couldn’t miss, my childcare arrangements had just fallen through, and I was trying not to fall apart myself in front of my son.

Then I thought of something. It was the feast of St. Ignatius. When you can do nothing else, you can pray. So Leo and I headed off to Loyola’s campus and joined the group attending Mass in the chapel.

After nearly 10 years as an employee of a Jesuit university and many more as the great-niece of a Jesuit priest, St. Ignatius has come to mean many things to me. Ignatian spirituality offers such beautiful insight into the world. I love the idea of seeking God in all things, of working for the greater glory of God, of striving to be more and do more.

One of my favorite lessons from the Jesuits is something I’ve learned more recently—the idea that we should give one another the “plus sign.” I can appreciate the thought that when we encounter people, we should presume the best of intentions, give the benefit of the doubt, and try to understand that other person’s perspective. It might, after all, have as much—or more—value than our own.

I also like the idea of the Jesuit examen, looking back on the day to think of what I did and what more I could have done, and considering those who touched my life during the day. When I reflect on the day, the people who come to mind for me are often not the people I would expect to remember, but those who had small but apparently meaningful interactions with me.

That day in the chapel I prayed that we would meet this little baby, that my sister and brother-in-law would have the chance to raise this child. I can’t remember much else from the Mass, even though I’m sure there was a wonderful homily.

But I recall how afterward my son and I were surrounded by community. No one asked me why I had my child with me during a work day. No one wondered aloud why my eyes were red. They just handed my little boy a Fruit-by-the-Foot and a cross necklace and made us feel welcome.

So today, as we celebrate the feast of St. Ignatius, I am thinking of the people who touch our lives in small but important ways. And I’m thinking of my nephew Georgie. We never did get to meet him—and won’t until we get to Heaven someday—but he has had a tremendous impact on my life. And, as I have told our boys, he’ll never be in a saint book, but he’s our special friend in Heaven.