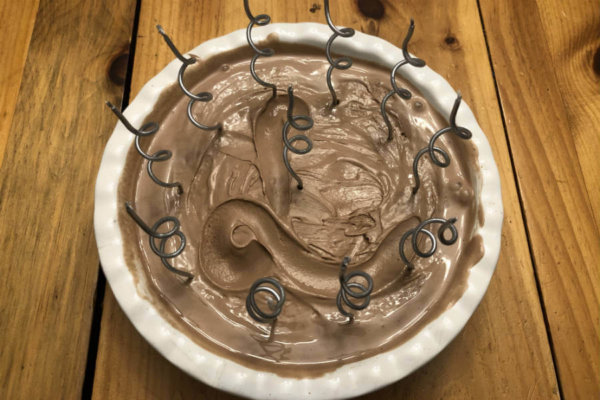 Our older son turns 11 tomorrow. Eleven! It sounds so much older than 10. When we noticed that his school had a half-day the Friday before his birthday, I offered to invite a few of his friends over for a playdate, and he jumped at the idea.

So did the other boys’ moms, thank goodness. I wasn’t sure they would want some random mom they may not even have met picking their children up from school and keeping an eye on them for the afternoon. But they said yes, and we have been counting down to the playdate all week.

It’s not a party, you know, just a playdate, but there’s a birthday involved. So I offered to make a cake, knowing that this is one almost-11-year-old who is not a fan of cake. He thought he might like an ice cream cake, but he doesn’t like all the crunchy crumbs that come on an ice cream cake. So I we settled on an ice cream cake that is just ice cream.

I took a pie plate, filled it with melty ice cream, spread it out, stuck candles in, and put it in the freezer. Definitely the easiest “cake” I’ve ever made. I’ll let you know how it tastes. I’m pretty sure, though, that it will taste exactly like chocolate ice cream.

Update: The candles shed their silver skins when we pulled them out, so we didn’t actually eat it. I think we might have gotten away with this “recipe” with different candles or letting it thaw longer before singing. 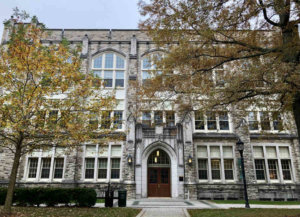 Nov. 10 is a big day for our family. In addition to being Leo’s birthday, it’s my sister Treasa and brother-in-law George’s wedding anniversary (6 years!), and—perhaps just slightly less important—Treasa’s half-birthday.

It also happens to be the anniversary of the day I started working for Loyola University Maryland. This year is my 10th anniversary, so I have been joking that it is my golden anniversary—10 years on the 10th. It’s hard to believe I’ve been there a whole decade—half of my professional career, most of my marriage, and my entire life as a mother.

I’ve been feeling a little sentimental about my connection to Loyola the past few weeks. The campus has been part of my life as long as I can remember. I was baptized in the Alumni Memorial Chapel there, was a flower girl for my first and only time at a wedding there, and made my First Communion in a little chapel in what is now the Humanities Center.

Over the past 10 years, my job has grown and changed. I’ve welcomed new colleagues and said goodbye to others. Not every day is easy. In fact, some days are extremely challenging. But I have the opportunity to work with some wonderful people, and I feel that every day the work that I do has an impact. And that’s a gift. 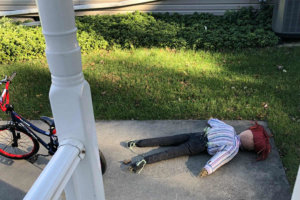 You know Halloween is over when the decorations come down and there’s a scarecrow lying facedown in the driveway.

Every time I saw our scarecrow friend lying on the driveway, I thought for a moment that someone had fallen down.

We will miss our scarecrow, but we knew he wouldn’t last beyond the season, especially with all the rain we’ve had. But we’ll be looking to make another one next fall because he’s been a fun addition to our porch—and, as it turns out, our driveway.

The boys were off for Election Day, so I had scheduled their flu shots for that afternoon. I was planning to take an hour off of work to take them, but our sitter offered to take them.

It seemed like a crazy idea. You can’t have a sitter take your children for shots! Who does that?

But then I thought about it. Our boys have had shots many times without any issues. The doctor is just minutes from our house. And…well…why not?

So the sitter took them. She got them each a milkshake and—because she’s amazing—she knew to get one vanilla and one chocolate. When I got home, no one cared whether or not I had been there. I actually think they thought they were really grown-up to go without me. 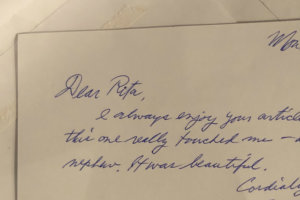 A piece of real snail mail arrived for me this week. That’s news in and of itself. It was a lovely handwritten note from someone I don’t know who read one of my columns and wanted to reach out to say she liked it.

I’m so touched by the fact that she sat down to write and mail a real note to me, a stranger. It makes me want to send more real notes to people in my life. 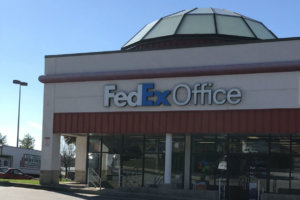 One of my friends mentioned that she and her husband needed another reference for their adoption from China, and I was so excited to offer to be their reference. And I know how adoption works, so I sat down that night to write the letter, had it notarized the next day, and raced to FedEx to ship it to her.

It was like old times when we were paper chasing for our adoptions! Nothing like the adrenaline rush of working against time to get paperwork done so you can be in line for your referral.

I love the idea that we can be part of someone else’s journey to their child from China—and during National Adoption Month too. 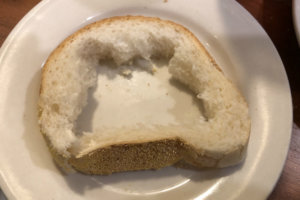 The other day I looked at my son’s plate and saw that he had “finished” his bread. He ate all the soft white insides and left the crust.

I found myself thinking that that’s how we often approach life. We want to take the good parts and leave the parts we don’t like behind.

That’s how I feel about the weekend sometimes. It’s the inside of the bread. And there are times I wish we could trim off the hectic weekdays and enjoy the more relaxing homework-free weekends.

But then…you know…the weekdays might be the crust, but they’re still pretty yummy—especially if you dip them in olive oil with some rosemary and parmesan cheese.

I think my metaphor just fell apart. But I hope you have a crust-less weekend!

And you can read more quick takes on Kelly’s blog, This Ain’t the Lyceum.